By the way, happy 20th TV-Ark. I had a TV site at the time and it became far too time-consuming. But I remember TV-ark starting and now I feel old!

A TV Zone by any chance?

And, I've just realised that it is available here: http://rickyb.fortunecity.ws/tvzone/index.html.

I had no idea that it was online as part of the FortuneCity archive project. It looked good in 1999. Honestly.
:-(
A former member 8 November 2018 10:58pm
Here is the first look: Facebook live has given people a first look at the new site and all the new stuff.. so check out that video.. 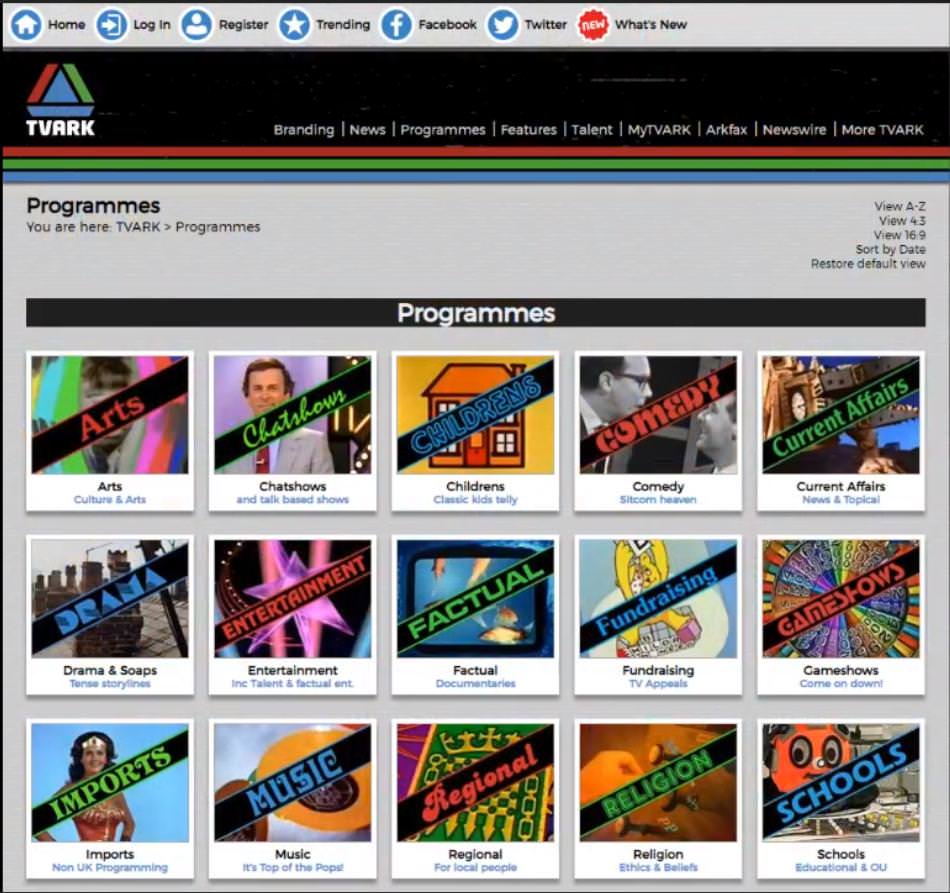 Yeah, it will be worth the wait once it launches
NL
Ne1L C Yorkshire Look North (Yorkshire) 9 November 2018 8:39am
Ne1L C posted:
I agree wholeheartedly. For me TV ARK is one of the best websites online. As somebody who grew up in the 1980's and 90's and remember the launch of CH4, Sky and the ITV 1993 franchises in some detail its a source of memories. Plus as someone on the autistic spectrum its a wonderful tool.

Like many websites of this ilk TV ARK not a professional undertaking. Its done for love and it should be respected for that. Yes I miss it and am looking forward to its return.

Any moaners should either put up or shut up.

Happy Birthday TV ARK and here's to the next 20 years.


Should have mentioned CH5 too

Does anyone know if we are anyway close to an official relaunch date for this website?
:-(
A former member 16 December 2018 10:38pm
Why not ask them...
LL
Larry the Loafer Granada North West Today 17 December 2018 12:32am
The URL change happened quite a while ago, and as mentioned earlier in the thread, they've hit delays because one of the staff had a change of work shifts and can't commit as much time to working on TV Ark. They've said they're trying to aim for a launch before Christmas, but admitted that a launch after new year looked inevitable.

I did ask but got no response.