This site closed in March 2021 and is now a read-only archive
DV
DVB Cornwall 22 February 2017 10:58pm
Partnership brings together unrivaled digital catalog of British content under one ad-free subscription service. Service to feature US premieres of compelling new dramas ‘New Blood’ and ‘In the Dark,’ historical dramas ‘Tutankhamun’ and ‘The Moonstone,’ as well as season premieres of drama favorites ‘Cold Feet’ and ‘Silent Witness’. Special “Now” category of service to offer Top UK soaps ‘EastEnders,’ ‘Emmerdale’ and ‘Holby City’ as soon as 24 hours after UK broadcast.

I guess Corrie might still be shown on a few local stations over there whereas I can't imagine anyone airs Emmerdale.
NW
nwtv2003 24 February 2017 2:07pm
Corrie used to be on Hulu until it was removed last year, but surely Hulu's rights would have expired by now?
DB
dbl 25 February 2017 12:17pm
This is what it looks like, within the US: 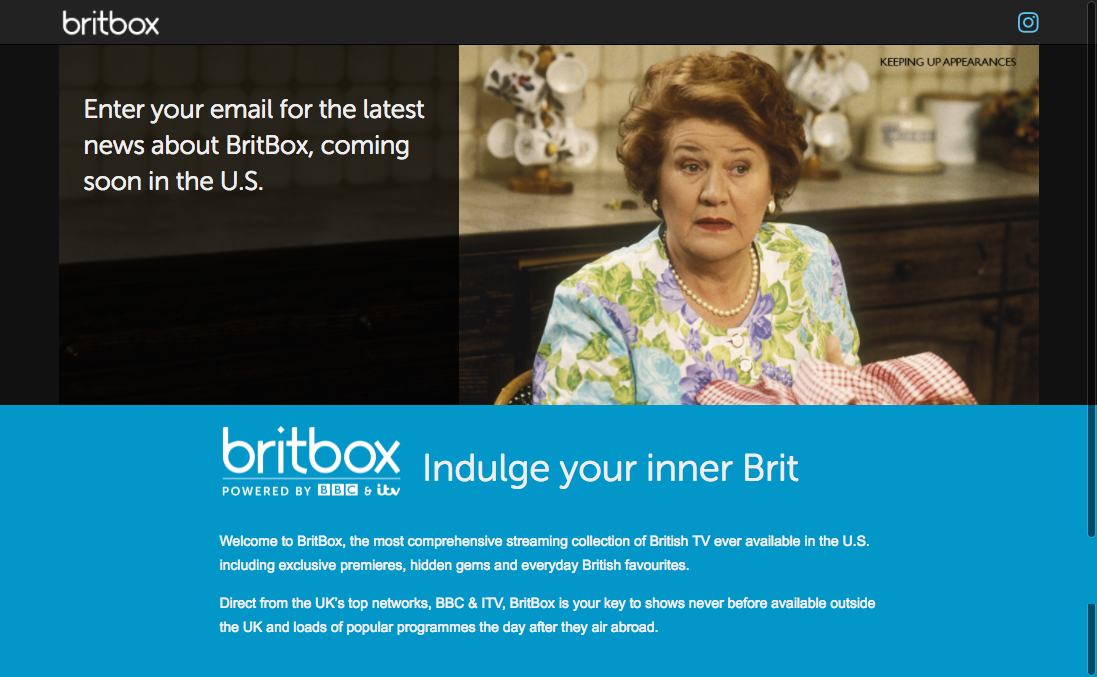 Still a slate of sorts.
Last edited by dbl on 25 February 2017 12:38pm
JA
JAS84 25 February 2017 3:55pm
nwtv2003 posted:
Corrie used to be on Hulu until it was removed last year, but surely Hulu's rights would have expired by now?
I would imagine the rights expiring was WHY they removed it. I didn't know they had it in the first place. Thought it hadn't been seen there in years.

Previous Next
This was first archived on 4 September 2017