RD
rdd Founding member 5 October 2019 8:23am
Saw an advert for Sky Q in the Irish Times this morning that intrigued me.

It features a picture of a new remote that is essentially the Sky Q mini remote but with a blue microphone button below the home key, where the mute and info keys are currently. The tag line is “Voice control, easy”.

Is it just a newer version of the voice remote, or an improved voice control feature? Strikes me as it being ages since Sky made an improvement to the Sky Q platform- Netflix integration being really the last.
HA
harshy Founding member 5 October 2019 4:38pm
Sky Q should be introducing HDR they cant even do that.

I’d wondered if they were phasing out the touch remote. Judging by comments online and from friends, it seems not everyone likes it.

Personally I’ve persevered with it, but I still don’t think it’s as easy to use as the Sky Q mini remote, and there are some illogical things about it such as why the buttons at the top of the silver circle are touch-sensitive, but the ones at the bottom are clicky. I’m also forever over-shooting when trying to fast-forward an ad break with it.

Perhaps Sky is responding to user feedback and replacing the Touch remote.
WO
Worzel Anglia (West) Look East (West sub-opt) 9 October 2019 5:28pm
The latest generation Now TV sticks come with voice control via the remote. Very hit and miss with what they understand.

PFMC84 UTV Newsline 10 October 2019 9:13am
In the Sky Q ads, they had the various actors saying different statements to the remote in order to bring up certain shows/films.

I tried copying this on a friends system to see if it worked... it didn't! I was using the same statements used in the ads. I even tried various accents to see if that made any difference!

I tried copying this on a friends system to see if it worked... it didn't! I was using the same statements used in the ads. I even tried various accents to see if that made any difference!


When you speak, it transcribes what you said back to you. I've always found the transcription to be good.
RD
rdd Founding member 11 October 2019 9:26pm
The advert appears to be part of a campaign running over here in which various things to do with Sky Q are declared to be “easy”. I haven’t seen that particular one since but the different remote intrieged me. Personally I like the Sky Q voice search but the need to have the remote in your hand renders it a bit pointless for changing the channel unless you don’t know the number.
TV
TVLand UTV Newsline 13 October 2019 4:25pm
Sorry for the bad picture quality, but the remote your talking about is pictured in the Setup - Remote Control section of the Sky Q Box. 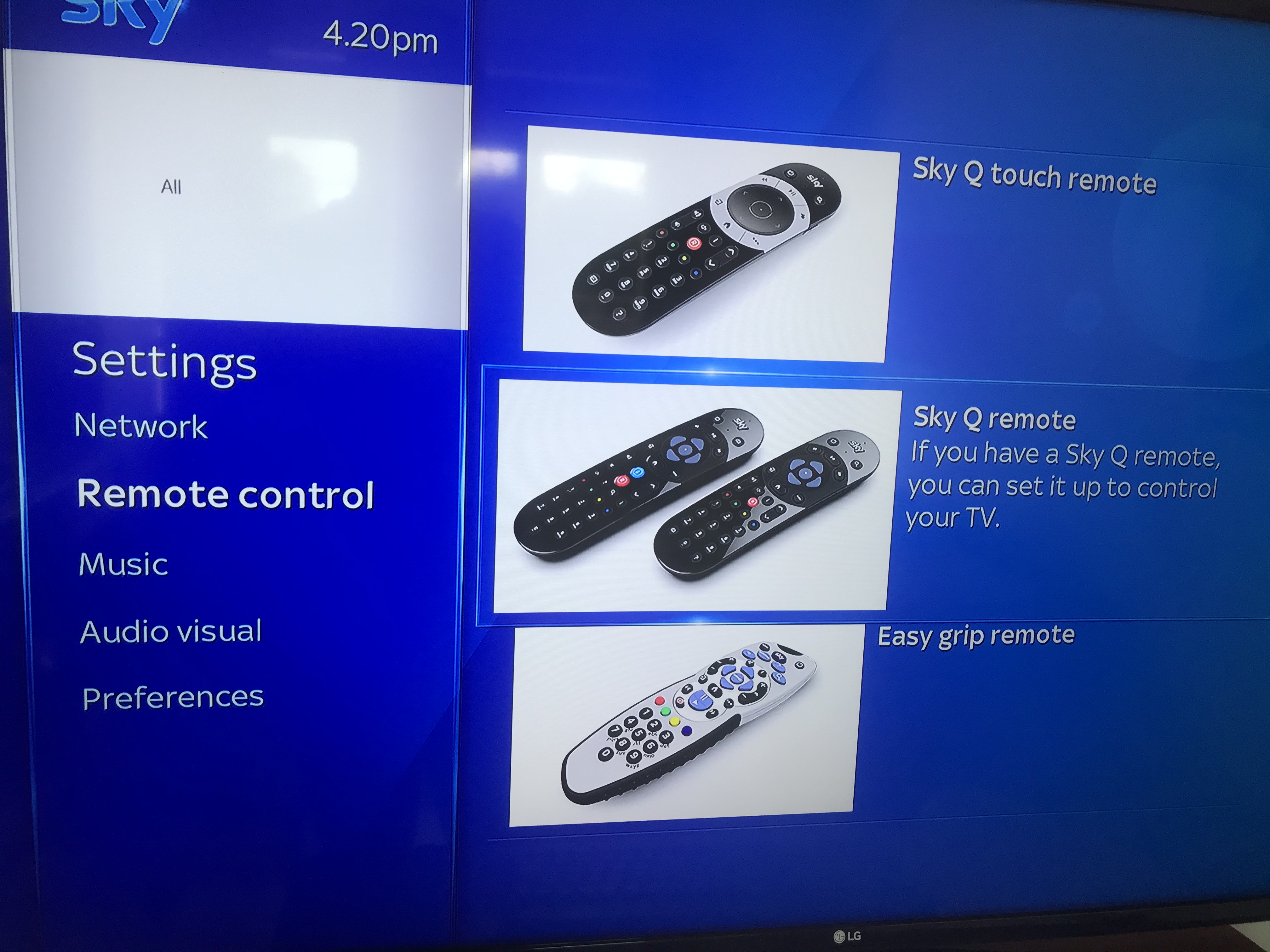