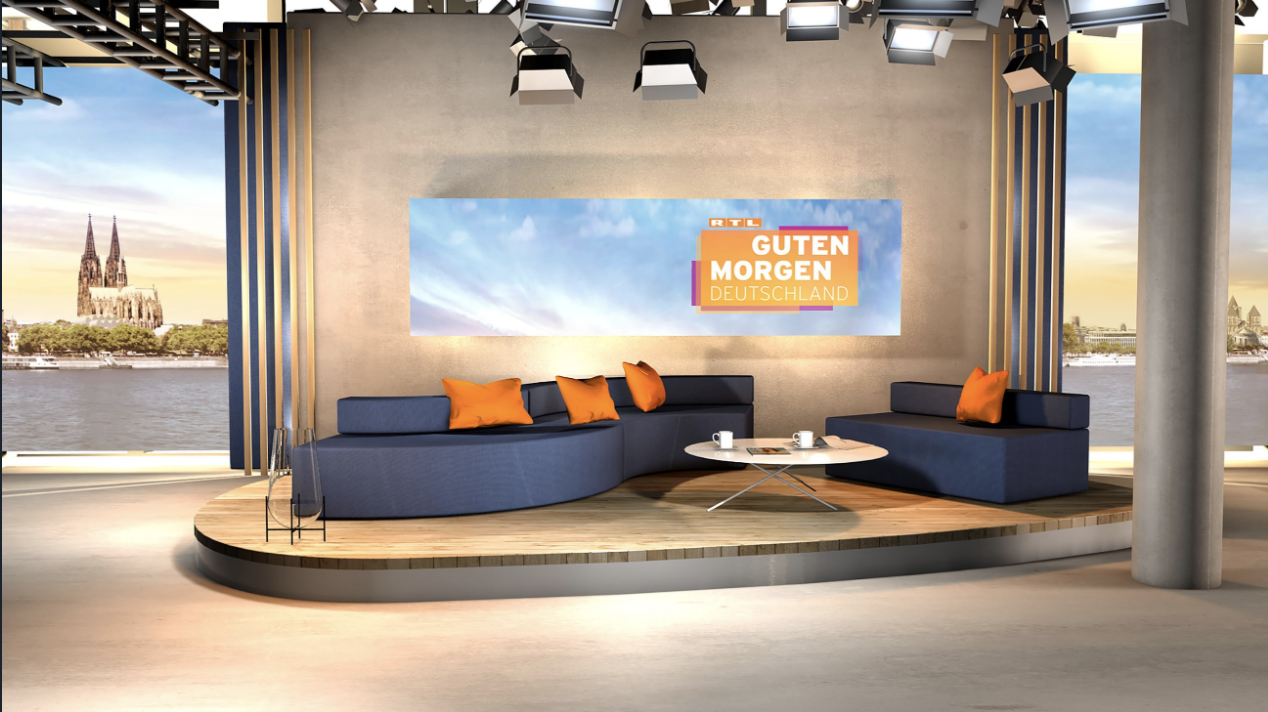 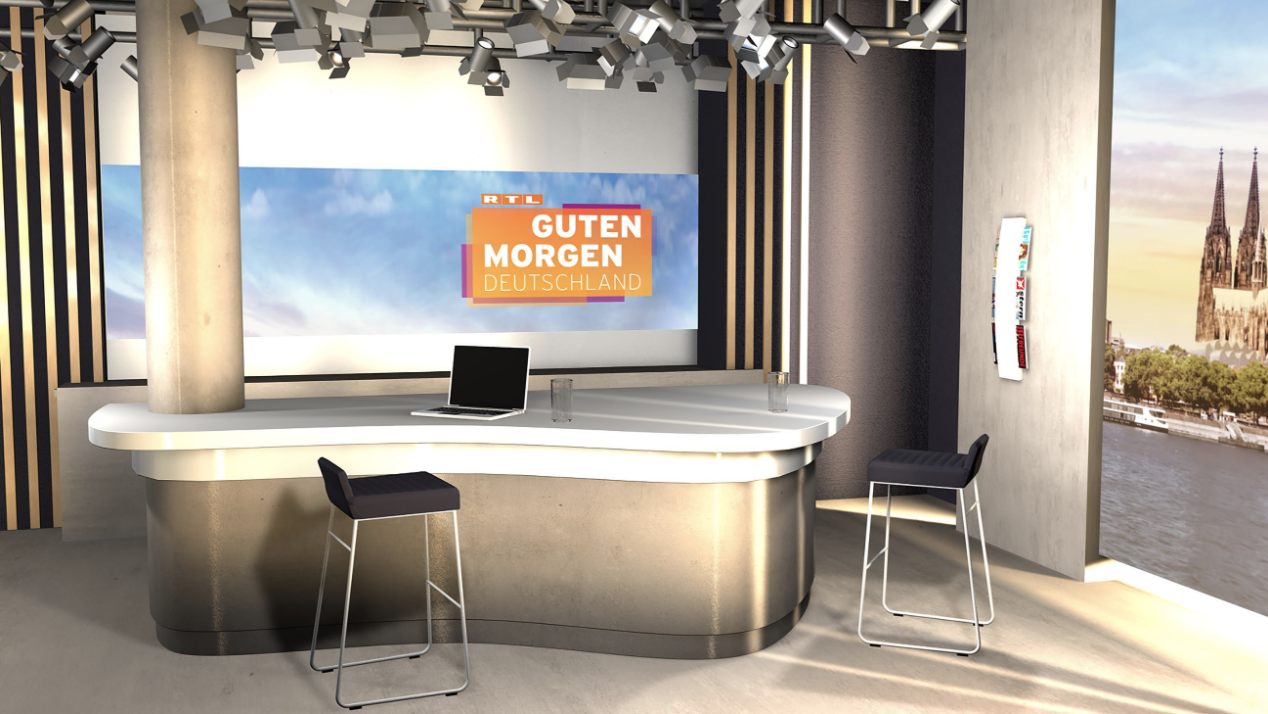 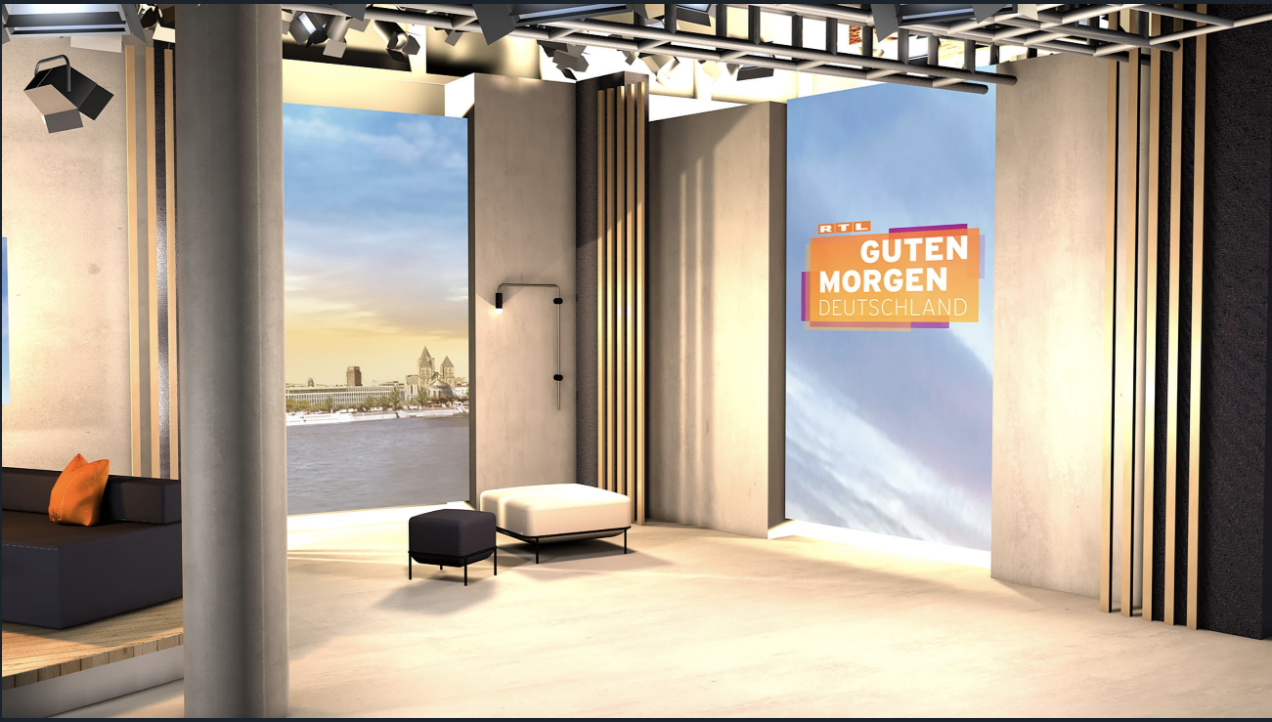 RTL's show is beaten in the key demo group by Sat.1's Frühstücksfernsehen each day, and the new studio is part of an effort to gain back some ground. The show also recently moved its start time to half and hour earlier.

It's great there are others here who know lots about german broadcasting, I'm not an expert so please correct any errors or add other information!

From yesterday's schedule, a closer look at the presentation of Das Erste - the main national channel from broadcaster ARD. Member regional broadcasters provide content for the main channel.

Transitions between programmes and / or trailers is done by a 'rolling up' animation and 'swoosh' sound as shown here - the junction between the end of the news update and afternoon magazine programme Brisant.

Interestingly, although ARD (and ZDF) are financed through a monthly levy of €17.50 charged to all households, ARD is allowed to show commercials between shows apart from during primetime. This is shown below in the junction at the end of Brisant into some show trailers and then into the commercials. We also see adverts for the Das Erste Audiothek (Audio player) and the fact that some show are already available on the Mediathek (iplayer) or will be shown again later on a different channel.

Here's the junction at the end of the commercials into daily quiz Gefragt Gejägt (The Chase). You also get to see a common feature of german television - the 'just one more commerical' and timer countdown into the next programme.

At 20:00 every night, the Tagesschau is broadcast - the main news programme of the day that is usually one of the most watched shows on television every day. It is 15 minutes long. Here is the countdown to it beginning.

After the Tagesschau, at 20:15, primetime begins. 20:15 is the standard start time for primetime across all channels, as they all line up their schedules to begin primetime at 20:15 as so many people traditionally watch the news on Das Erste.
Here's the transition straight from the end of one show, straight into a 'ident' style introduction of 'Crimeshow Thursdays' before the Crime Drama begins.