A founding member since 28 September 2001

Something picked up on by the The Ident Gallery first but that seems to have largely slipped by unnoticed as they're so similar and reuse so much of the same footage. While there's only one new ITV Creates piece of art per month this year, the idents themselves seem to be getting a mid month refresh around the nearest Monday to the middle of the month. In January a second batch of idents were introduced on January 18th (complete with the similar pre-recorded announcement at 6am that normally comes at the start of the month), and in February these were introduced on Monday 15th February. 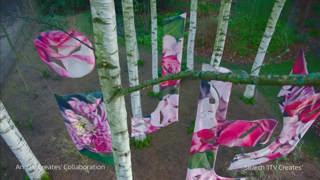 
In the modern pres world where everything is normally spoiled by press-releases and leaks in advance, it's nice for something so subtle to go out with such little fanfare.

So, which one of you wants to own up to sending this one in then?