White lower thirds on those screens too, so it’s pre-Reith.

Some photos I have found from the time. I think it’s probably safe to share these now! Bear in mind these photos were taken in around 2003.

This is the BBC World pres suite after the Europe stream had been added and after the installation of profile server to replace the Odetics. The fourth screen along very top row of monitors is labelled Loop and that was the line which played the breakdown loop every hour, and the countdown to the top of the hour. Next along is LD1 which we obviously kept for the Ident into other programmes. The larger screens in the middle of the photo are (left to right) Schedule display, preset (next item), TX Out, preview (showing the picture box/Aston comp menu) and Europe TX Out. 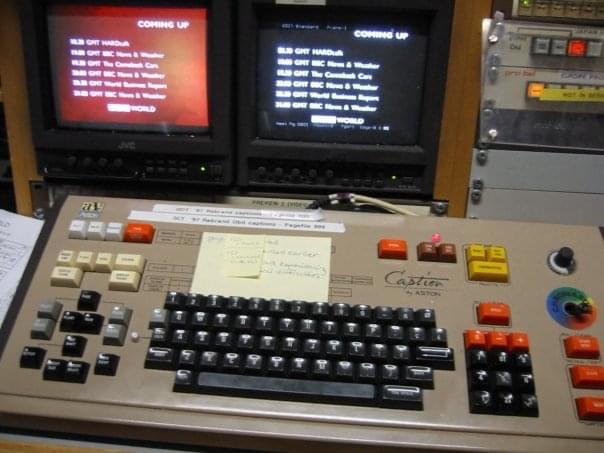 And finally the stack of VTRs for programme and weather playout. There were evidently 5 of these and 5 in the Odetics. I misremembered 6! 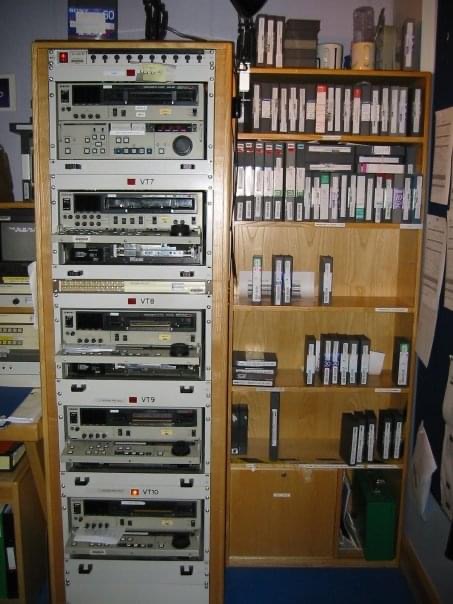 The programmes for the day and the next day were delivered and put on the bottom two shelves. The large tapes on the top shelves were standbys, fillers and emergency tapes.

It sometimes doesn’t seem that long ago, but it looks very old hat now!