I first came across TV Home 20 years ago, thanks to the novelty of unlimited, relatively fast internet at the college library (it had its own dedicated microwave link).

While my peers spent all their time on those websites that allowed you to send free SMS text messages to their mates Nokia phones, I was enjoying TV Home's coverage of News 24, BBC World and the ITV regions. (It seems ironic that as ITV regions became easy to receive across the UK, unique regional presentation was ditched.) TV Forum provided a great extension to TV Home. That plus a read through of the library copy of Broadcast magazine with the latest news on the downfall of ITV Digital!

My college days ended and back on dial-up internet for the next few years, I only occasionally checked into TV Forum, but I always liked the higher level of civility here than on other forums and with hindsight I wished I'd come over here sooner or not bothered with the other place. I was really touched by the kind words from this forum when I closed my website (a516digital) two years ago.

Thank you Asa for all the time and effort that went into creating and maintaining this forum and of course the original TV Home, providing a platform for many happy memories.

As this chapter of your and our lives ends, I wish you all the best for whatever the future brings.

Time for me though to step through to the other side... Goodbye!

It's taken years to appear - but we now have an example of the short-lived BBC World branding from Monday 31th March 1997 - Friday 24th October 1997.

You'll already be familiar with parts of the graphics package - perhaps unconsciously - because it was used for the Princess Di Breaking News coverage on 31st August 1997. 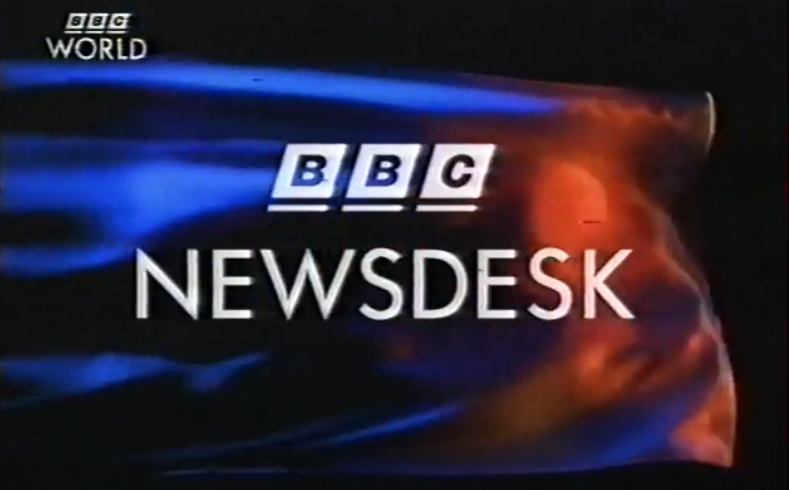 It's extracted from this recently uploaded video, which unfortunately only captures the preview, not the actual opening titles.

As you can see it's an iridescent flag, which in the opening titles would 'blow' in from the left. It replaced the original BBC World 1995 branding, which featured a globe, some flags and the programme name in a box.

BBC World was given an extensive makeover at the end of October 1997, with new idents, logo, graphics and schedule from Sunday 26th October 1997.