Latest post in CNN Center will be sold and closed

MO
Mouseboy33 30 June 2020 4:03am
This is the new west coast building in LA (Culver City) that will house the AT&T westcoast operations for the Turner channels (TBS, TNT, Etc.) as well as the new home for HBO and CNN LA Bureau. So it will be leaving its West Coast Tower that had the CNN Logo at the top. 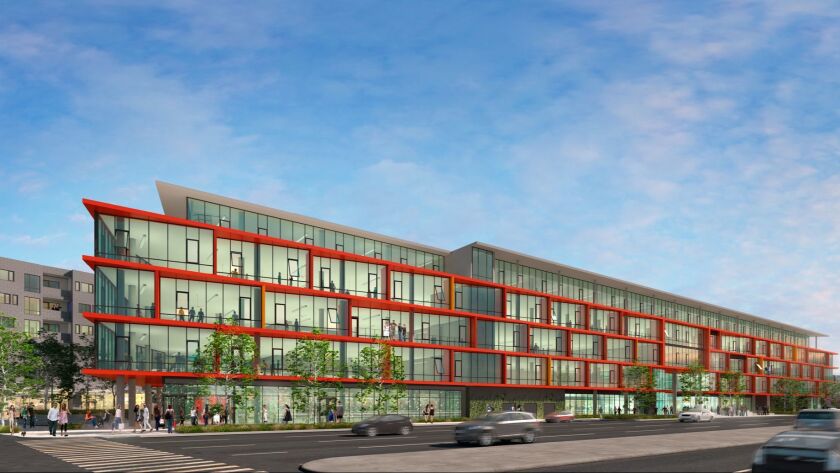 Quote:
HBO has agreed to lease a five-story office building under construction on Venice Boulevard in Culver City as the premium cable network cements plans to abandon its longtime corporate offices in Santa Monica.

HBO’s new home — beginning in 2021 — will be part of the Ivy Station mixed-use development, a $350-million project that will include apartments, restaurants and shops. The site is adjacent to the Culver City station of the Metro Expo Line.

The developers on Wednesday announced that HBO, which was recently scooped up by AT&T Inc., would occupy all 240,000 square feet of office space in the complex. The cable network has been based at Colorado Center in Santa Monica since 2004.

Once-sleepy Culver City, the longtime home to Sony Pictures Entertainment, has been enjoying a cultural renaissance as Amazon Studios and numerous advertising and digital media shops have leased there.
Advertisement

Last year, Amazon Studios moved into historic Culver Studios, and later decided to lease 75,000 square feet of office space at the new Culver Steps development across the street. Trendy restaurants also have moved into the neighborhood.

The Ivy Station development, scheduled to be completed next year, is bounded by Venice, National and Washington boulevards, with most of the complex in Culver City and a small part in the city of Los Angeles.

Tom Wulf, executive vice president of Lowe, one of the developers, said Ivy Station was attractive to HBO because it has easy access to public transit, lodging, shops and restaurants.

“HBO is an ideal business anchor,” he said in a statement.

HBO had been hunting for new digs for some time. With its lease in Santa Monica nearing its end, the network initially considered moving into a new Washington Boulevard office building near Culver City’s art gallery district, but Apple Inc. ended up leasing that space instead.

News of the eventual move comes as HBO undergoes a major revamp as its new corporate bosses prepare to launch a streaming service later this year to compete with Apple, Netflix Inc., Amazon.com Inc. and Walt Disney Co. The streaming service will showcase programming from HBO and other TV networks, including TBS and TNT, which now are owned by AT&T.

HBO has been directed to expand its programming pipeline just as its signature hit “Game of Thrones” unfurls its final season. The marching orders came from AT&T, the Dallas telecommunications giant that last summer spent $85 billion to acquire Time Warner Inc., which was the parent company of HBO and its sister network Cinemax.

Last month, Stankey shook up the corporate suites at several of the media properties, including HBO. Its longtime chairman and chief executive, Richard Plepler, abruptly announced his departure, followed by the former head of Turner, David Levy. Stankey named former NBC Entertainment Chairman Bob Greenblatt to take over HBO and several of the Turner networks.

WarnerMedia Entertainment Chairman Greenblatt will work at the Ivy Station campus alongside the HBO staff. The New York company said Wednesday that it hasn’t finalized all its staffing plans for the new offices in Culver City.

Ivy Station is envisioned as a roughly 500,000-square-foot campus of contemporary-style, mid-rise buildings. It will feature 200 apartments, 50,000 square feet of ground-floor retail and restaurant space and a 148-room hotel. The brand of the hotel will be identified later, the developers said.

Financial terms of HBO’s 15-year lease were not disclosed, but landlords in the area typically ask for about $4.50 a square foot a month, according to statistics compiled by real estate brokerage CBRE.

Lowe expects the complex to be a busy way station on the Expo Line, which arrived in Culver City in 2012 and now carries more than 60,000 riders each weekday, according to the Los Angeles County Metropolitan Transportation Authority. The complex will have 1,500 underground parking spaces, 300 of which will be dedicated for use by Metro passengers.

The station is also served by multiple bus lines, and there will be a bike-sharing outpost and a staffed, enclosed bicycle station where nearly 400 cyclists at a time can safely park their two-wheelers or have a bike mechanic repair them.

The name “Ivy Station” is one of the oldest relics of Culver City.

An early 20th century map of the Pacific Electric Railway connecting Los Angeles with the coast shows a junction of two lines at Ivy Park, where Culver City now lies. A Mission Revival-style electrical substation was built in 1907 to converted alternating current to direct current for the railway, and it still stands on Venice Boulevard, where it is now used as a theater.

To me that VM News opener look like a free stock animation open you can purchase online.