Critique posted:
Not sure for how long they've been using it for but South Today used an *interesting* green screen set-up for the start of the programme tonight: 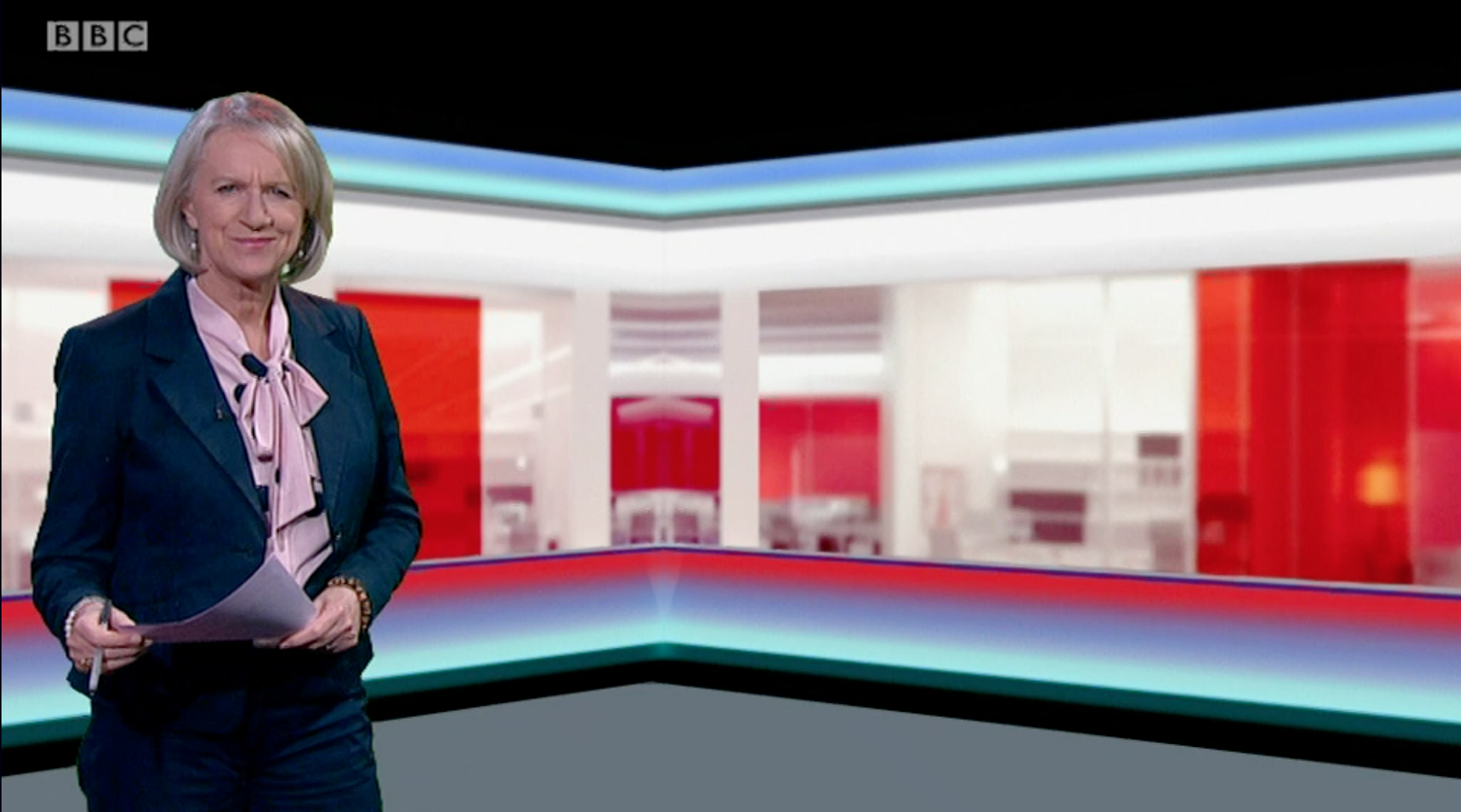 As you can see, it's a pretty basic recreation of part of their set, and was used for the headlines and the top story. For the most part, it was obscured though by some Coronavirus explainer graphics. When these first animated on, the angle that the virtual set appeared at rotated slightly to give the illusion that it was a proper virtual set, but as the presenter remained in the same position and at the same angle I don't think they would have fooled anyone!

I initially presumed that they'd had to shift the entire programme to a temporary CSO set for some reason, but after the top story they were back in the sofa section of their studio and the CSO set didn't appear again. They have a hard set with desk and screen too, which doesn't seem to appear in the 6:30 programme at the moment (but I think does still during other bulletins), so a bit strange that've gone for done a half-hearted mock up of that space.

Whilst it is nice in a way to see regions trying different things out, it does look decidedly low budget and not great on screen (especially the flipping of the backdrop at the 'corner' of the space - surely they have access to some longer Lightwell backdrops than that!). Whilst they clearly have less freedom than their BBC counterparts, I think things like the above demonstrate the difference between the consistent high quality of presentation and graphics (excluding the dodgy studios!) in the ITV regions versus the more... variable quality found across the BBC regions.

I believe they have used this before but not since 2012/13. I am wondering if Sally was doing this from the weather screen, I am guessing they dont have to use camera men in the studio at the moment hence why the desk is not used on the main bulletin as the camera does not need to be repositioned to the sofa half way through. This is only a guess though.

The programme streams on Netflix around the globe and is regularly in the top 10 following release.
RIP Chi Chi, it is very shocking news to all fans of the show.