A founding member since 25 December 2001

Meridian AM posted:
Markymark posted:
Castries posted:
Turned it on and there was some dreadful 'world record setting' attempt at changing a nappy on a doll. Flicked back to the start, found it was all a bit shouty and echo-y. I just can't work out who would want to watch this - this has been dumbed down as far as TV can go, what a waste of the talent and Channel 4's remit. 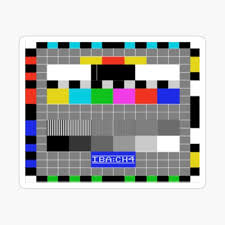 It was schools programmes and Sesame Street when I was a boy. Good times

Bring back 'Stop, Look, Listen'. And 'How We Used To Live' - guaranteed ratings winners from ITV Schools on Channel 4.

It is a shame viewers have dropped dramatically since the show began. Have not seen it yet so can't comment on the content.

ITV rebranded all their channels nationally and locally overnight in 2013 and their websites without any issues or messing about.