Bail posted:
Search the council for the actual planning application, I *think* we found it in this thread at some point: https://tvforum.uk/tvhome/broadcasting-house-salford-quays-31415


I think I've been through every single planning document for NBH, which bizarrely include Building Control Applications for the installation of the TV sets in the the studios (although, unfortunately, no plans). The issue is that the final plans - which include the non-structural walls for galleries, Studio E, etc. - are not around until 2009. But, none of those plans actually include floor -1. Every floor above and below is included somewhere post-2009, but I'm yet to find one that includes the main newsroom floor.

But I do recall a few images from around the time of the launch, such as the second image above, that showed the layout of the newsroom complete with Studio E.

After many weeks of the researching, planning, building, demolishing and rebuilding, it's finally here - Studio N8 as it looked between April 2002 and October 2003.

Firstly, the headline shot - something I hope bears more than a passing rememblance to this publicity image. 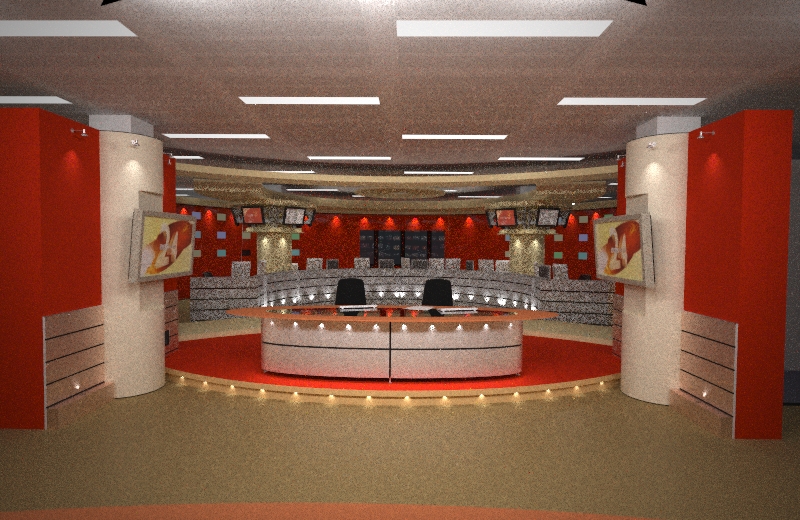 Here are some more general shots. 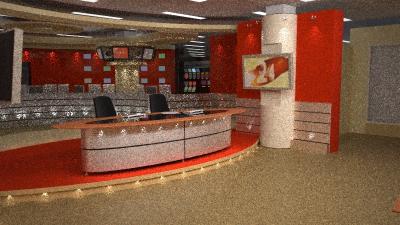 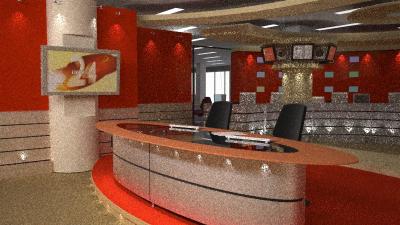 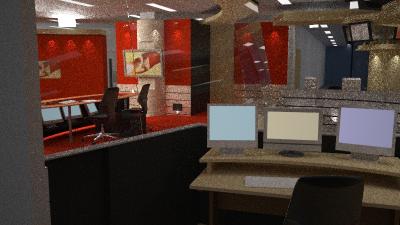 The graininess is largely a consequence of putting the ceiling on, so I've done two renders of the wide shot - one with ceiling and one without. Although the 'without' shot is less grainy, I personally prefer the 'with' shot. 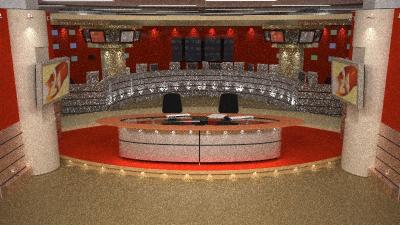 And finally, here is an overview of the entire set.

I haven't included cameras etc. for now, as I wanted to focus on the set itself first. Though, zooming around the set in SketchUp, it has occured to me how much this set was short-changed by the use of largely static camera shots. Because the set has so much depth to it, panning shots would have looked incredible.

PS A big thank you to those who helped me with my queries about the set and found some amazing behind the scenes shots and to Bail for allowing me to use his superb recreation of the era's graphics for the side screens.