I’m gonna be honest, the only improvement I’d make is with the BBC Alba logo, which is slightly inconsistent in comparison to the other logos - I’d suggest making it uppercase instead.

On the gallery, there have been some BBC rebrands lately, so I thought I'd throw my hat into the ring. As the BBC approaches its 100th anniversary (in 2022), I thought I'd do something rarely done on this forum. By that I mean creating a major redesign of the BBC's logo, and modernizing its branding across TV, online and radio to fit with the changing times.

Firstly, the logos. In terms of the TV Channels, each channel (besides BBC Three, which keeps its recently-introduced custom lettering) now has a different variation of the BBC Reith font, their colours intact. CBBC only has a minor rebrand. While CBeebies has its first major redesign of its history. The nationwide radio stations (BBC Radios 1 to 6 Music) took some considerable amounts of time to perfect, but I managed to present them in a streamlined fashion in the end. The nation-specific stations, and the BBC World Service have their own distinct styles. In terms of online services, I decided to give BBC iPlayer a much-needed facelift by "reitheing" the text, and putting a "play" symbol within the "e". All other brands have had minor facelifts. Here's the revamped branding in its shining glory: 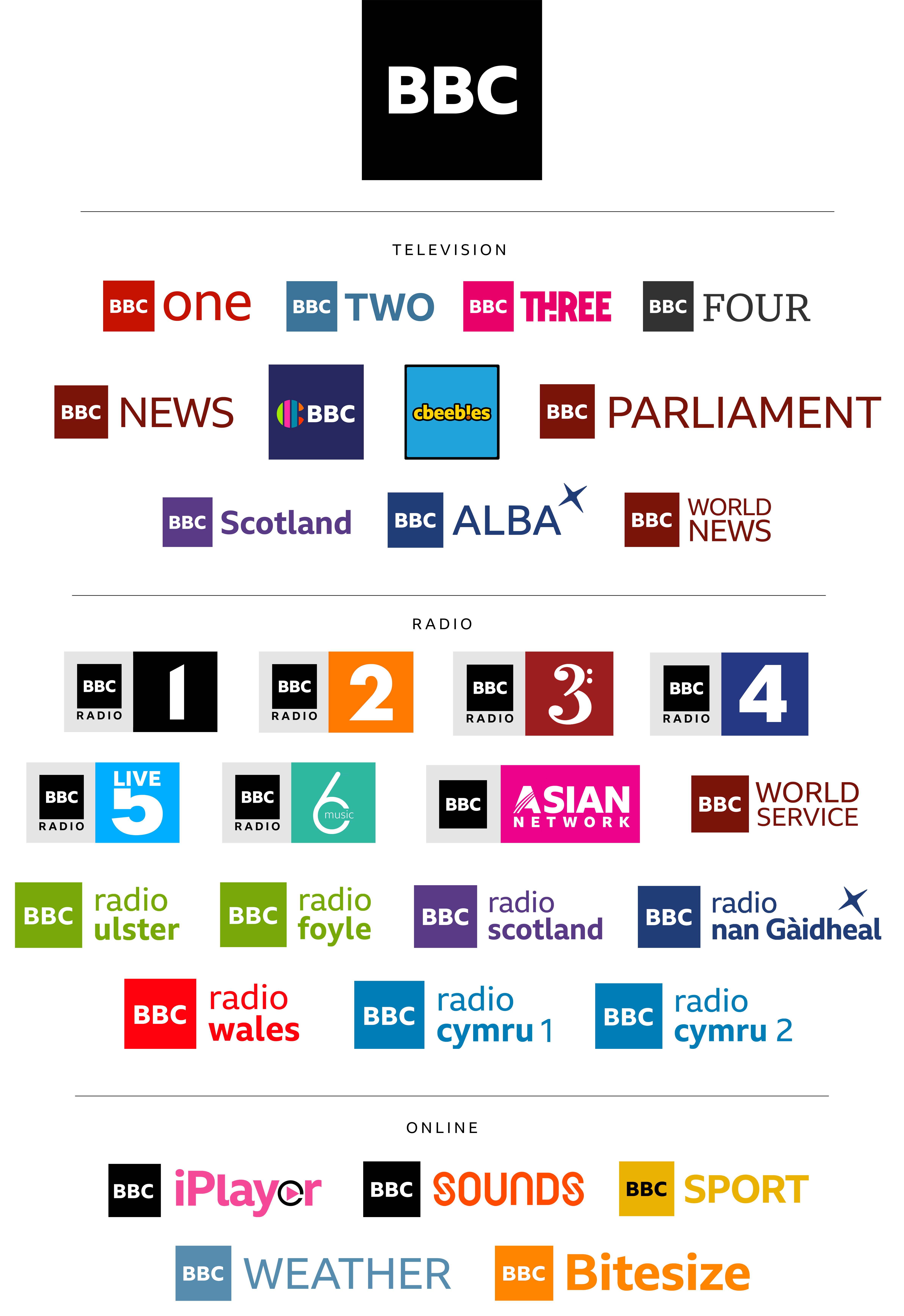 Next, I moved on to designing promos for the four flagship channels (BBC One, BBC Two, BBC Three and BBC Four). I wanted to give them are more unified look, with each channel having a similar on-air presentation on menus, ECPs, and promos, but excluding idents (which I'll get to soon). Here's what makes the channels' respective presentation unique: BBC One's pattern moves left, BBC Two's pattern moves to the right, BBC Three's pattern moves upward, and BBC four's pattern moves downward. 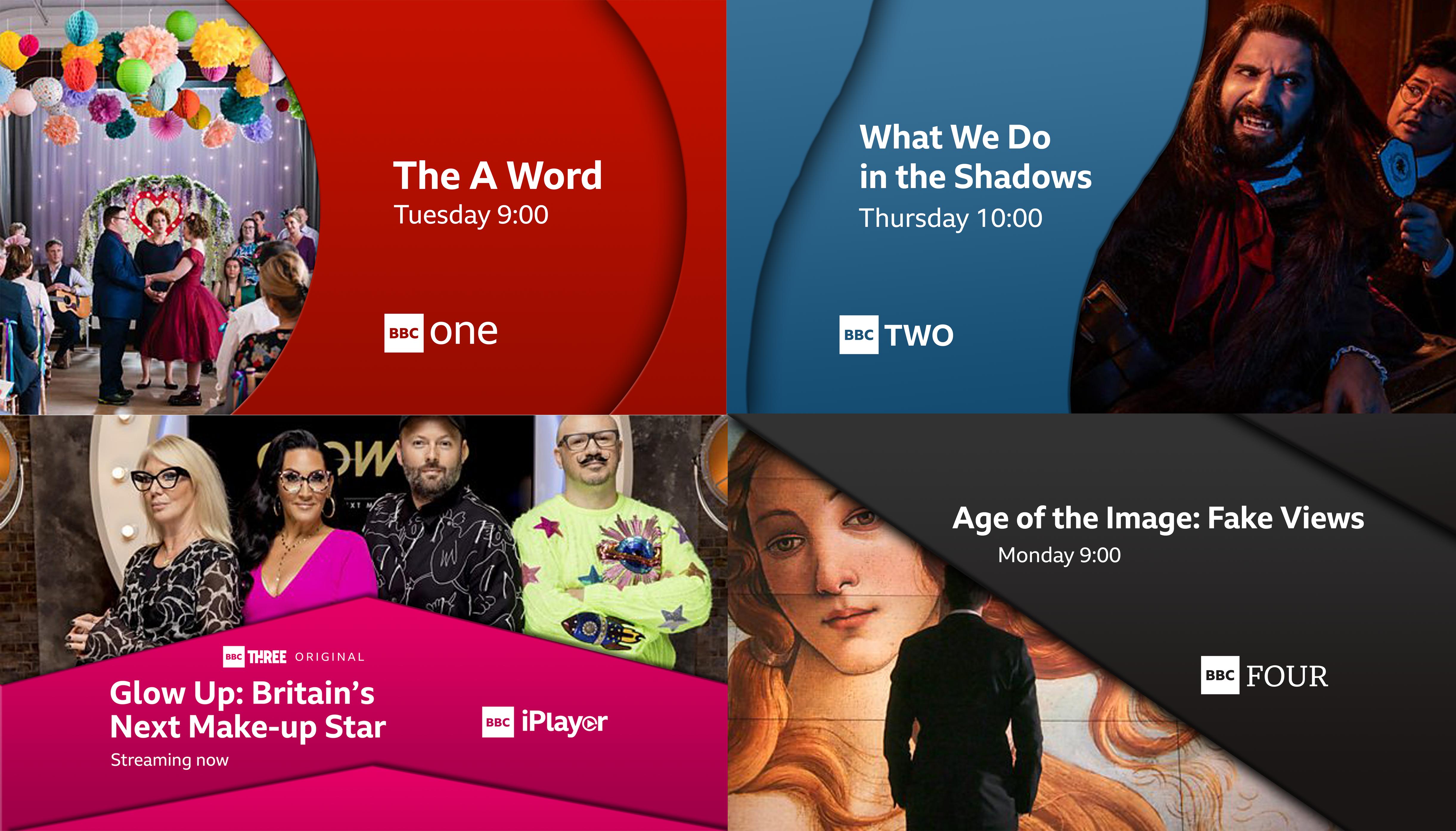 Speaking of ECPs, I created a cross-channel EDP that embodies the respective patterns for BBC One and Two. I will show more examples as the process goes on. 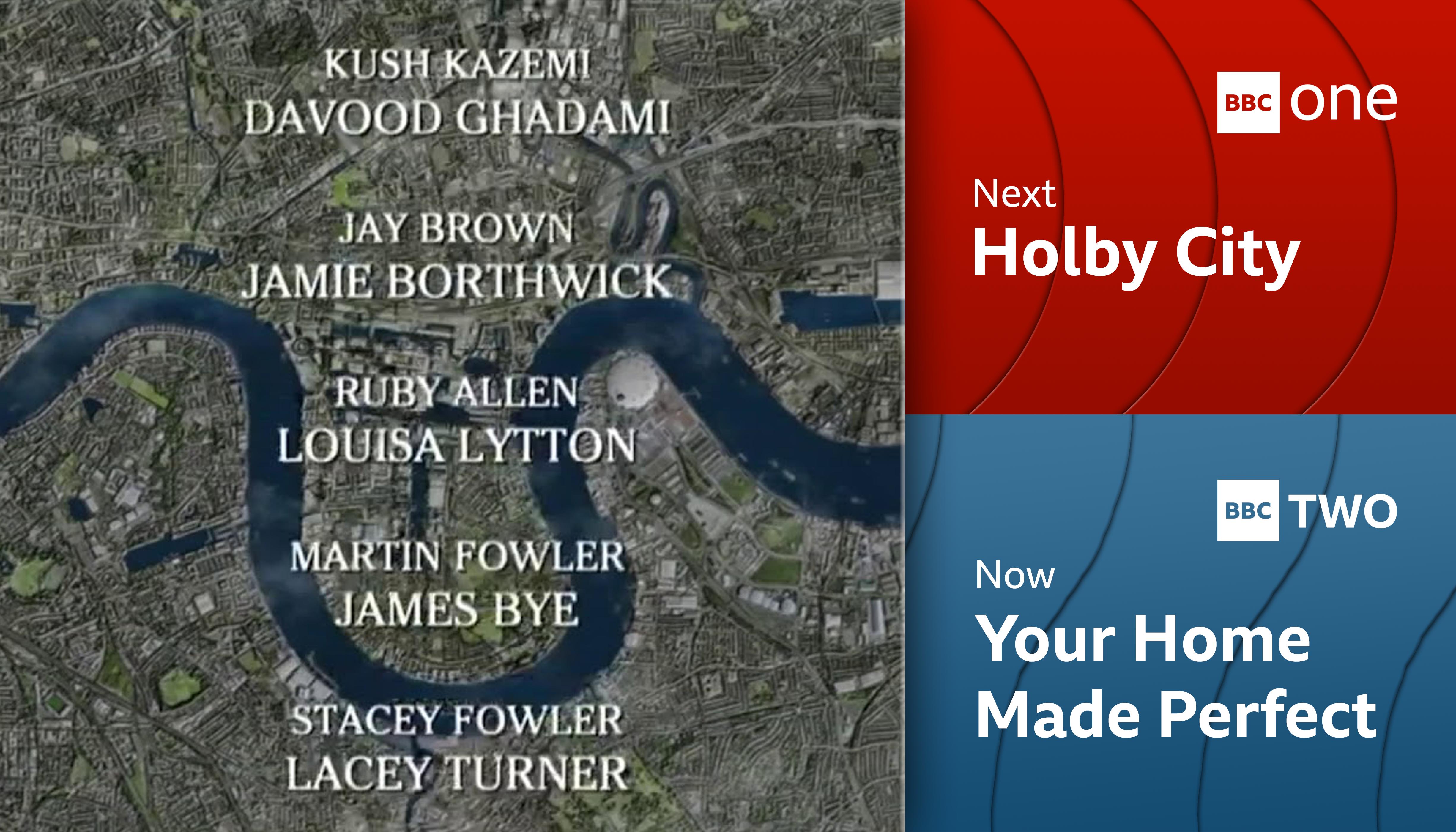 Lastly, as a bonus, I made a breakdown slide for a bit of fun. This incorporates BBC One's "red circles" pattern. 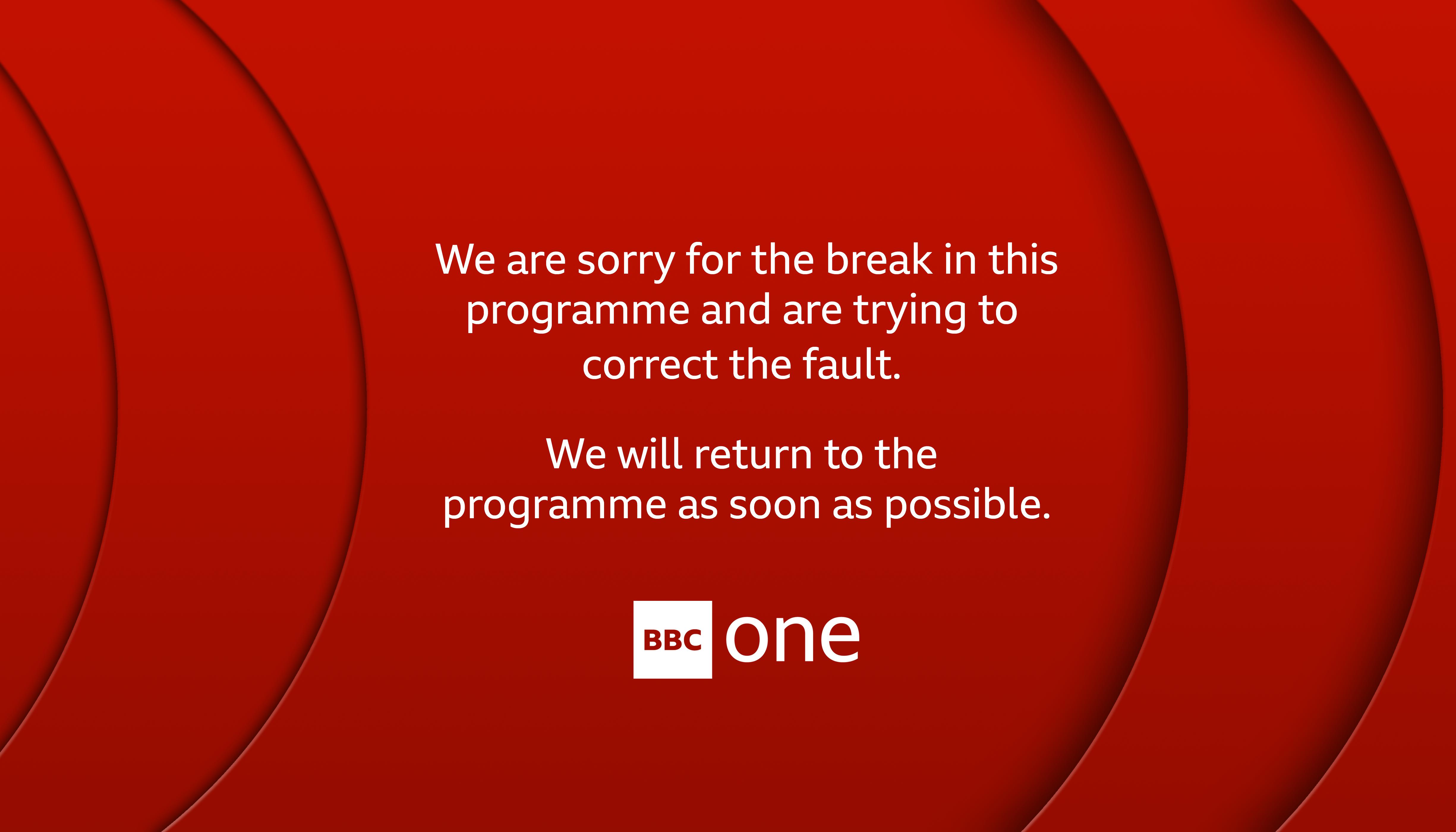 To wrap things up on what could be a revolutionary project for me, thanks to anybody who wishes to check this rebrand idea out - overall, I think this is a work of art. I certainly look forward to hearing your feedback!