This site closed in March 2021 and is now a read-only archive
Previous Next
GL
Gluben 11 December 2015 2:14pm
Jonny posted:
chris posted:
Jonny posted:
Gluben posted:
I can't unwatch that. Awful stuff, but like most Red Bee Media stuff (and other idents of their kind), the people who make them truly believe they have made something special and memorable. It's so frustrating.

It looks like a classic example of something being a lot more fun to make for the people involved than the actual end product delivers.


That particular audio agency produces consistently mediocre work yet seems to be the BBC/Red Bee's go to agency for the last 5 years or so. Frustrating is the word.


If what they're saying is true about being given 24 hours, I think they did a pretty good job!

I was just going to add that amendment to my post! But it just sums up the ridiculousness of the whole thing.


Indeed, and whilst I get that they had a short time (which I don't blame Red Bee Media for), they have produced similar stuff without the time constraints. But yes, they should've been given more notice.
MR
mr_vivian 11 December 2015 3:30pm
Two.. Two.. Two... Twooo... Twooo.. Twooo

It's the sort of music that should be played in a torture chamber.

"Please god make it stop! OK OK I'll tell you where he is"
AR
Argybargy 11 December 2015 4:57pm
I'm really trying to find something to like about this year's BBC Two Christmas Ident package. But it's just all a bit too naff with that two-two-twooo singing. It wouldn't have been so bad if they'd kept the idents with their respective original soundtracks.


I agree, it's all so different now. Maybe the fact that the idents used to air for only 3 days did make them feel that bit more special. The current set have already been in use for a week and a half. And there's still 2 weeks to go until Christmas Day.
JU
Justin 12 December 2015 2:41am
Interceptor posted:
Lambie Nairn are capable of knocking out naff stuff too.

Apart from the dancers, LN really hadn't made any missteps (albeit they had a much larger budget to work with then). There was a point during the 90's where every channel you saw had Lambie Nairn's design in them (ie: Channel 4, BBC1/2, Carlton). It's quite frustrating to see Lambie-Nairn basically cut out of the running when execs decided to rebrand now.
Last edited by Justin on 12 December 2015 5:46am
MR
mr_vivian 12 December 2015 2:44am
I wanna see the 2 with all the lights
Last edited by mr_vivian on 12 December 2015 12:20pm
CA
Cavan 12 December 2015 9:02am
623058 posted:
EH? All four of those idents have aired. Mind you the first one has been dropped while the other three are on rotating for every third junction. 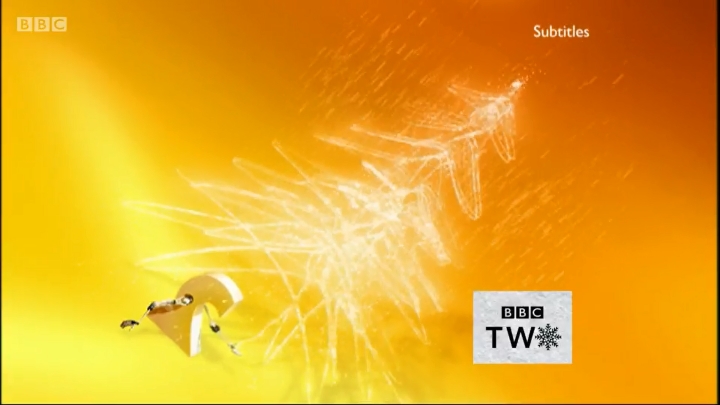 Yep, and it's just been used again. They seem to be very keen on rebuking your statement.

Yep, and it's just been used again. They seem to be very keen on rebuking your statement.

ALAS it will not be used for Eòrpa jct it will be one out.