There was a very nice ending to tonight's BBC News Bulletin simulcasting on BBC One and on the BBC News Channel by Sophie Raworth.

The ending included a different mix of BBC News Music when the bulletin had finished. Can anyone tell me what year was that special music mix created? If anyone has a shot of the ending it would be nice to put it up here.
MB
Media Boy 25 December 2014 12:05am
David Lowe did the music especially this year. I will upload the clean version tomorrow.
SA
salfordjohn 25 December 2014 9:03am
Wonder if they'll use the clip of Quentin Somerville giggling in front of the burning drugs as part of the next countdown compilation.
EA
eanok 25 December 2014 4:05pm
Just noticed that they've made a little tweak on the tellys served as the backdrop. Normally it would display footage from the gallery but at the end of today's lunchtime bulletin it turned into red-green square tiles, which I quite like because of its subtleness.

I wonder have they done this before? 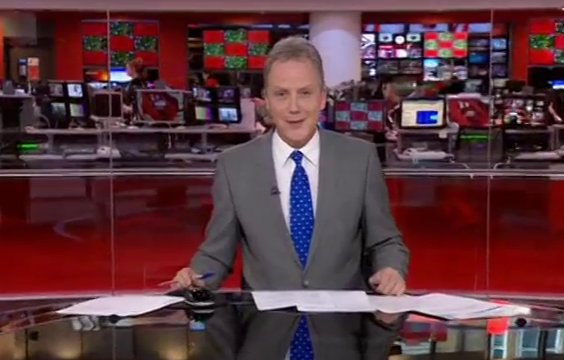 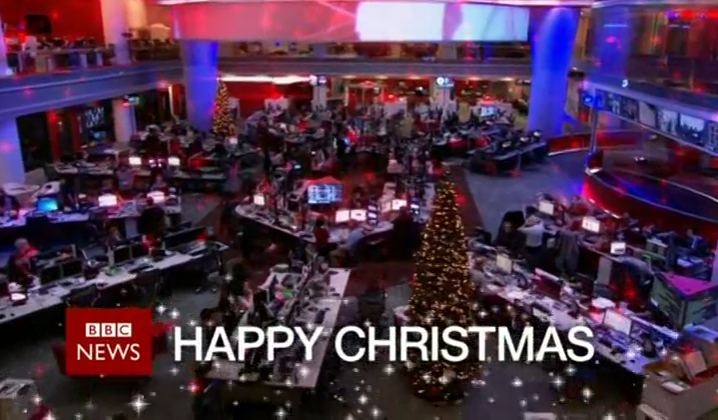 LL
London Lite Founding member 25 December 2014 8:30pm
BBC News journalists having some festive fun in the newsroom during the TOTH.


http://youtu.be/twtX5Wm-f8c
AM
amrob2 25 December 2014 9:21pm
London Lite posted:
BBC News journalists having some festive fun in the newsroom during the TOTH.


Note the brown bear, sat in the chair?

There were other ones during the day as well, on one top of the hour there were two female staff members in hats swapping presents with each other and on another (I think) bottom of the hour I saw two staff kissing on the spiral stairs.
HB
HarryB 25 December 2014 10:24pm
On the close of the lunchtime bulletin, there was a zoom in on the group of staff swapping presents and moving to a zoom out of the wide newsroom shot
SP
Steve in Pudsey 26 December 2014 12:33am
London Lite posted:
BBC News journalists having some festive fun in the newsroom during the TOTH.