I wonder if it's meant to be stylised? BBC Marketing seem to have some odd ideas about what looks good. Think of the washed out photos of The Apprentice contestants every bloody year.
GO
gonzo 6 July 2014 7:59pm
bilky asko posted:
gmb2014 posted:
I was simply pointing out the fact that it started out on that date, but obviously I forgot free speech was banned.

You weren't, hence why you deleted:

gmb2014 posted:
I wonder if its a coincidence that it begins on Saturday 23rd, or if it was specifically planned to be on the 50 years and 9 months anniversary......?

In any case, you could have pointed out that Saturday 23rd August is the only Saturday 23rd this year, or made out that the nine months means that the Doctor will have a baby in the first episode in a Tumblr-inspired twist.


Do not give Mr Moffat any ideas.
CG
Charlie Gough 7 July 2014 2:56pm
BBC Worldwide is pleading for fans not to share leaked Doctor Who Series 8 scripts.
www.radiotimes.com/news/2014-07-07/please-dont-share-secrets-of-doctor-who-series-8---bbc-worldwide-sorry-for-five-leaked-scripts
BA
Bail Moderator 7 July 2014 4:10pm
Where is it, I wanna read it 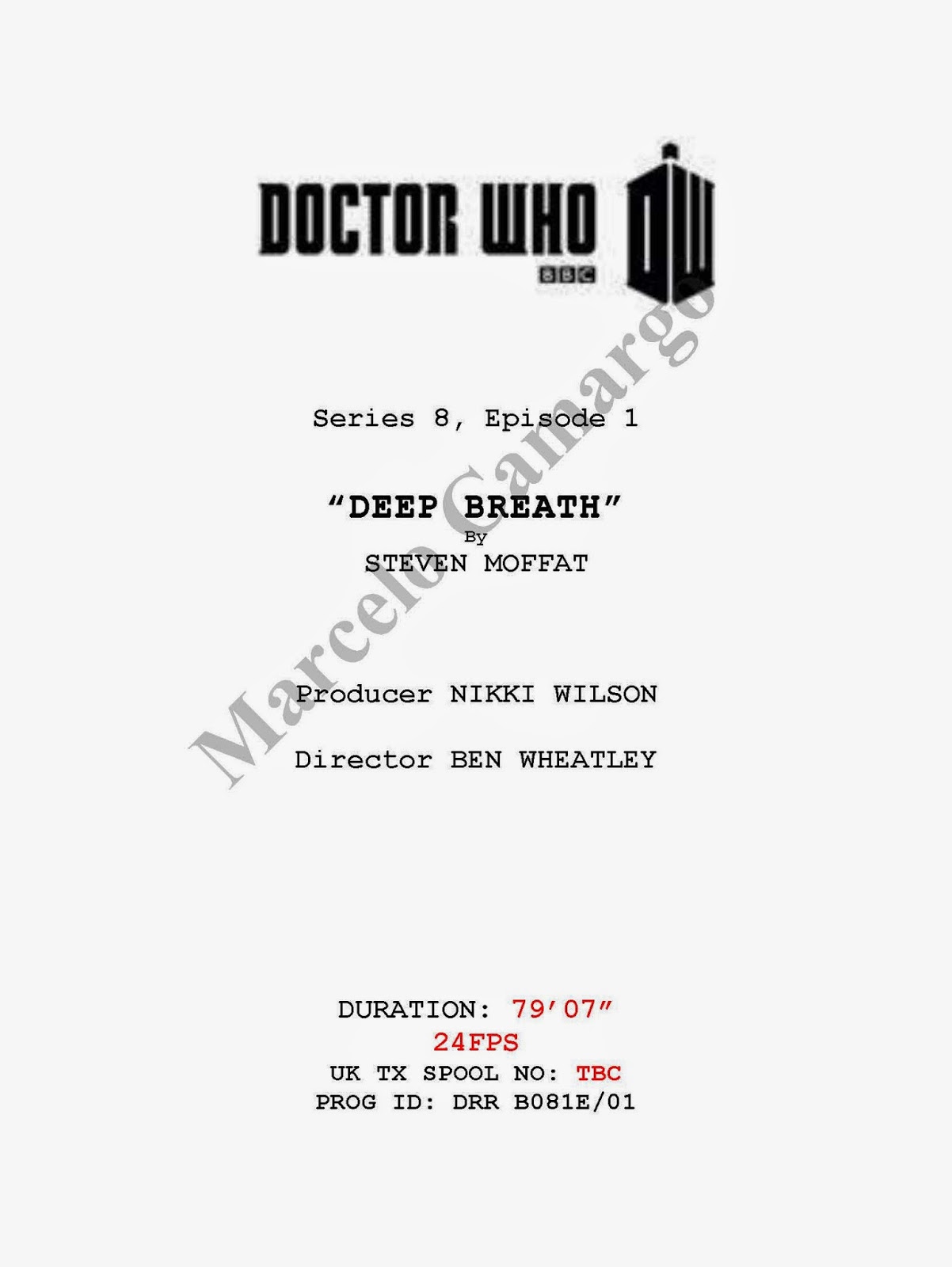 CA
Cando 7 July 2014 4:44pm
Yet another screw up from BBC WW
DA
davidhorman 7 July 2014 5:00pm
According to the story they were being sent for translation for Latin American audiences, so I'd assume they are transcripts rather than scripts.

It may be that they do the opposite of PAL speed-up for broadcast in the US, in which case 24fps would be (sort of) correct. 23.976fps (with 2/3 pulldown to 60i) is still the drama standard in the US. That'd make the real UK running time 76 minutes, so who knows.

Update: http://www.bbc.co.uk/news/entertainment-arts-28201577
BBC are calling it "unfinished material," whatever that means.
Last edited by davidhorman on 7 July 2014 5:33pm
BA
Bail Moderator 7 July 2014 5:48pm
Looking at them (yes I found them) they're final picture locked scripts so they're verbatim what we'll see. It seems the first ep is feature length hence its 24 filmic look, the rest go back to the usual 45min duration.

Amusing though how many doubted their authenticity until the BBC comes along and tells people not to look for them, that's just a rag to the bull, I wouldn't have even know about the leak if they didn't issue a press release about it.
MD
mdtauk 7 July 2014 5:52pm
Digital Spy is where I learnt about the leak - I'm sure they would have reported it, press release or no press release.

Having said that, I have them, but wont be reading them before I see the episodes.
DJ
DJGM 7 July 2014 11:42pm
For anyone wanting to be spoiled by these script leaks, sit on the dock of a certain Bay to find them . . .
DA
davidhorman 7 July 2014 11:50pm
Bail posted:
It seems the first ep is feature length hence its 24 filmic look, the rest go back to the usual 45min duration.

The duration wouldn't have anything do with the "look" - all the episodes will have undoubtedly been shot at 25fps as always.


The last series of Torchwood was shot at 24fps as it was a joint US-UK production, and the only difference on broadcast here at 50i was that frames got a bit blurred together (enough to annoy the pants off a videophile, if not your average viewer).
Last edited by davidhorman on 7 July 2014 11:56pm