Oneness on lockdown - new idents for BBC One

This site closed in March 2021 and is now a read-only archive
Previous Next
FL
Flux 19 March 2021 11:39am
RDJ posted:
Well I think that was likely anyway given lockdown is hopefully no more from June.

But let’s not get too carried away - we may just see a return to groups of people looking gormless into the camera again.


Fixed it for you. I'm very, very cautious with expectations for June given what happened at Christmas!

But you're right. Let's not get too excited - for all we know, the first image we all see on BBC One as lockdown lifts will be the return of Swimmers .
PF
PFML84 19 March 2021 1:37pm
It's likely just the return of the main Oneness idents, with the emphasis that we must all look after one another more than ever as we emerge from lockdown. Sadly, I don't think we're going to be seeing the last of Oneness for some time yet, as much as I'd like to.
GE
thegeek Founding member 20 March 2021 7:36am
Is that the whole Newmarch family having had a turn on BBC One now?

The advantage of getting my wife to introduce Comic Relief is that she also works for the BBC... so we don't have to pay her 😃 pic.twitter.com/Bt8tOCp9E2

You really think a huge intrusive DOG on BBC One wouldn’t be mentioned here? There were posts on here the moment it reared it’s ugly head!

See: https://tvforum.uk/tvhome/bbc-one-promo-dog-returns-46815
CO
commseng 20 March 2021 9:54am
Those DOGs trailing another programme for the whole week are horrible, I hope this is not going to be a ongoing feature for every new series of the week.
Before we know it we will have reminders that East Enders is on at the same time that it has been on for years plastered all over the screen, probably even during the show itself.


ITV have done it in the past, especially for I’m a Celeb.
CO
commseng 20 March 2021 11:25am
Having worked in some countries, and seen the mess of graphics everywhere on screen, I do appreciate the UK generally not doing that sort of thing - in the same way that Wimbledon looks classy whereas the other tennis tournaments cover everything in advertising.

One of the worst was Pakistan Super League cricket, where you were lucky to see any of the action with graphics everywhere including animated ones going across the screen.
It's clutter, and I suppose cricket is a slow moving game, but the sheer amount of it was mind boggling.

When it creeps in here, and gets its foot in the door, we will end up the same way.
I remember when trails for TV programmes started to appear on the radio - now it is impossible to escape them.
Even between rounds in Popmaster now!!!
UL
ulsterman92 23 March 2021 8:05pm
Wasn't sure where to post this but no point in starting a new thread

It was just a generic sting for the BBC, with the plain BBC logo appearing afterwards.

I understand they probably don’t want to be using the real news graphics for other purposes but who on earth signed this off.

EDIT: Understand it’s from a wider BBC promo, but showing it out of context in a 2 second sting is a bit messy, 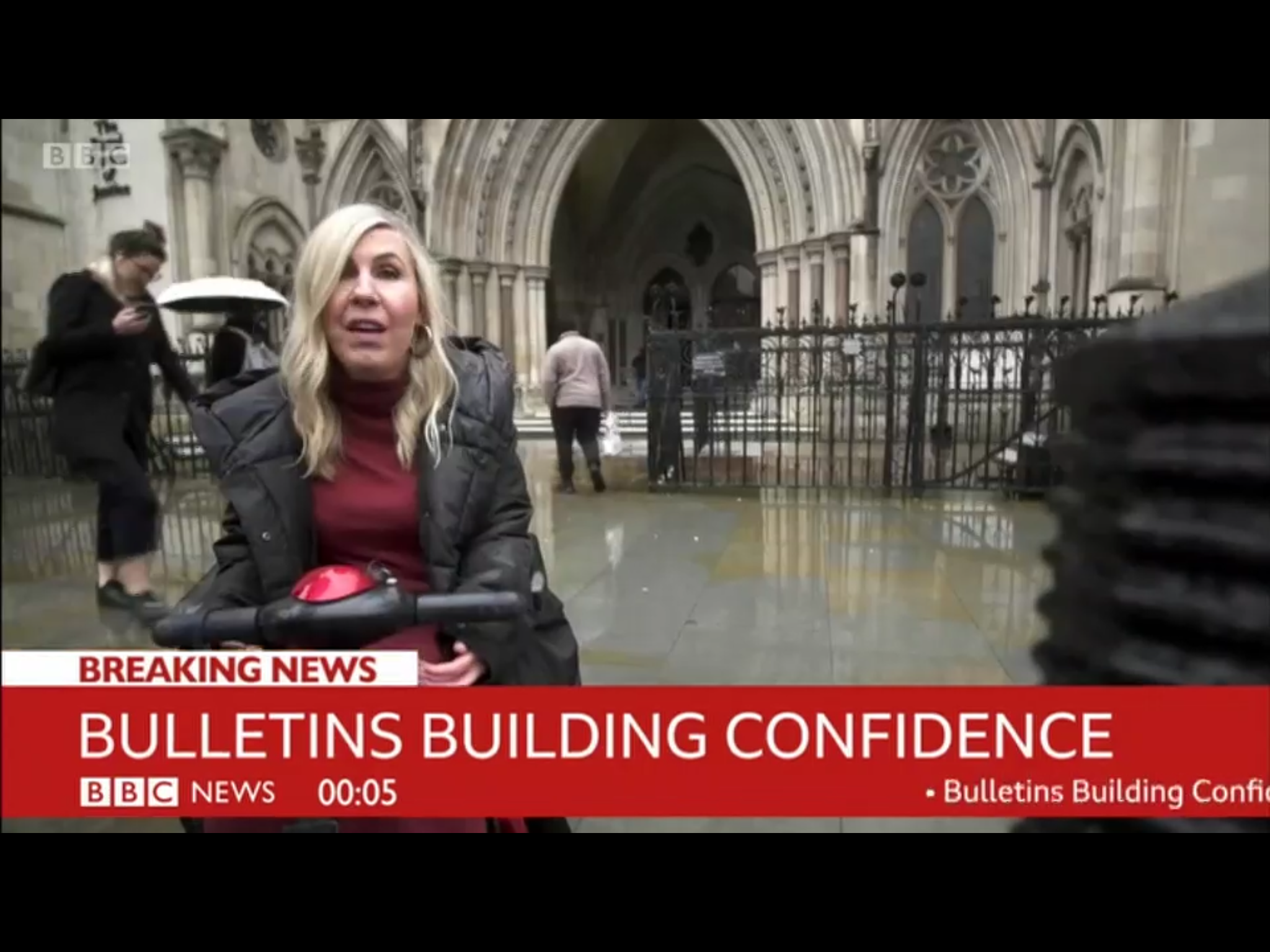 AM
Alfie Mulcahy 25 March 2021 11:59pm
W1LL posted:
Not sure if this has been discussed but just saw this truly bizarre sting after Question Time.

It was just a generic sting for the BBC, with the plain BBC logo appearing afterwards.

I understand they probably don’t want to be using the real news graphics for other purposes but who on earth signed this off.

EDIT: Understand it’s from a wider BBC promo, but showing it out of context in a 2 second sting is a bit messy,

DE
denton 26 March 2021 12:06am
It's 10 seconds not 2 seconds, and as you say it's part of a campaign that started with a much longer promo. In fact it's one of a number of 10 second cut-downs from that campaign. It's not out of context, because the longer promo and the rest of the collection of short promos gives it context.