A quick mock to showcase my point: 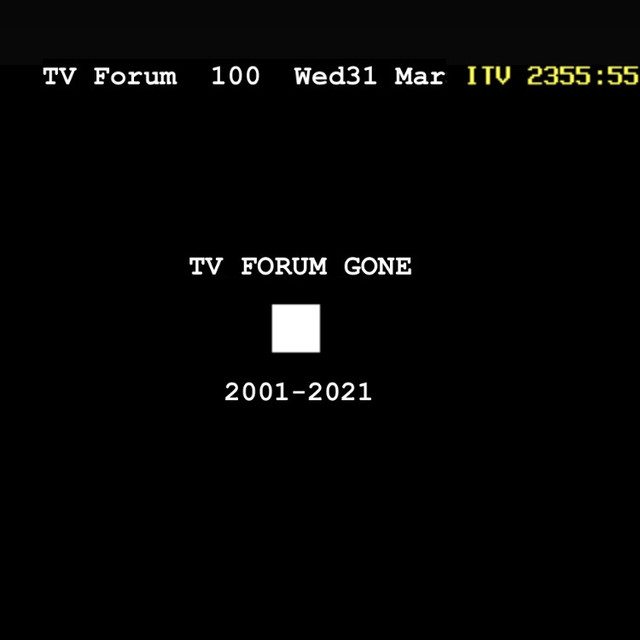 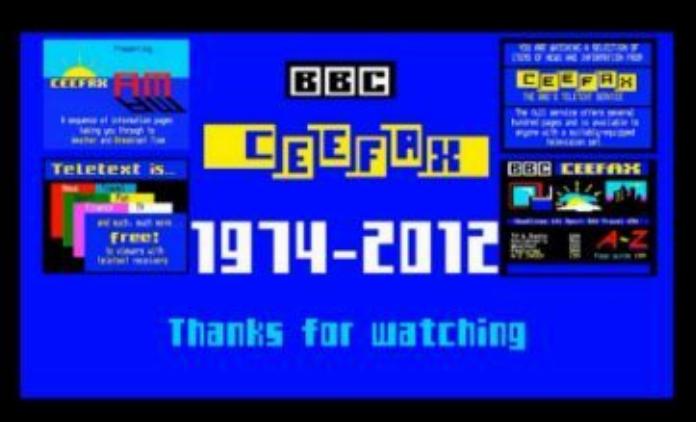 I've been visiting TVHome/TVForum since the early days (summer 2001) so this news has come as quite a shock. I hadn't been aware of the moderation difficulties, but it's a real shame if a minority have contributed to this decision.

Rolling back to when I first found this site - net access was over a 56k modem, the videos were 248x140 RealMedia and there was plenty of time to go and make a cup of tea while downloading longer clips! (I still have some original TVHome files).

Considering the ephemeral nature of the internet, 20 years is a real achievement.

I'd like to thank Asa and the moderators/staff for keeping this place going, which has surely been no small feat. Also thanks to the contributors and broadcast techies for their detailed explanations about the studios, distribution systems, comms, broadcast links and transmitters - it's all been fascinating for a geek like me. Thanks also to those of you who've shared music and other media over the years.

This place fuelled my interests in graphic design and presentation and helped me through some tough times. I wish there was a way to keep it going, but understand the reasons for closing.

All the best.
ST
studentman123 7 March 2021 10:00am
Just read the post. Sad that the site is closing but this site has been amazing for a long time and thank you so much for all you have done in my short time as a member here. Looking forward to the new site as well and I bet it will be just as good

A quick mock to showcase my point:

I was thinking the credits we normally get at the end of the year, but with a thank you continuity announcement by Duncan Newmarch or Tony Currie telling us we "can catch up on tvforum by visiting the archive".
JW
JamesWorldNews 7 March 2021 10:24am
Matrix posted:
Well, it'd be remiss of me not to say thank you to Asa - as well as so many of you - who have made this a genuinely fascinating place. Thank you.


I was waiting for you to pop-up! Hope all well.
M
M@ Founding member 7 March 2021 10:28am
Many thanks, Asa from a long-time lurker. It's been fun.
MA
Matrix 7 March 2021 12:51pm
JamesWorldNews posted:
Matrix posted:
Well, it'd be remiss of me not to say thank you to Asa - as well as so many of you - who have made this a genuinely fascinating place. Thank you.


I was waiting for you to pop-up! Hope all well.


Aww, thanks James. Yeap. All good. How're you? Bit of a shocker this.
JW
JamesWorldNews 7 March 2021 1:04pm
Matrix posted:
JamesWorldNews posted:
Matrix posted:
Well, it'd be remiss of me not to say thank you to Asa - as well as so many of you - who have made this a genuinely fascinating place. Thank you.


I was waiting for you to pop-up! Hope all well.


Aww, thanks James. Yeap. All good. How're you? Bit of a shocker this.

Yes, the end of TVF has come as a shock. Reading the last thirty pages makes me feel better though, meaning that we all practically share the same daily browsing habits. Continuously dipping in and out of TVF on a daily basis, more than we do for any other website.

Like a comfy old favourite chair thats always there.

AT
ATeeGD 7 March 2021 1:09pm
Just gotten the news. I joined around December or January, so I didn't get to spend much time here but it was a pleasure to still be a TV Forum user

CW
CraigWills 7 March 2021 1:16pm
Well I missed this thread for a few days (also thought it was a look a back at ...and finally news stories!) but I’m incredibly sad to hear the forum will close. I post sporadically and go through spurts of doing more reading than posting, but I’ve been lurking around TV forum for years, certainly a decade now I’d say. I’m another person who grew up on this forum, first lurking as a teenager!

I’ll be very sorry to see the site go, thanks to Asa for launching this site, managing what is a great community platform for tv geeks and putting up with everyone - the worlds changed a lot since 2001!
BB
BBC WORLD 24 7 March 2021 1:39pm
Wow... also shocked and gutted to read about this site closing. Like so many others, it's been a regular browse since joining in 2004.

Fully understand your reasons and hats-off to a job well done by you all for so many years.

Wishing everyone all the best!