This site closed in March 2021 and is now a read-only archive
Previous Next
LL
London Lite Founding member 4 February 2021 4:20pm
A bit of fun at WFLA-TV in Tampa at the end of the weather forecast with a "Super Bowl" forecast. All of the local newscasts are full on Super Bowl at the moment with it being hosted in the city on Sunday. 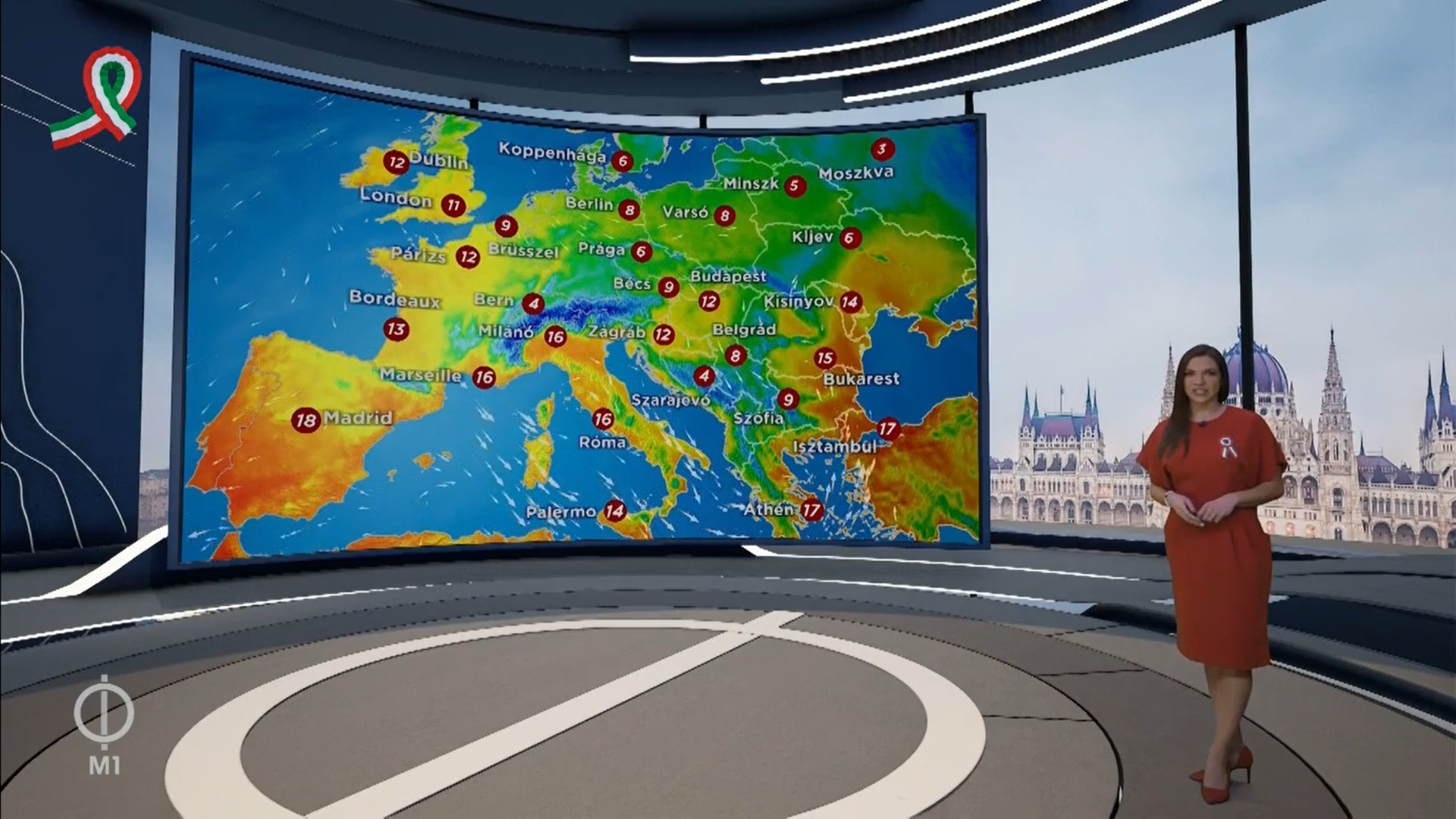 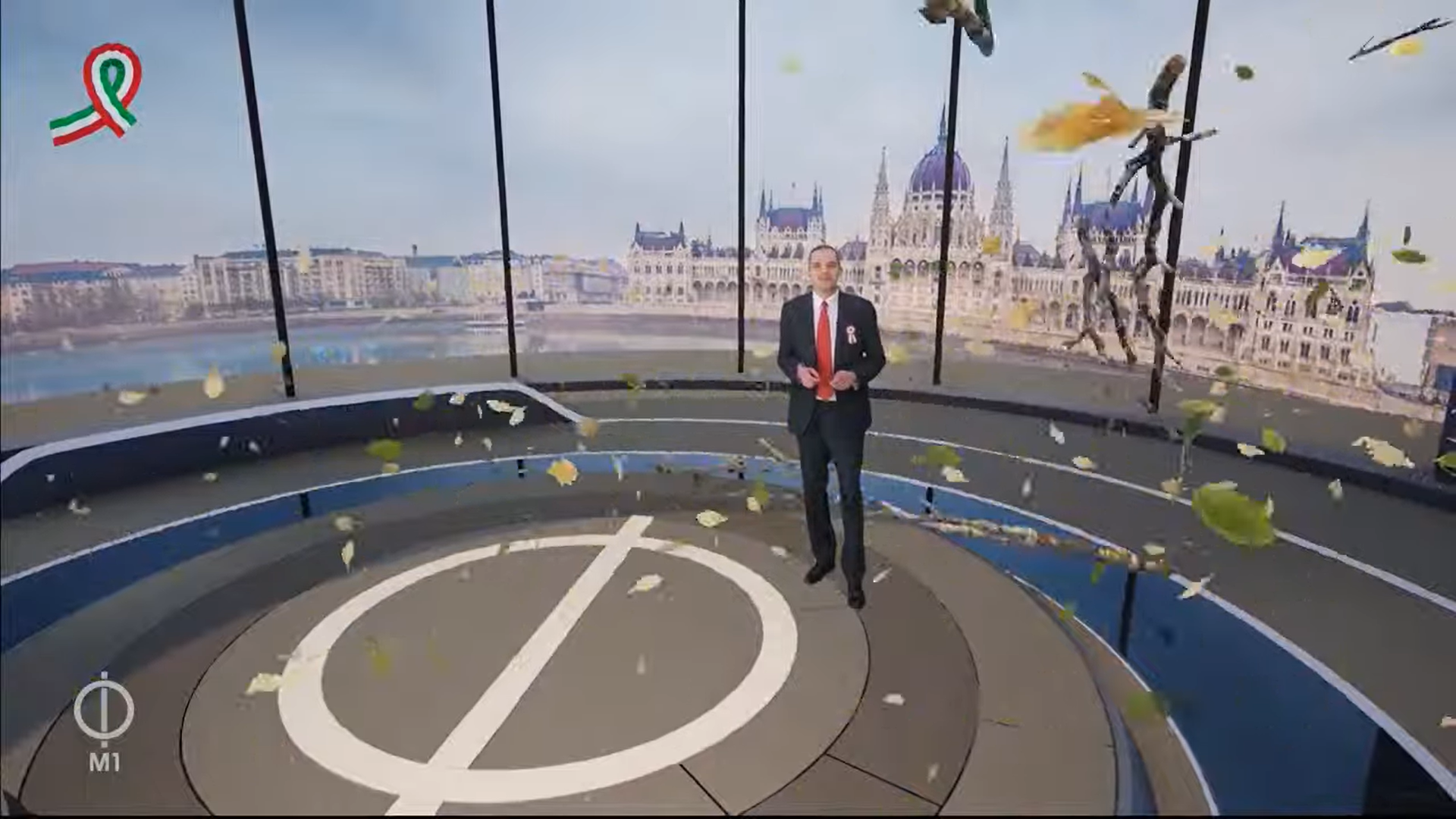 Last edited by huszar on 16 March 2021 2:28am
MO
Mouseboy33 16 March 2021 12:07pm
I know its similar to the Weather Channel....but it seems off somehow. Nice try though. I cant get over the "pandemic/zombie apocalypse evacuated fake empty newsroom in the background at the beginning of the clip. Eeeek. Hate those. An empty room with a bunch of flashing screens. Looks awful.
HU
huszar 16 March 2021 6:16pm
I think they got the inspiration from ITV News regarding the background. Their previous virtual backdrop (designed by a British agency, together with the whole studio complex) was way better.

For the virtual reality thing they use the same softwares as Weather Channel, but unfortunatley the realization is much worse in quality.
MO
Mouseboy33 17 March 2021 12:02pm
Big tornado outbreak expected across the South of America. Expect most of the tv stations to go into rolling coverage as the tornadoes begin to drop out of the sky.
This site live updates the tornado warnings as they happen.
https://www.tornadohq.com/live/
Here are some stations to follow as they begin to happen. Just google the city name and tv station and you should see more. Not sure about each stations Geoblock. Might be hit or miss or turn on your VPN.
https://www.google.com/search?client=firefox-b-1-d&q=mississippi+tv+stations

Local, experienced Birmingham meteorologist James Spann reporting from home during his stations breakfast programme, prepares his viewing audience for what will happen larer today. Mr Spann will be at the station on the air literally for hours and hours doing rolling coverage.

.@spann says to not get caught up in risk categories - ALL of Alabama could see severe weather today.https://t.co/zG60d8Q0BD pic.twitter.com/zh8BgvtPJ6

23 million are on alert for a dangerous severe weather outbreak with high risk tornado threats. @Ginger_Zee is tracking the latest. https://t.co/XpbTPtNtrt pic.twitter.com/IWnxibW9rX 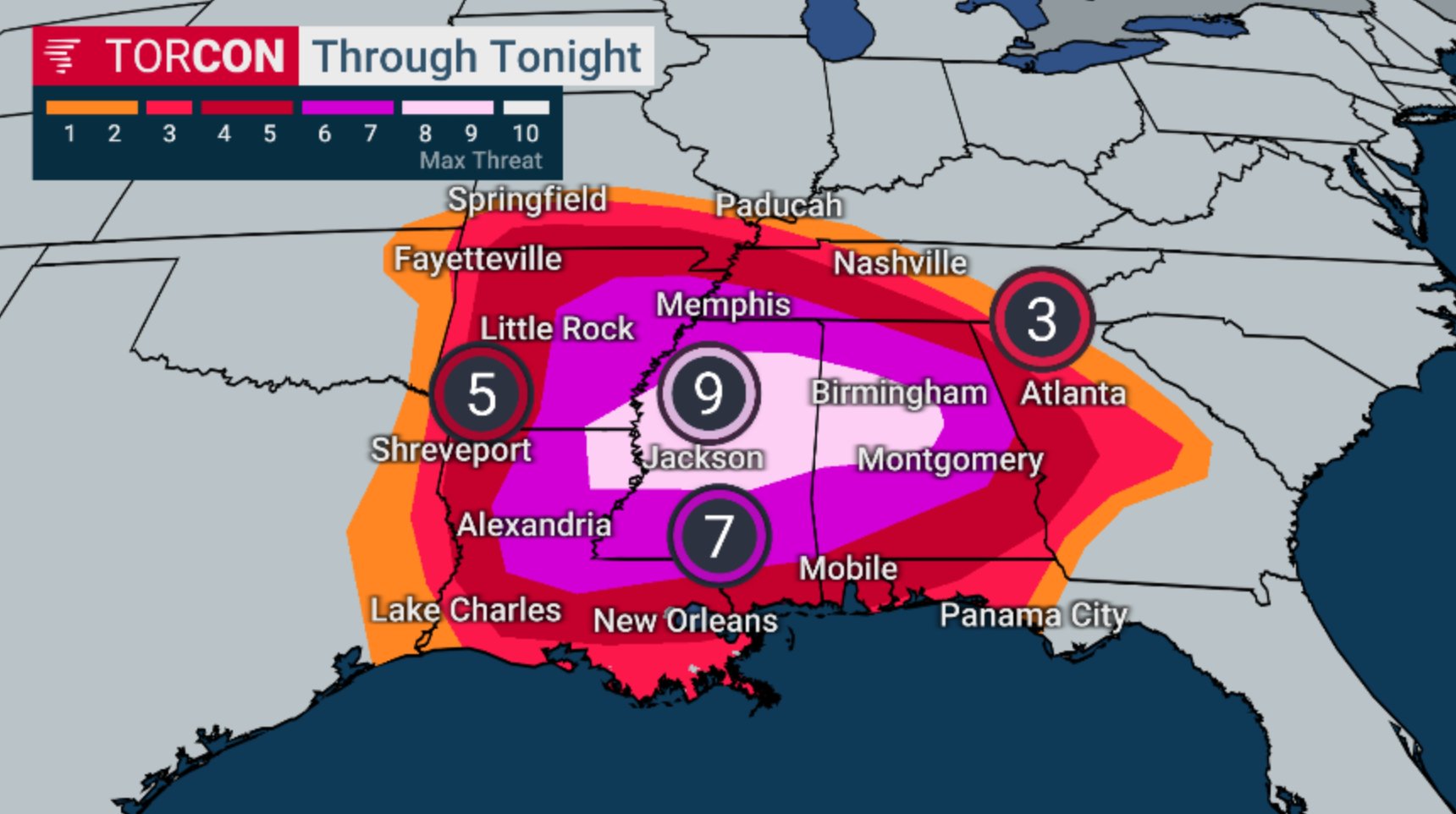 Last edited by Mouseboy33 on 17 March 2021 1:18pm - 7 times in total
MO
Mouseboy33 17 March 2021 5:01pm
The situation in the South of the US has changed within the last 30 minutes. It was already considered a very active weather day. Current condition are leading forcasters to issue a higher level of alert. Now the Storm Prediction Centre in Norman, OK has RAMPED UP past their normal parameter. THey have issued a extreme rare PDS TORNADO WATCH (Particularly Dangerous Situation). These are not issued normally. But when the weather conditions continue to deteriorate they will issue this type of tornado watch (A watch is different from warning). This means that likely you will see massive destruction and possible loss of life. There is going to be 2 rounds of storms. The tornadoes are starting to fire up at this moment. The first tornado warning was issued moments ago in MS. They have confirmed tornadoes are on the ground right now. First across MS and then into AL then it pushes in GA with the major metropolis in the south Atlanta being impacted. This bears watching. This will be a day to learn how broadcasting is done during a live developing real-time natural disaster. All of the TV stations have bought in their full broadcast staff and are readying their crews to fan out across their broadcast areas to report this potential life threatening situation.
Follow on twitter @NWSTORNADO. You will see the tornado warning issued the second its officially called by the National Weather Service and this is exact moment the TV stations get them. That way you can jump around from station to station following along with the coverage. Have a map handy.

Here is a list of the most popular stations in each state from NORTH to SOUTH. It should cover each state. Besides GA. They may be GEOBLOCKED. There are not the only stations. Google the other stations in each area and you may find another streaming coverage.
MISSISSIPPI -
Tupelo MS
https://www.wtva.com/livestream/
Meridan MS,
https://www.wtok.com/livestream2/
Jackson MS (state capital, largest city)
https://www.wlbt.com/live/
ALABAMA -
Huntsville, AL (technology centre, NASA areospace hub)
https://whnt.com/whnt-live-stream/
Birmingham AL (largest metro area)
https://abc3340.com/watch
Montgomery, AL (state capital)
https://www.wsfa.com/live/
GEORGIA -
Atlanta, GA (largest metro in the south, state capital)
https://www.wsbtv.com/video/live-stream/

Tornado watch until 7pm. This is a particularly dangerous situation. pic.twitter.com/Yrs2RhZfJw

Last edited by Mouseboy33 on 17 March 2021 9:13pm - 12 times in total
MO
Mouseboy33 18 March 2021 2:47am
It was a wild evening across the South. Look at all the tornadoes so far. The tv stations were brilliant. Each red box signifies each individual tornado warning. Multiple warnings at the same time in most cases. 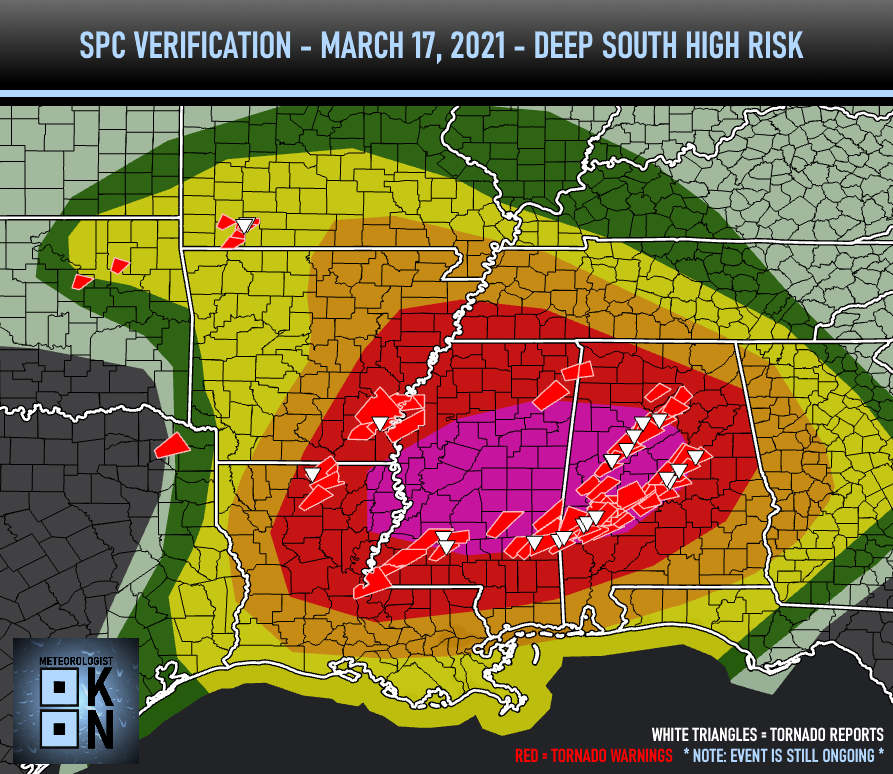 A little video of the tornado near Silas, AL #alwx #tornado #drone pic.twitter.com/iWjHri2s9v

Last edited by Mouseboy33 on 18 March 2021 2:54am
EL
elmarko 18 March 2021 8:32am
Watched a significant proportion of this yesterday, and the tornadoes on Saturday in Texas as well. There was some surprise that TWC seemed to not care on Saturday at all, but yesterday they seemed to push the boat out.

TORCON of course is a completely made-up parameter, but I think I remember James Spann saying they look at something like 65-70 parameters when deciding that. Edit: I mean STI, which isn't a made-up parameter

Edit: There are still tornado warnings up this morning, been a steady line of storms rolling in. #alwx on twitter (any state weather can be found by #XXwx where XX is the state abbreviation - helpful.

#BREAKING: @myfox8 evacuates their studio due to possible tornado passing near their station in High Point, NC.

MO
Mouseboy33 25 March 2021 7:02pm
Tornado outbreak again in Alabama. Suburban Birmingham just hit. The meteorologist James Spann nearly had his tv station and then near his home hit by a long track tornado. He was on air worried about this his wife as the tornado was hitting.

EL
elmarko 25 March 2021 9:45pm
Oh yeah Spann’s house took damage, just seen a photo from his back garden and all the branches and leaves are gone from the trees