This site closed in March 2021 and is now a read-only archive
Previous Next
DE
deejay 27 February 2021 10:13am
Mike W posted:
Pete posted:
Why have I never seen this set before, it's straight in a number two replacing the South Today News Cafe in absurd BBC regional sets. Obv the East Midlands Today Laundrette cannot be surpassed.

Both had similar setups with mirrors in strategic places to give more depth than there really was; the EM Ironing Board really was innovative though. The well placed glass of water for the autocue control a stroke of genius.


That set was a massive departure of style for regions at the time who had been saddled with the cream and red style for a number of years. The set was largely inherited from (and I always get this wrong and noggin will I am sure check me on it!) BBC Three News (or was it still choice then?). Large mirrors were added and three back projectors plus five plasma screens. The director in charge of the project was very ambitious and the leading of sound over the Ident, plus the use of headline text straps, a shiny black floor and long tracking shots was all quite radical. A jib was tried out, but proved too unwieldy. As you can see from that clip, the biggest problem was running the pedestals over the studio floor, which was absolutely knackered and far from level! It was eventually completely replaced.

Given that at the time Bristol had a 2M/E vision mixer, limited sources (tape, manual profile server, three graphics sources) and limited matrix outputs, some compromises had to be made as to how much could be fed into the screens all at the same time. However graphics could stretch into both projectors as in this clip, or separate sources could be mixed into each. This gave quite good creativity for directors at the soft set, as each presenter could have a large image over their side of the set, or you could stretch across both for a split link. It was possible to DTL at that side of the studio too, though it could look rather imposing.

The five plasmas could all have the same source, or be fed in patterns like A-B-A-B-A. You could frame up singles with a couple of plasmas on each side or a split link on a wider shot. Susan always hated wide shots from that end of the studio towards the weather screen because the lens was very wide and the camera quite close to her, so she always felt it wasn’t very flattering.

Originally the director wanted no desk at all on the hard set, with presenters standing by the plasma wall. However, the hostess trolley desk was a late addition to the set because the pilots proved that somewhere was needed to put scripts, laptops, water and hide the autocue pedal for breakfast and weekend bulletins. Sitting down meant the plasmas were a bit high, so the cameras ended up lower on the peds than they might have been.

The afternoon news was all done standing up, with a music bed throughout, captions and the pictures running in the weather projector.

However that set lasted a good few years and was reborn with a wooden effect floor (remember them?) and relit around the mid to late 2000s.
CF
CallumF 27 February 2021 4:03pm
...and last night's 'technical difficulties' are now front page of the Daily Record website:
https://www.dailyrecord.co.uk/news/scottish-news/scots-bbc-presenter-sally-magnusson-23576229

A BBC Scotland presenter has been slammed after calling herself a 'midget' during an autocue blunder.

Viewers raged at Sally Magnusson after she said she had to 'become a midget' to bend down and see her script during Reporting Scotland last night.

She had lost her place live on air after it appeared the autocue had accidentally showed the wrong story leaving her to think on her feet.

But the awkward moment left some viewers furious at her 'cruel' choice of words.

'Midget' is often used as an offensive slur for people who suffer with dwarfism.

The BBC has now apologised for the 'inappropriate' expression as 'Sally acknowledges it was not her best choice of words.'

It comes after many viewers took to social media to vent their anger over the incident.

One person said: "Did Sally Magnusson just say 'I need to be a midget' to read the autocue'???"

A second person said: "I had to rewind and playback.....I think it’s offensive and like you was cringing....I like Sally too but come on..."

A third person said:"@sallymag1 you need to apologise for this, this is not acceptable from a BBC journalist!!, cruel and hate speech!!"

A forth person said: "Disgrace."

A fifth person said: "Did @sallymag1 refer to herself as a midget on the telly."

A spokesperson for the BBC said: "'On last night’s “Reporting Scotland” there was a temporary issue with the equipment on the camera which provides the script for Sally Magnusson.

"In dealing with the situation on live TV, Sally inadvertently used an expression which is now generally considered inappropriate.

"Sally acknowledges it was not her best choice of words.

"No offence was intended but we apologise for any upset caused."


I also thought James Cook was incredible. I was a bit shocked to be fair. Sounded more like an up and coming Paxman and he got what he asked. Brilliant interrogation.
JO
Jock500 2 March 2021 11:43pm
Can I ask - are we in a TV presenting forum or a political forum? I’ve yet to see comments of rejoicing re Matt Hancock or the PM.
LL
London Lite Founding member 3 March 2021 12:28am
To me, Gary's comment is looking at the interview from an editorial perspective which is part of tv presentation. It's lazy to assume that he's making a 'political' comment if he's saying that James Cook was doing his job of probing the guest.

A political comment without justification would be to make an obvious political jibe such as Joe MP was rubbish because he represents the Biggles Party. I don't see that anywhere in the post above.

There needs to be a clearer definition of what defines editorial discussion of news bulletins and what is considered to be biased political posts.
JO
Jock500 3 March 2021 2:24pm
London Lite posted:
To me, Gary's comment is looking at the interview from an editorial perspective which is part of tv presentation. It's lazy to assume that he's making a 'political' comment if he's saying that James Cook was doing his job of probing the guest.

A political comment without justification would be to make an obvious political jibe such as Joe MP was rubbish because he represents the Biggles Party. I don't see that anywhere in the post above.

There needs to be a clearer definition of what defines editorial discussion of news bulletins and what is considered to be biased political posts.


And that’s the problem with assumptions - like your assumption I was assuming something. 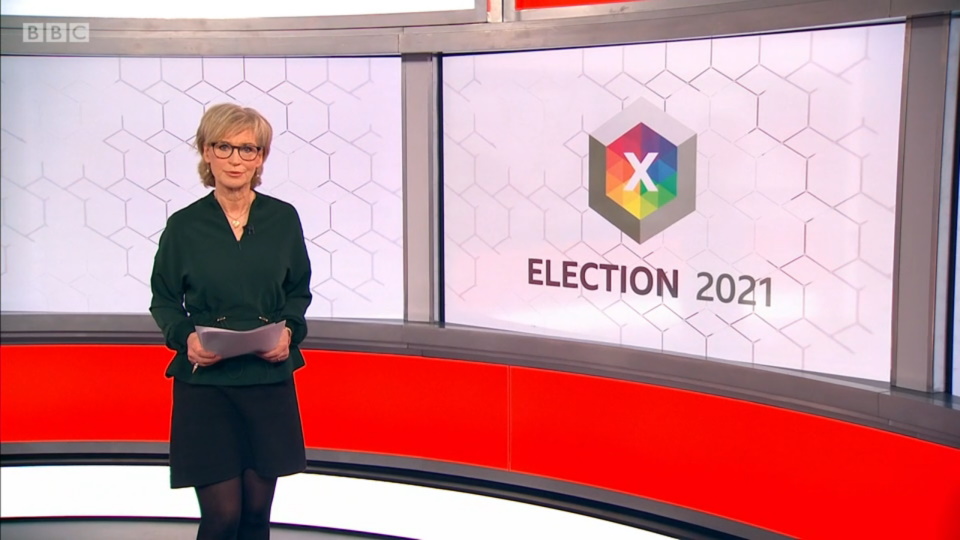 That symbol has certainly been around quite a few years now, but it works so well - especially in proportional representation elections where there are lots of parties of different colours.