This site closed in March 2021 and is now a read-only archive
Previous Next
GE
thegeek Founding member 7 February 2021 11:04am
We're kind of drifting beyond fictional breakdown slides to homages to the real ones now, aren't we?

CCA used this in 2010 or thereabouts. The two Pudseys at the top flashed on and off in sync with the GLITS tone.

And of course the Paramount [Comedy] Channel's Funky Chicken:


Some days it seemed to be accompanied by tone (as in this video), others by the sound of car horns, never seen an internet video of the latter though.

Nickelodeon had a test card too, though I only recall seeing it at weekends, when they came on air an hour later than during the week- that was accompanied by tone too.

(Edit: Found it, timestamp is 0:37 if the embedded link doesn't work) 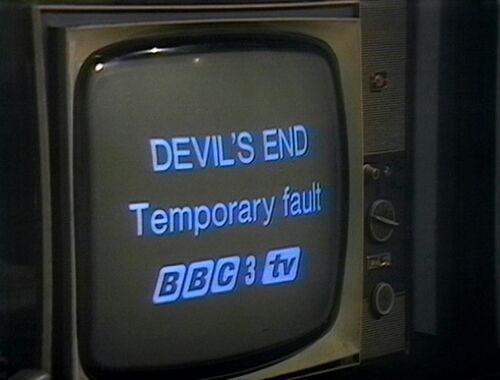 MA
Markymark 8 February 2021 2:09pm
Did better than the 1969 movie, '2001: A Space Odyssey', that featured someone watching BBC 12
QN
Quatorzine Neko 8 February 2021 6:38pm
This topic will of course remind me of the fake breakdown during the Halloween Special of Inside No.9 , which, while it used a real design of the current BBC Two branding, was much part of the show – as the eerie whisperings, and ultimately, the horrorful scream, can give clue.