Primarily Radio but with some TV stuff too

Previous Next
LG
Looking Glass West Country (West) Spotlight 30 December 2020 4:56pm
I agree that the BBC lettering is too heavy and it makes the logo look dated, most of us have been longing for some updates to the presentation style and changing BBC Three from pink back to aqua and Four from black to purple just seems underwhelming. I don’t feel as if though these changes add any value or tell me what this channel is about.

I like some of the changes to the National radio but the 5 seems very overworked and the R4 seems more like a regression than progression in presentational style. I would love a more consistent approach to the local radio stations too and for the most part you’ve done this but even then the symbols you’ve chosen don’t seem coherent with one another. The CBBC also seems quite scratchy and unpleasant to look at in my opinion.

I like your way in thinking about the branding, making things more uniform in terms of the names etc but in execution I don’t feel that you’ve given me anything to think about beyond no longer having ‘live’ after Radio 5. 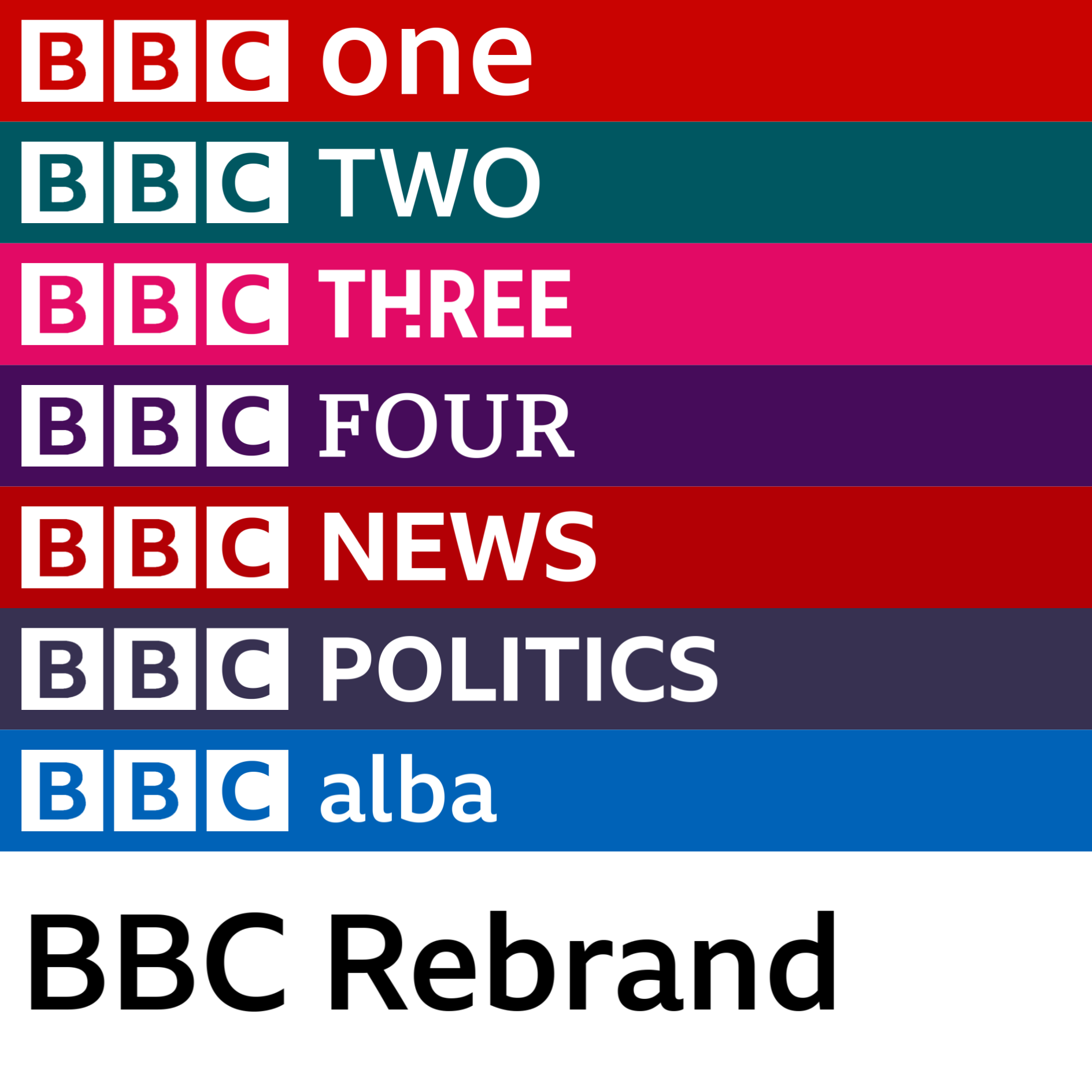 Changed the weight of the BBC Logo and made the 'Four' more unique. Im now working on a promo menu and the other BBC Brands as well as changing some of the Radio icons in line with the help you've given.
Hello, I'm using WhatsApp
NJ
Neil Jones Founding member Central (West) Midlands Today 7 January 2021 2:17pm
I think the lettering on the blocks is still a touch too heavy. It doesn't look as menacing as it did before though.
UG
UpsettingGrass New member Tyne Tees Look North (North East) 9 January 2021 6:04pm
I don't think any improvement is needed at all.

BiggieSMLZ Granada North West Today 9 January 2021 7:02pm
I’m gonna be honest, the only improvement I’d make is with the BBC Alba logo, which is slightly inconsistent in comparison to the other logos - I’d suggest making it uppercase instead.

Ahh, the joys of TV.
EM
Emily Moore Granada North West Today 10 January 2021 12:23pm
BiggieSMLZ posted:
I’m gonna be honest, the only improvement I’d make is with the BBC Alba logo, which is slightly inconsistent in comparison to the other logos - I’d suggest making it uppercase instead.

The other issue with the BBC Alba logo is that the star is pretty much obligatory. The channel is a partnership between the BBC and MG Alba (a Scottish government-owned organisation promoting Gaelic-language media). The star is the MG Alba logo - you can't just zap it.

PFML84 UTV Newsline 12 January 2021 11:43am
The names of the channels being bigger than the BBC text but not as big as the blocks is also odd looking. Why does 'one' have to be in lowercase anyway? Why the mixture of font weights and sans/serif?
DE
deryn Central Reporting Scotland 15 January 2021 12:18pm
I don't like it I LOVE it