and who knows, maybe we can do a full-on analysis of this stuff


Why? Its much more fun to wildly speculate.

Having lived in the Central region all my life, the cake was dumped in favour of these and I never really liked them, I preferred the cake. The later 1999 set though wiped the floor with the lot, easily the best package Carlton ever had. Pity Carlton weren't good at much else but at least they had some pretty idents.
GL
Gluben Anglia (East) Look East 28 December 2020 11:43pm
They're alright and would probably do well today, if only for the sheer number and variety of them. They don't compare well to the Central cake or the later Carlton star idents from 1999 though.

They're at least better than the 1993 "people" idents which, if Carlton had also bid for and won another ITV franchise, would probably have been re-used with the place names changed and the people and names kept the same. I mean who was going to notice a difference in 1993?

Whataday Founding member Wales Wales Today 28 December 2020 11:46pm
I did some Westcountry mocks using this set of idents a few years back: 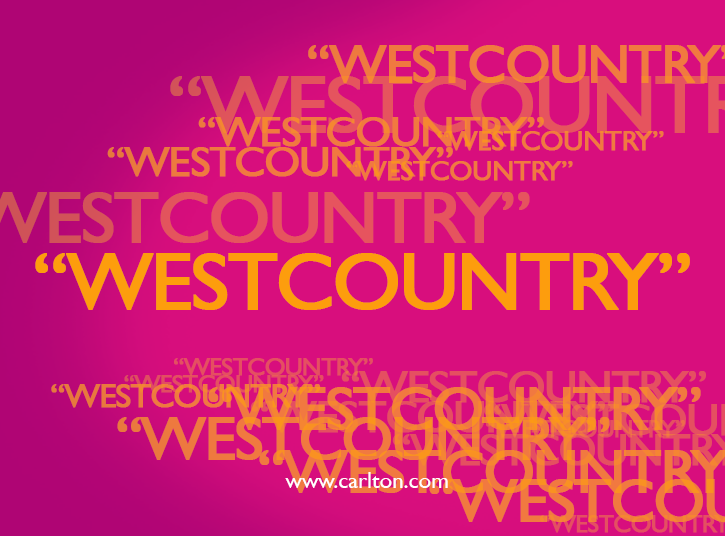 They didn't come out too badly, although this one was probably a mistake... 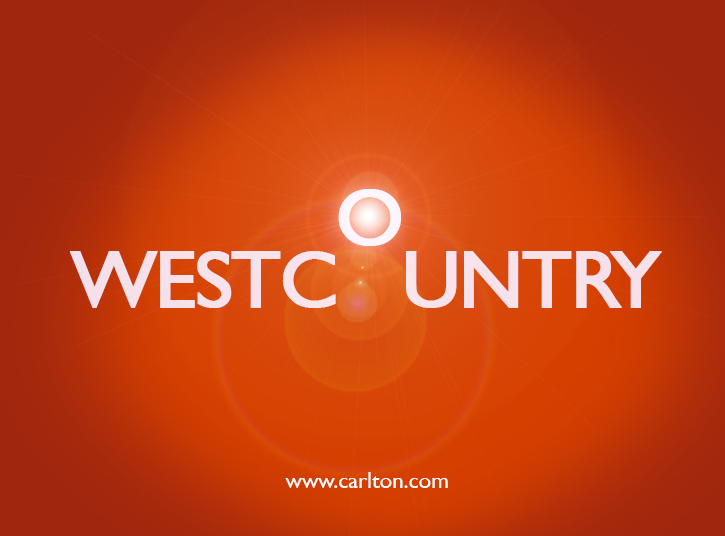 AN
Andrew Founding member Yorkshire Look North (Yorkshire) 29 December 2020 12:03am
They were before their time, a clean logo like that looks very 2010s.

Had they not had to deal with all the Carlton baggage (the fact it was Carlton not Thames, Carlton’s general trashy image, and then when they were also used on Central), they’d be looked at fondly. They are better than many idents that have come along since on various channels and were much more upbeat than what some other ITV regions were using at the time.

Unpopular opinion but I think by the last incarnation of the Central cake (when they’d mostly dropped the multicoloured version of it), it was starting to run its course and this was a fresh new look. As said above though, scrapping a logo in favour of just the word is the sort of thing many companies have done in recent years, but maybe not in 1996
MP
MatthewPrower 29 December 2020 10:46pm
hmmm.... y’know, thames did get a second life as a production company, for better or worse
maybe someone could do the same for carlton


Considering it was merged with Granada to make ITV plc, it as a standalone company doesn't exist anymore, though it was still in use many years later as part of Carlton Screen Advertising which ITV plc had inherited and later sold, though I believe that use of Carlton has now been dropped, so its probably safe to assume its still ITV property as it were.

And in any event Carlton (in their original "television for London" format) didn't make anything themselves, it was all farmed out to other companies to make.

The Thames situation was different, since they'd planned to go and be an indie production after 1992 when they learnt they lost the licence. Not a "second life" as it were - they lost the franchise, that was closed, all that was shut down but they still had various high profile shows on the network that needed making - The Bill for example, which as it turned out would run until 2010. As things turned out their output was still on air for a large chunk of prime time in the mid 1990s long after they lost their licence and it remains the case today, although since ITV props up its weekday schedules with soap these days there isn't the opportunity to get in there that often but other networks are asking so...

(also I'd suggest replacing your keyboard, your Shift key is clearly broken

)
MP
MatthewPrower 29 December 2020 11:40pm
OH, uh, actually that's just how i usually type
nothing wrong with my keyboard, this is just a general way i do things here

also now that i think of it, i was probably thinking of rediffusion's second life as the production company of victor lewis smith
Last edited by MatthewPrower on 30 December 2020 4:47am

Mockah Yorkshire Look North (Yorkshire) 31 December 2020 8:31pm
I've always wondered why they never did the same to Westcountry; possibly because they were newcomers?

But I really do like these idents, compared to previous ident package...
MP
MatthewPrower 31 December 2020 8:50pm
my guess is that they were going to do it, but the itv hearts branding already began and so they instead used their 1999 idents

but hey, that's just a theory, A GAMMMMMMMMMM-nah jk, i'm not gonna say that

(another guess is that westcountry has too many letters)

Mockah Yorkshire Look North (Yorkshire) 31 December 2020 9:07pm
MatthewPrower posted:
my guess is that they were going to do it, but the itv hearts branding already began and so they instead used their 1999 idents

but hey, that's just a theory, A GAMMMMMMMMMM-nah jk, i'm not gonna say that

(another guess is that westcountry has too many letters)


Both sound rather good; but I just believe that Carlton just didn't do it because Central was a well known name in the network, while Westcountry was a newcomer.

If TSW had kept their franchise, I could totally see them using the Carlton 1996 identity.
RO
robertclark125 Central Reporting Scotland 1 January 2021 2:30pm
Could another option have been, to adopt dual branding? Carlton London, Carlton Central, Carlton Westcountry?


Yes, but this is Carlton we're talking about. The company with no soul.