Speaking of which, anyone else spot the TARDIS door sign on the outside wall? It appeared again last night but this screenshot is from last year (the night before the 56th anniversary of Doctor Who, funnily enough): 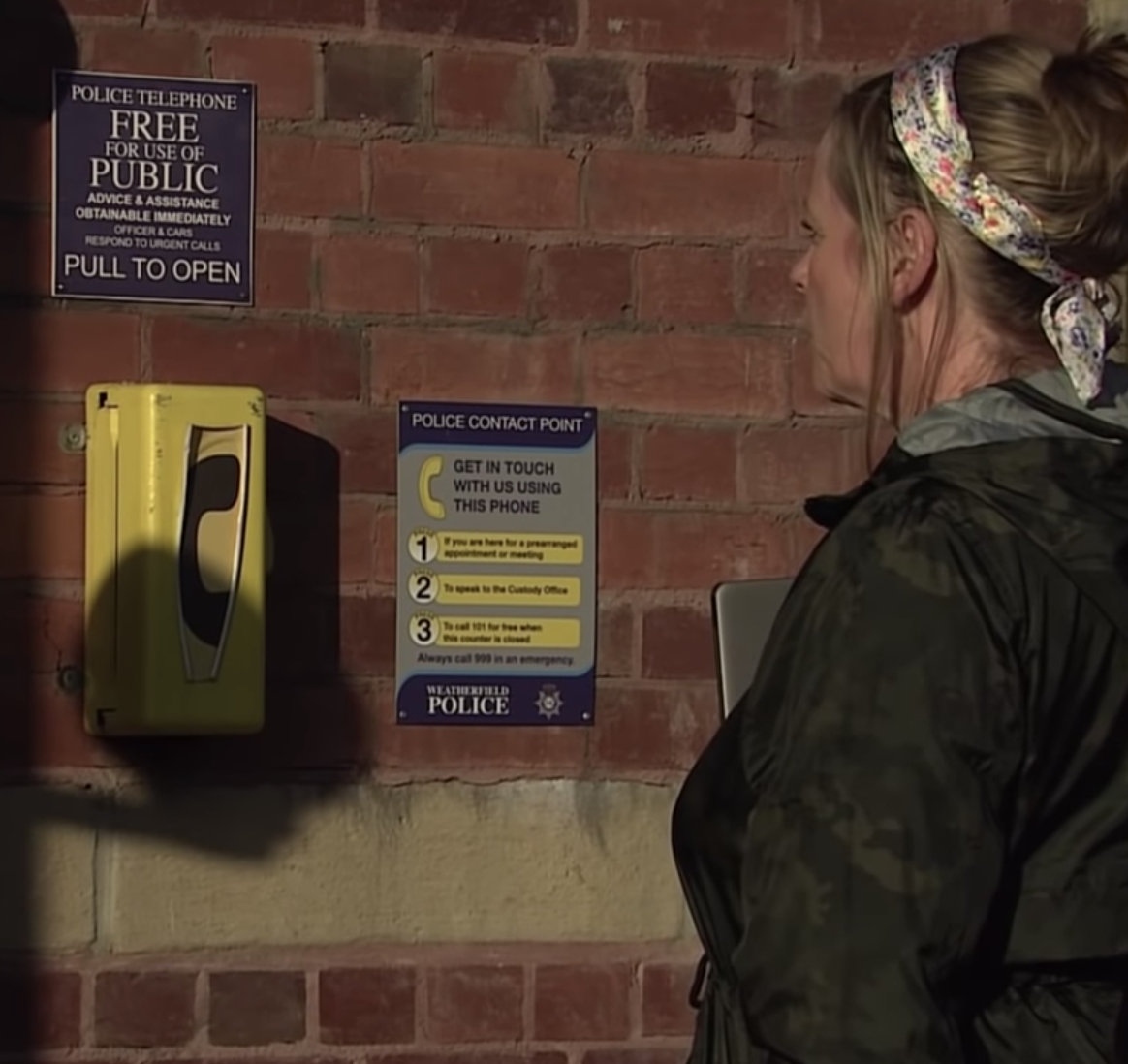 JA
james-2001 28 December 2020 5:02pm
Seeing the start of Underworld on ITV3 now- interesting how small it is being filmed in the actual building on the outdoor set, compared to the massive size increase (and upper floor) it gained overnight around 10 years later when they moved it into the studio.
RE
Revolution 30 December 2020 2:49pm
Some sad news -- Adele Rose, Corrie scriptwriter and creator of Byker Grove, has died at the age of 87.

RIP.
TI
tightrope78 30 December 2020 4:18pm
RIP Adele. As well as the classic scene above she wrote my favourite episode ever, episode 95 with the classic confrontation between Ena Sharples and Tanner. All subsequent slanging matches on the cobbles have been a pale imitation of the first.

Classic lines such as "we don't need sewers round 'ere, we've got Ena Sharples!".

And of course the greatest piece of dialogue ever from Ena “I could’ve written a full length book about you, let alone a letter, but if I ad’ written it. If I ‘ad written it, it wouldn’t ave’ come anonymous. Oh no. I’ve never been afraid to stand behind mi’ own beliefs. If I ad’ written the flamin’ thing it would’ve ad’ Ena Sharples in big black letters at the bottom of it as well you know it!”

As you can see on ITV3 Coronation Street needed to change in 1997/98 with the arrival of Brian Park however the price they paid was losing long time writers of the calibre of Adele and Julian Roche.
JE
Jez Founding member 30 December 2020 4:22pm
Very sad news. RIP Adele.

I too loved that scene with Ena and Elsie and also Rita and Bet.
WH
Whataday Founding member 30 December 2020 5:30pm
RIP Adele. Almost as integral to Coronation Street's character as Tony Warren himself.