This site closed in March 2021 and is now a read-only archive
Previous Next
MA
Meridian AM 10 November 2020 10:35am
I expect its biggest competition "Loose Women" has seen an increase with more people being at home again too.
I wonder if "Steph's Packed Lunch" has gained a viewer yet

How it was promoted on the BBC One O’ Clock News was that it would only be shown on the News Channel.
MA
Meridian AM 12 November 2020 1:19pm
RDJ posted:
Another Downing Street conference tonight at 5, headed by Alok Sharma this time.

How it was promoted on the BBC One O’ Clock News was that it would only be shown on the News Channel.

How it was promoted on the BBC One O’ Clock News was that it would only be shown on the News Channel.


Doesn't BBC One only show the episodes presented by Boris Johnson?

They used to show all episodes
UN
Universal_r 12 November 2020 3:59pm
It’s not scheduled on any of the channels yet.
AA
aaron_scotland 12 November 2020 5:02pm
Hate to moan about the quality of Downing street briefings again but... 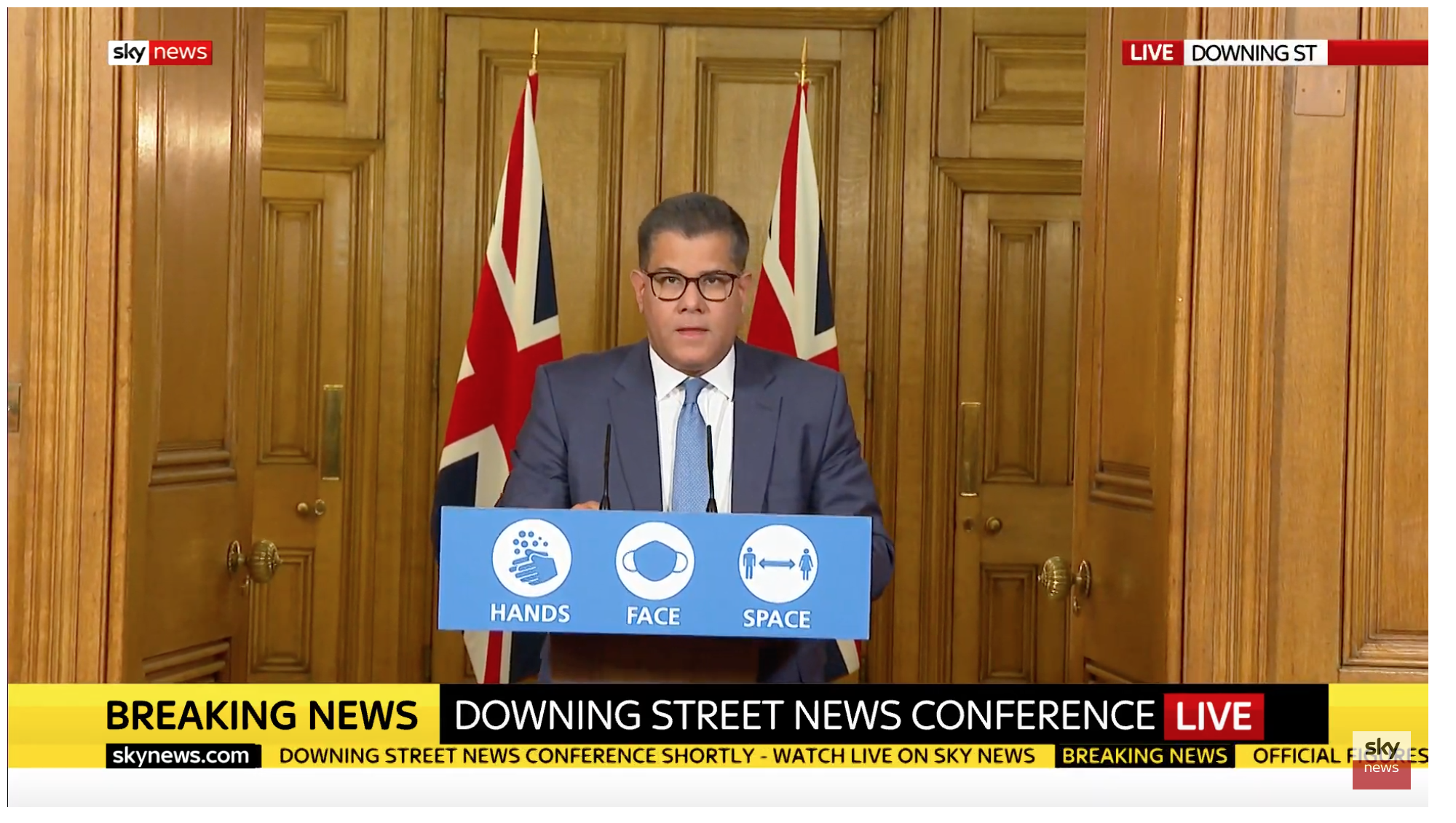 Is making sure your tripod is level no longer a check camera operators do?
TI
timbouk 12 November 2020 5:55pm
There wasn’t really anything new in the Press conference today but it’s pretty poor show with BBC1 not showing it. I believe both BBC1 Wales and BBC1 Scotland both still show the nations conferences live.
TE
Technologist 12 November 2020 8:28pm
But there is no BBC England editorially and as the BBC has A UK wide news outlet ...with BSL .... it seems reasonable that somthing if not a great importance that the News channel is the best way to cover it ,
BR
Brekkie 12 November 2020 8:40pm
BBC Scotland and Wales did both plan to stop showing broadcasts earlier in the summer and may have missed one or two. There was a bit of a backlash but ultimately I think circumstances saw them back on air.

I think in the case of these briefings if they're not important enough to be conducted by the PM, Health Secretary or Chancellor there is an argument for them not to be important enough to be on BBC1. Whether they should be on BBC2 in that case is another question.
AN
Andrew Founding member 12 November 2020 10:00pm
With it being News Channel only, they ran a headline sequence at 5pm assuming the press briefing would start a few minutes later

But no Alok came through the doors at 5pm on the dot, so they had to abandon the headlines half way though

You'd expect them to be at least on BBC Two, when you consider they simulcast BBC News for hours on end at the drop of a hat, its a strange decision to stop showing the briefings when they've shown 80 briefings not lead by the PM up to now
SP
Steve in Pudsey 15 November 2020 9:32am
Was there anything of importance announced in the press conference or just an update on the figures?
DV
DVB Cornwall 15 November 2020 9:56am
A simple rule if it's the PM - BBC One - if not BBC News only. It's not rocket science to appreciate that any restriction changes would be announced by the PM and of import to the population in general. It's just posturing otherwise. There's a news bulletin to carry the content in sixty minutes time on BBC One.

The ministers (and PM for that matter) should have course schedule their appearances at these for four or five minutes past the hour to enable all news outlets to run a headline sequence as usual on the hour leading into the conference.