BR
Brekkie Wales Wales Today 14 November 2020 4:55pm
C4 have repurposed one of their Christmas idents with a Bollywood soundtrack and Happy Diwali across the screen. Works quite well.

Not sure if they've aired all day - just caught the end of one on a recording from this morning.
Be nicer and more tolerant to each other. Them's the rules.

Josh 14 November 2020 5:00pm
Yes, just caught it on +1 into the news. Looks nice for what it's worth.
It looks like someone's bleached the Minions.
BR
Brekkie Wales Wales Today 14 November 2020 5:02pm
Yes, nice long playout too. Can't cap unfortunately.
Be nicer and more tolerant to each other. Them's the rules.

Josh 14 November 2020 6:14pm
But thanks to our friends over at TV Whirl, they have done:
It looks like someone's bleached the Minions.

tesandco Founding member Granada North West Today 14 November 2020 6:16pm
For those who've not seen it, capture of it into the 6pm junction today. 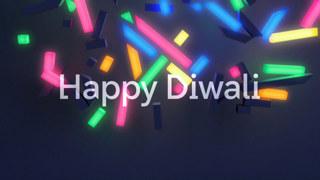 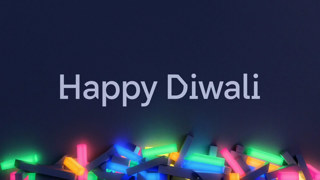 tesandco Founding member Granada North West Today 14 November 2020 6:17pm
Yes, in future I'll have to make sure not to post on the site Twitter feed first! Never mind, at least no one can miss it now!

The ident looks really nice. It has a nice mix of tradition & spirituality for the UK's Hindu community.
BR
Brekkie Wales Wales Today 14 November 2020 8:44pm
Just a reminder too of how much more potential using this style for their main ident set would have given them too.
Be nicer and more tolerant to each other. Them's the rules.
GL
Gluben Anglia (East) Look East 14 November 2020 11:48pm
Yes, it’s so annoying that ident packages do tend to launch with only four idents. BBC2 did in 2001 and Channel 4 did in 2015 and 2017. The 4 giant was nice at launch but got old fast and could’ve been used for a lot more; a bit of a wasted opportunity. Still, the deconstructed blocks are good in themselves.