Spitting Image to return on BritBox

Whataday Founding member Wales Wales Today 10 October 2020 10:51pm
While they're still cagey about BritBox UK's actual numbers, they have confirmed that subscriptions to the service have increased ten-fold since the launch of Spitting Image compared to the average daily rate.
NI
nigel Meridian (South) South East Today 10 October 2020 11:27pm
Just watched Ep2 which was much better than the first.
Still pity they’re not using the original theme music.
BE
ben.anderson Anglia (East) Look East 11 October 2020 1:36am
The classic humor seems to be more apparent in episode 2. Did find the Elon Musk segment a bit long winded and the song wasnt as good as last weeks.

It's better than I expected. Not to 'PC' and they seem to take risk.

Whataday Founding member Wales Wales Today 15 October 2020 12:15am
One of the generic 'extra' puppets appears to be slightly modelled on Cilla Black's (albeit with smaller teeth) 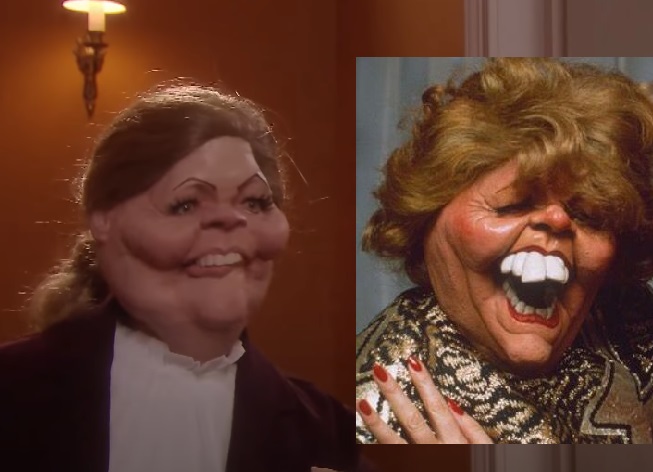 HC
Hatton Cross Central (West) Midlands Today 15 October 2020 11:10am
Do we know where Avalon are recording this series?
Old Spitting Image was a split between Central in Birmingham (for the topical sketches) and Limehouse Television (for the pre-recorded and songs material)

It seems as Spitting Image are releasing material daily with a topical slant onto You Tube, I'm guessing its one studio fired up to record both the topical and throwaway gags on any given day - and with ISDN and home studios, no need for the voice impressionists to go anywhere to lay down the soundtrack.

So, I'm guessing they've got the exclusive use of a studio/sound Stage with close at hand set construction and props - some somewhere like Elstree Film Studios or Pinewood?
Readers are warned that this post contains some flash photography

james-2001 Central (East) East Midlands Today 15 October 2020 11:26am
Well, they only used Limehouse for the first few years seeing as that closed in 1989. I don't know where they filmed after that.
DA
davidhorman Channel Channel Islands 15 October 2020 7:15pm
Josh posted:
Speaking of YouTube, they're uploading the full episodes there free to watch.*
*Provided you don't live in Belgium, the United Kingdom, Finland, New Zealand, Canada, Germany, United States, Australia or Ireland...


Finally something good comes out of Google's insistence on treating Jersey as having absolutely nothing to do with the UK (I can't even do Location Sharing without a VPN and I think it's only recently that we can download iPlayer from the Play Store).