A change to a rectangular blue and orange logo, ditching the previous 2017 teardrop. (August 2020)

This site closed in March 2021 and is now a read-only archive
OA
Owen A 31 August 2020 8:50pm
Quick disclaimer: This mock is intentionally a big change from the current GMB branding so obviously might not be liked by everyone, I just thought I'd put a bit of a GMA twist on the current branding whilst still keeping the elements that look good such as the main headline graphics.

Ever since the big rectangular 2017 rebrand of GMB, I always thought the original teardrop logo didn't fit the new graphics. Despite the attempt to make it look more in-keeping with the change by adding a gradient and changing the font, I think it doesn't fit nicely with the rest of the elements. So, I decided to mock up a rectangular version of the logo, and incorporate a blue colour into the logo. I subconsciously made the logo look similar to GMA's, but I think this could be a step forward for the programme as the teardrop elements are never used anymore and I think the bold text I've chosen in the logo suits the nature of the show, with debates and hard-hitting interviews. Here's a promo slide I designed, showcasing the main elements, the logo and the tracked Reem Light text: 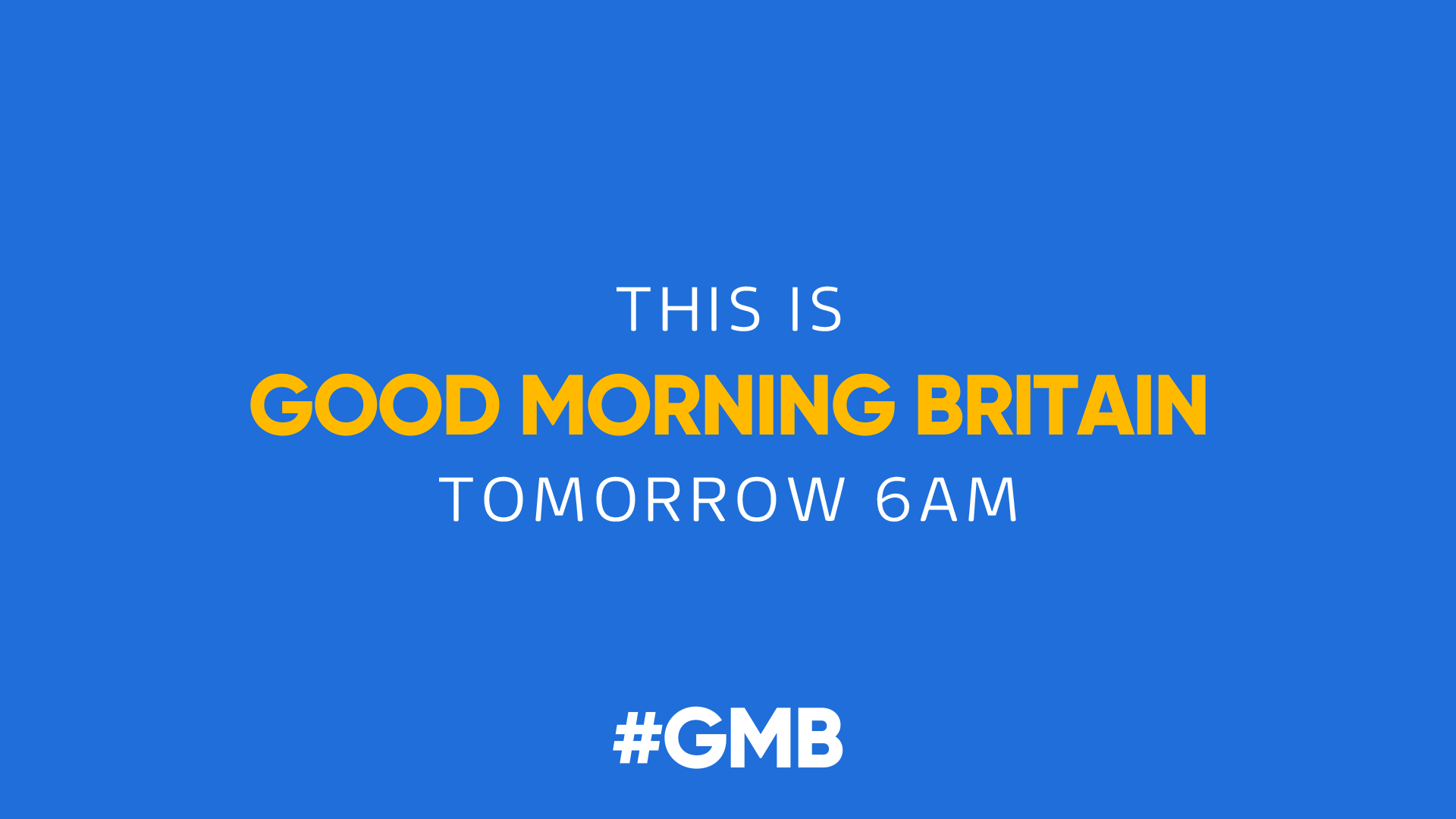 The new graphics would fully ditch any gradients, and would stick to a bold blue and orange colour scheme, with the 2 fonts, Gilroy and Reem. I think using Gilroy on the headlines would have been a bit too much, and less legible than keeping the existing headline style. Here's what the new lower thirds look like, two separate headlines: 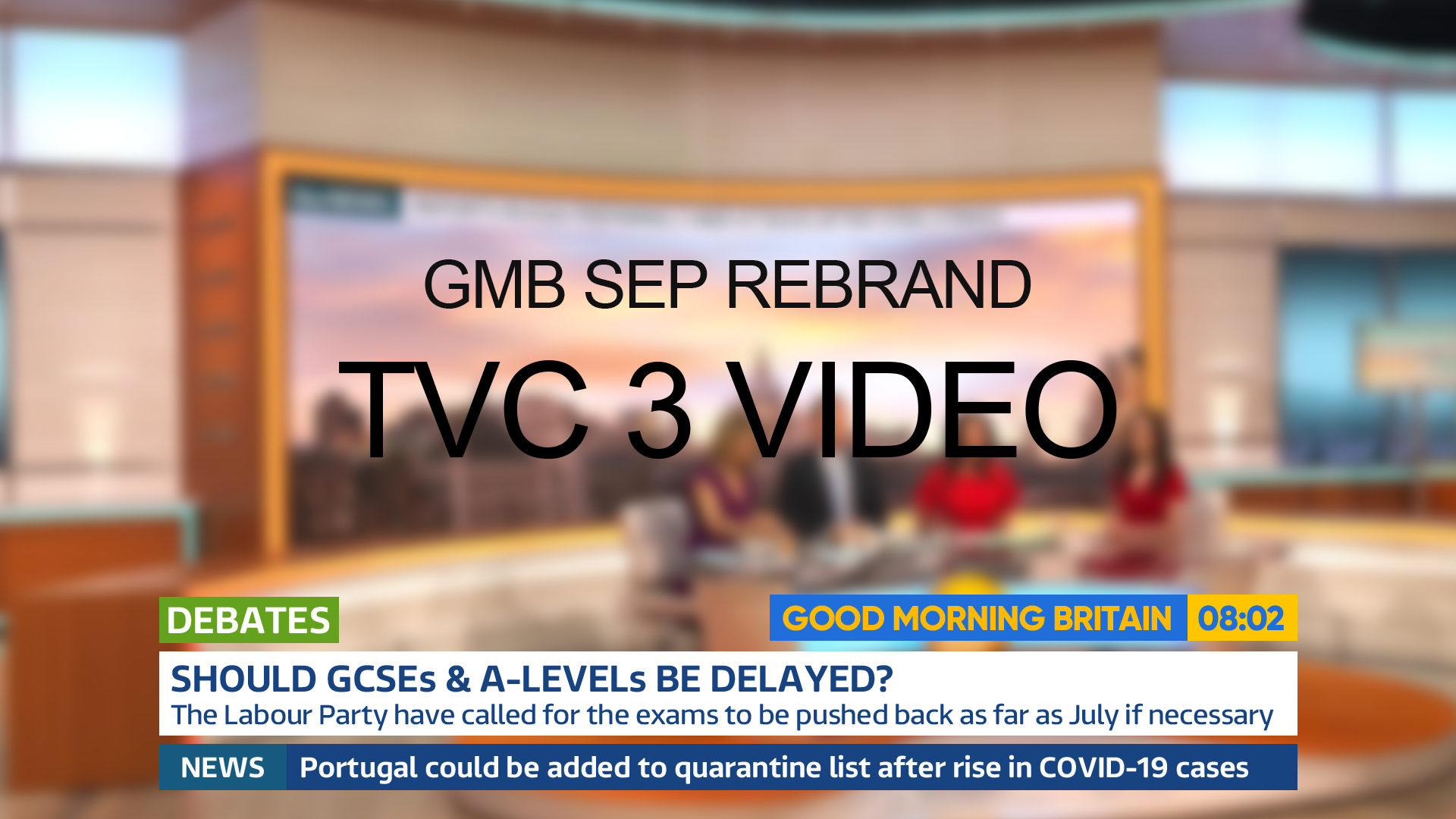 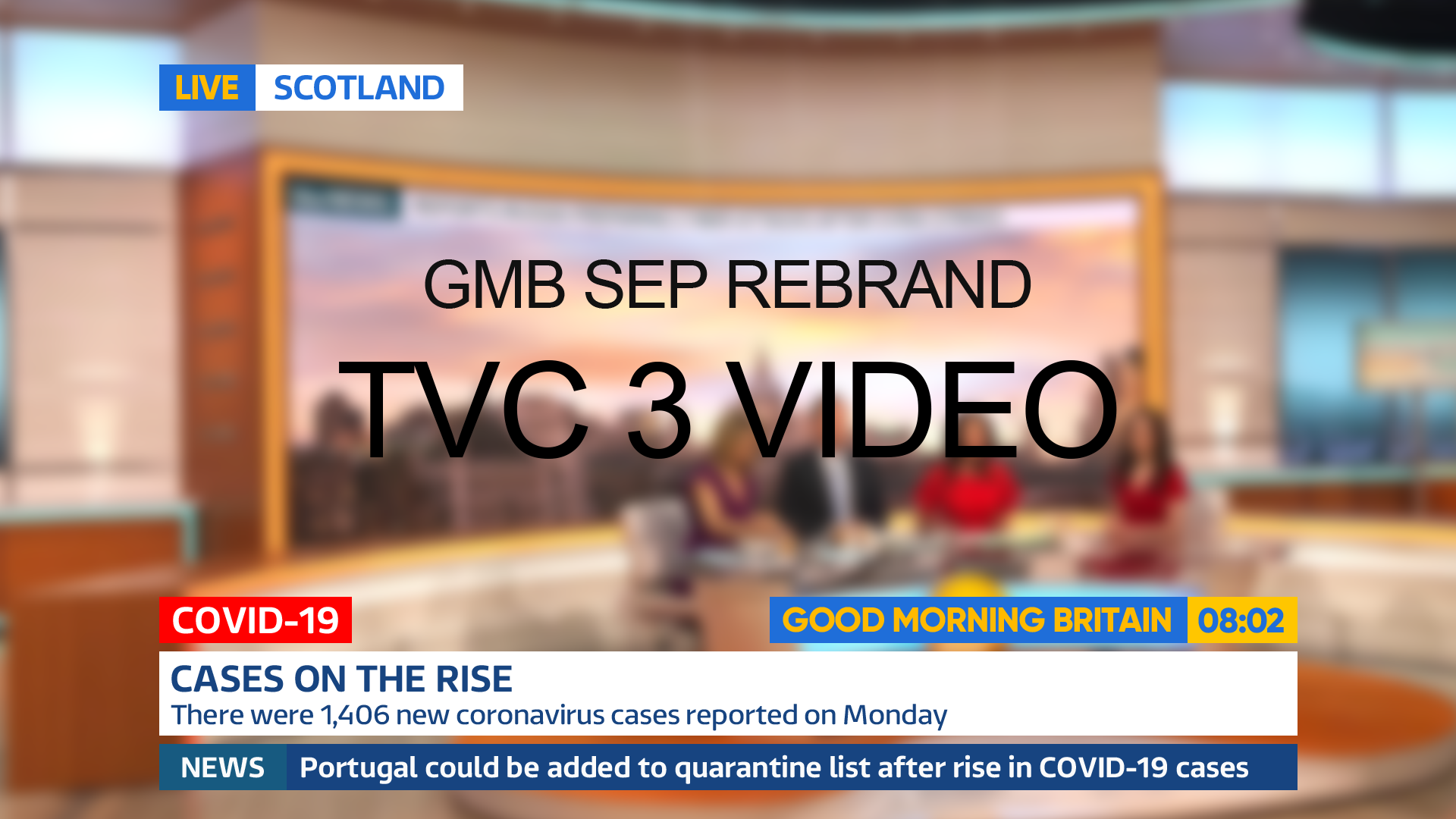 The most noticeable change is to the flipper and logo and clock. The flipper text is no longer in all upper case, and I think this makes it much easier to read and generally looks nicer. The logo and clock are combined, and sit nicely above the headline; I think this looks more consistent overall than the teardrop did. However, I'm still not sure about the positioning of this, and feedback on this would be helpful.

Next was the opening sequence, which was difficult for me to design my vision, as I'm not skilled enough in motion graphics to attempt a moving version, so hopefully the text at the top of each image helps explain what I'm trying to achieve. Here's the titles in pictures: 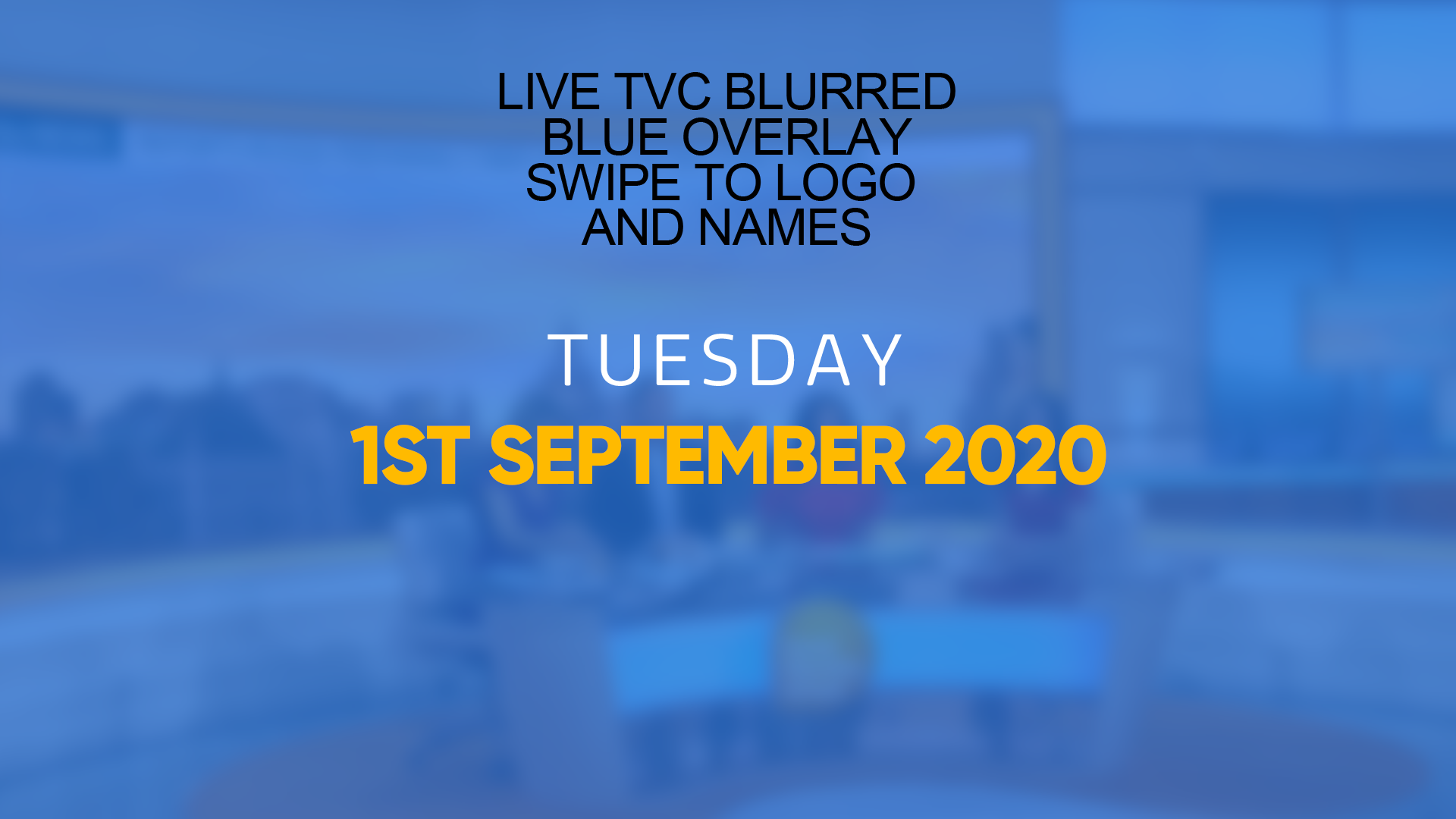 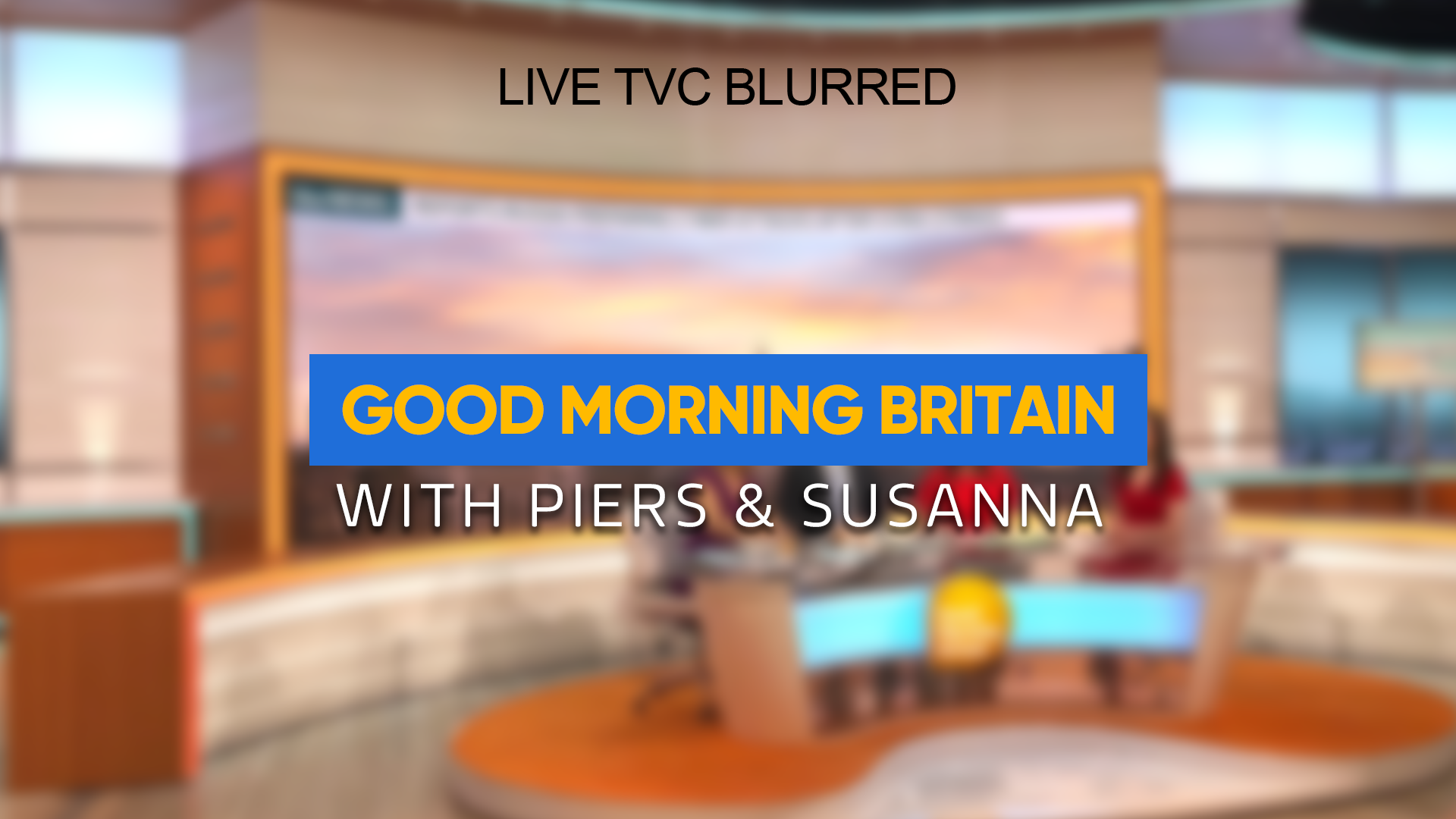 This is how I imagine ad breaks would look like, with the blue overlay swiping left across the screen, and the hashtag swiping up afterwards: 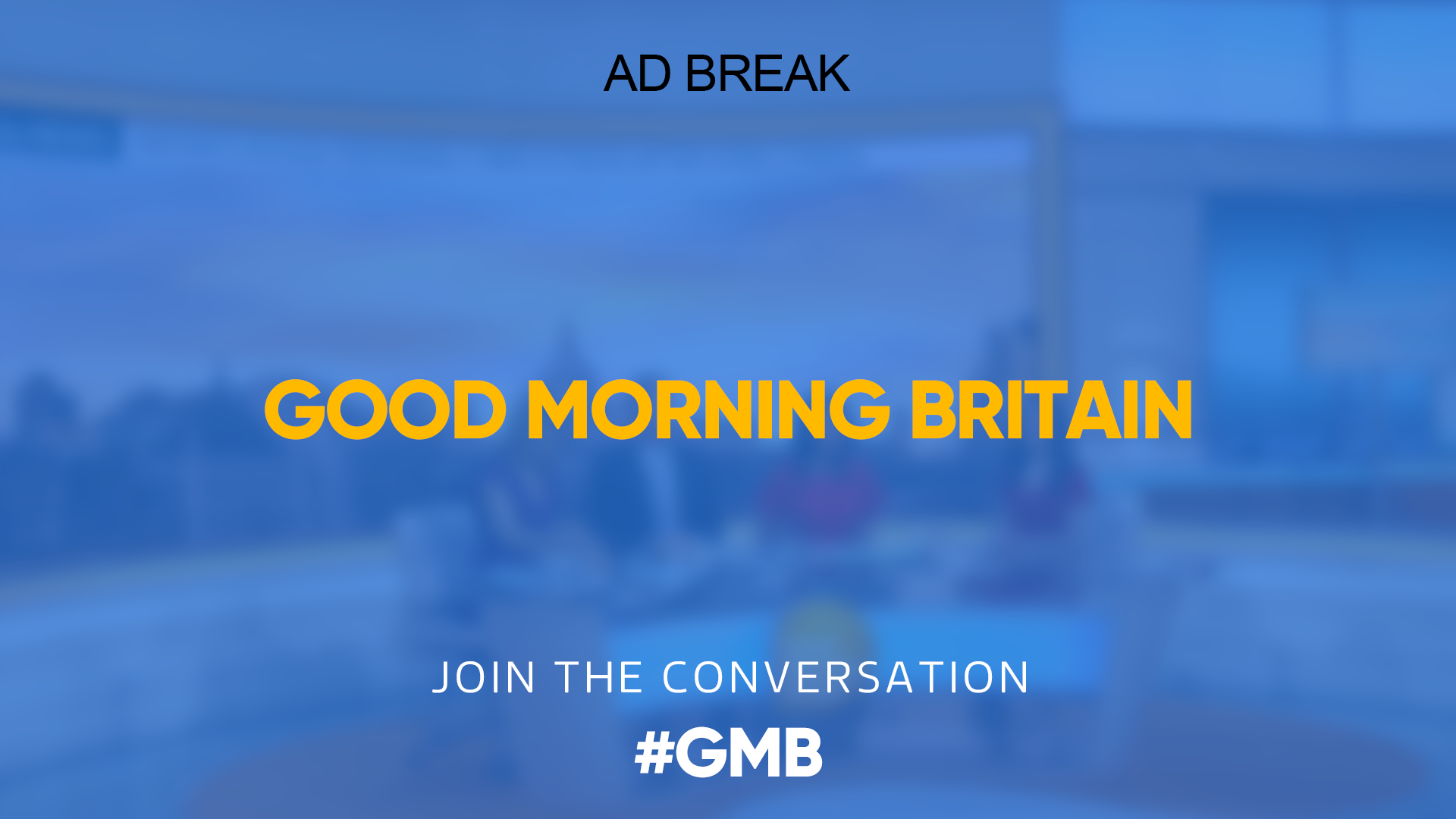 
Which font did you use for it out of interest?
DM
DeMarkay 31 August 2020 11:05pm
AlfieMulcahy posted:
Owen A posted:
Yeah it does look quite retro, I think that’s probably why I like it so much 😂


Which font did you use for it out of interest?