Previous Next
ST
Stuart West Country (West) Spotlight 27 August 2020 9:40pm
I couldn't think of anywhere else to post this, but it's sort of relevant to how technology has developed over the years.

NJ
Neil Jones Founding member Central (West) Midlands Today 27 August 2020 10:19pm
First version of Windows used for me was 95. Followed by 98, then XP, 7 and 10, but I used to work in domestic computer IT support so I had to deal with them all from 98 onwards at some point.

I thought Windows 7 was the best version of Windows that was released, in fact I was so taken with it it's the only version of Windows I preordered on Amazon. Windows 10 is okay but realistically I'm not taken with the entire UWP thing, I find it so cumbersome and painful to do anything with. Given the choice I will always take the "classic" way of using a program rather than an "app", and to be honest if its only available as an app I'll just find another program.

james-2001 Central (East) East Midlands Today 27 August 2020 10:51pm
We had Windows 3.11, that's how old I am.
NJ
Neil Jones Founding member Central (West) Midlands Today 27 August 2020 11:22pm
Program Manager was still part of Windows as late as XP before finally biting the dust after one of the service pack updates purged it, although it seems to exist in some form but not as we knew it in 10, though it may get a bit upset on shutdown: 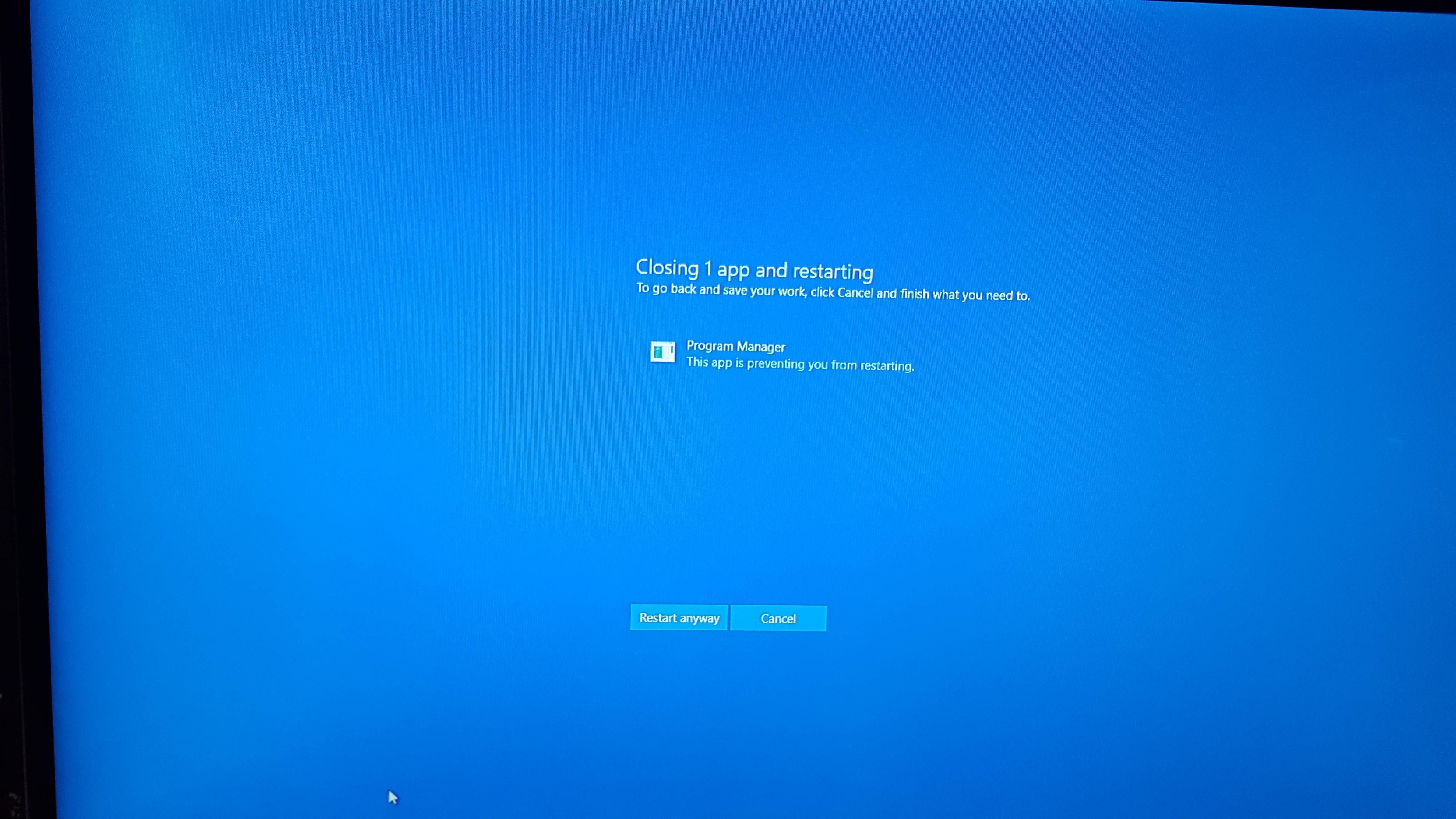 
Windows 3.1 was the first operating system i used as a kid. I used to watch my dad using command prompt all the time.
Have you washed your hands?

When I lived in Australia in 2015-16 I was a bit horrified that some library computers were still using XP, which meant some websites and applications would struggle to load correctly, but my last visit there three years ago saw they’d been updated. Wouldn’t be surprised if XP was still around in some countries though - 98 lasted well into the 2000s, and at least one family member was using it right up until the early 2010s.
Member since 26 May 2001
JB
JasonB London London 28 August 2020 2:37pm
james-2001 posted:
Unlike Windows 8, which was terrible.


I got quite used to windows 8 from Vista. I didn't mind the tiles. I not long ago needed to get a new hard drive which came with a Windows 10 installation on it. I do love the random image lock screen feature.
Have you washed your hands?

itsrobert Founding member Granada North West Today 28 August 2020 8:18pm
The earliest Windows OS I remember using would be 3.1 or one of its variants in school. I got my first home desktop PC in December 1995 and that came pre-installed with Windows 95 so that was the first OS I really got to know. It was in those fantastically simplistic days before I had the internet (didn't get that until about 1999/2000 I think) and all you had to worry about was a floppy disk corrupting. There's nothing like the stress of losing an essay to a floppy disk!

NJ
Neil Jones Founding member Central (West) Midlands Today 28 August 2020 8:51pm
Heh, Virtual Pool was great. Had Virtual Pool 2 which was a Windows version and looked a bit prettier. It was so realistic in terms of potting the balls and the angles and everything that you could practice on it and then jump on a real pool table and actually, you know, be really good at it.