I'm a bit obsessed with the German third channels. The idea that those areas can maintain a full schedule every day and do some really good stuff while contributing to ARD as well is pretty cool. And I'll wager the system's overall budget is less than the BBC's.


Well to be honest the thirds are mainly repeats, very little programming outside of news is actually new and hasn't been shown on one of national channels already.

In the case of money ARD alone actually has a bigger budget than the BBC. According to their own website* in 2018 ARD had an anual income of 6.6 billion Euro which is just under 6 billion pounds. And that's only ARD and it's members. ZDF and Deutschlandradio are missing from that figure and they carry advertising on the main channels.

Meanwhile the BBC hovers at "just" around 5 billion pounds in revenue if you include things like BBC Worldwide.

I prefer localization on the main channel(s), something akin to France 3 and BBC One, as otherwise you end up with too much overlap of content between the third channel and the main public channel

And I think a "third regional approach" would better work if the third channel was to be separate from the main public broadcaster, something akin to autonomous channels in Spain, even if that means carrying adverts

Also regionalization is far from being perfect
Ex. the fact WDR for North-Rhine Westphalia has 11 regional sub-feeds , while entire states often just get the main feed in all the region, for instance.
And I know that NRW is big and densely populated, but so are some other states.

And I also think some "regional divisions" are a bit odd, especially SWR (South West) which could be sustained population and area-wise by Baden-Württemberg alone, but also covers Rhineland-Palatinate, which is culturally and geographically not so Southwest. This region should/could go with HR for Hesse, which is rather small population-wise, so to form a "Midwest" broadcaster.
KU
Kunst World News 27 May 2020 3:53pm
Kunst posted:

And I think a "third regional approach" would better work if the third channel was to be separate from the main public broadcaster, something akin to autonomous channels in Spain, even if that means carrying adverts
.

Company-wise I mean, independent; a Channel 4-esque approach with advertising in order to be sustainable, and partly helped by the BBC, a bit like S4C.

THAT could work, and would offer something more different
EL
elmarko STV Central Reporting Scotland 27 May 2020 5:20pm
Thanks guys, this was incredibly interesting


Definitely looks like a response to 10.
TV
TVVT (previously TVPerson) Granada North West Today 8 June 2020 4:45pm
It looks more suited for 7flix, which recently changed it’s focus to females. I personally don’t like it.
BR
Brekkie Wales Wales Today 8 June 2020 11:29pm
Yes, the 7 rebrand doesn't look that fresh and we've seen that idea done many times before around the world, and generally better too.

One thing they have done from tonight though is lowered the number of ads - some breaks in primetime we just a minute long.

elmarko posted:
I'm a bit obsessed with the German third channels. The idea that those areas can maintain a full schedule every day and do some really good stuff while contributing to ARD as well is pretty cool. And I'll wager the system's overall budget is less than the BBC's. Which leads to a question: How does this style of broadcasting go so well there, whereas here we don't really have regional channels covering larger areas? We went for the city-style option which was always going to fail here, or we have regional inserts on the national channels.

This style of broadcasting did work so well for us on a commercial basis for 40 years or so until weak regulation began stripping ITV of it's identity and for some reason the complete myth that digital TV would mean we're no longer be interested in regional content was believed by those who mattered and local programming was stripped from the schedule.


The "City" stations here didn't work because they launched at least 15 years too late and with no real money behind them.
Stay Local. Stay Safe. Stay Alive.
EL
elmarko STV Central Reporting Scotland 10 June 2020 12:47pm
Yeah, I suppose that's fair. I should really have figured that into my thinking. But it depends what era we're talking, I guess. 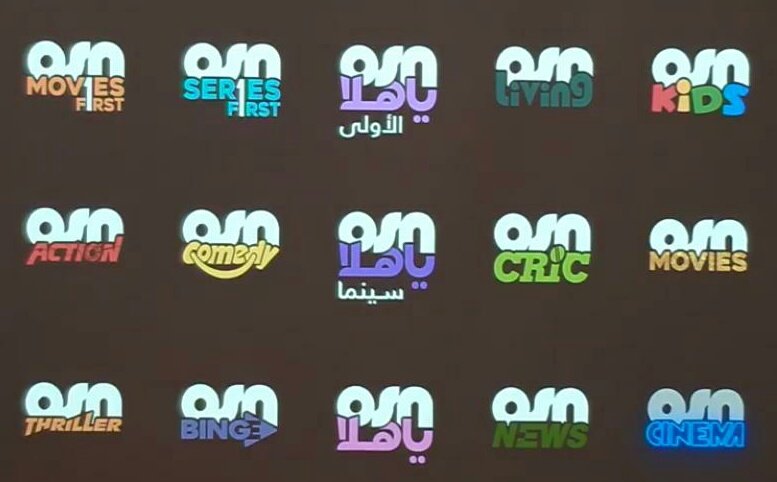 This look didn’t last long! They have all be rebranded and on screen all channels are now just OSN

New logos: https://www.osn.com/en-ae/tv-packages/osn-home-plus
DB
dbl London London 3 July 2020 9:10pm
Good, because they looked like logos straight from the 1970's, trying to emphasise the genre with quirky text. I suppose at least the refresh has some form of consistency
Last edited by dbl on 4 July 2020 12:13am

TV
TVVT (previously TVPerson) Granada North West Today 11 July 2020 8:26am
Building on it’s parent channel’s refresh last month, Australian multichannel 7mate recieved an all new look yesterday, co-inciding with three new shows, Aussie Border Securtity (which I’m guessing is just a new series of Border Security: Australia's Front Line on a different channel), new animated series Regular Old Bogan (which 7mate are marketing as a raunchy and rude cartoon), and Housos vs. Virus: The Lockdown (Which from the promo seems like a lockdown themed comedy). And to top it off, a new, (IMO) terrible logo (mostly due to the strecthed mate). The actual branding with the wall and the way the wordmark animates however is actually pretty good to me, it’s just the font!