NBC opens new newsroom studio, altered 3A now in use

Mouseboy33 28 May 2020 1:03pm
Brekkie posted:
That is almost identical in shape and design to the channel 10 logo in Australia, though as both have CBS connections maybe that isn't a coincidence.

Yeah its a coincidence. CBS has no say so how an affiliate, that is separately owned, chooses to brand its stations. But good eye for noticing the similarity.

looking at it on screen makes me slightly "queasy".
I'm here to give you something to talk about! You're Welcome.
https://youtu.be/1g18oiI2WIU
WH
what West Country (East) Points West 28 May 2020 4:50pm
This is how it looks on air:

Police are arresting a CNN reporter live on air. pic.twitter.com/kjmRYqH5Va

London Lite Founding member London London 29 May 2020 4:02pm
I wonder if WTSP had planned to change their really strange 'news' set but with the 'C' word kicking in, they just added the new '10' logo to the existing set.

Police are arresting a CNN reporter live on air. pic.twitter.com/kjmRYqH5Va


I haven’t seen any announcements. It was announced that CBS will cover the SpaceX launch and but I don’t know if that’s something they want to farm out. If they do it in DC they might as well keep the crew and staff around to do the newscast at 6:30.

It was worth mentioning that when the CBS Weekend News started it was preproduced/not live and made up of packages that appeared on CBSN earlier with the CBSN anchor recording links. You could see that they recorded it (based on clocks on the multiviewer and in the background) two or three hours before.

Edit : The weekend news will be coming from their St Louis affiliate KMOV.
Last edited by Rkolsen on 29 May 2020 9:24pm
Don’t let anyone treat you like you’re a VO/SOT when you’re a PKG.
UK
UKnews 30 May 2020 12:20pm
In terms of other networks for the SpaceX launch (Take 2) ABC News are putting on a full programme (as they did on Wednesday) on ABC News Live, simulcast on the National Geographic channel. It was a good effort the other night, fairly big production, looked good.

Possibly they’ll break in to the network with a special report - they did that on Wednesday just in time for the countdown to be halted, so that wrapped up within a few minutes, but the programme itself carried on for a while.

RK
Rkolsen World News 6 June 2020 11:33pm
A new ticker pushback at CBS. They were reporting that Joe Biden has officially reached the number of delegates needed to me the official democratic nominee for president. I didn’t record the show on my TiVo but I may try something with my cloud DVR to make a recording. 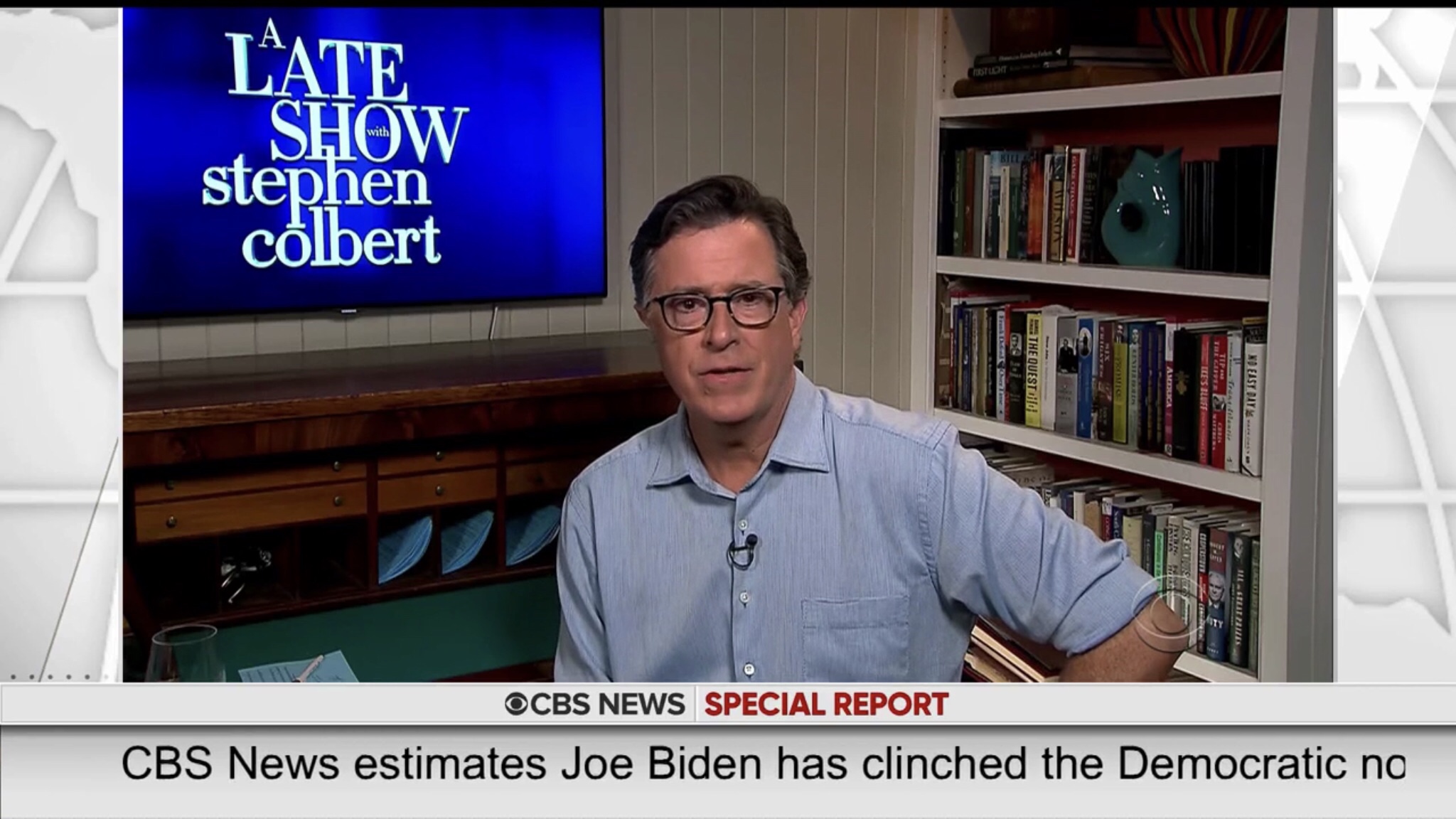 This was what has been used as recently as December, the pushbacks aren’t often used except perhaps after 10PM ET or late nights when significant news personnel are off.


Last edited by Rkolsen on 7 June 2020 1:23am
Don’t let anyone treat you like you’re a VO/SOT when you’re a PKG.
RK
Rkolsen World News 9 June 2020 12:58pm
Although I didn’t record this off my TiVo, I managed to get the recording from Comcast’s streaming site and recorded it as a screen capture.


Don’t let anyone treat you like you’re a VO/SOT when you’re a PKG.
OM
Omnipresent London London 14 June 2020 4:47pm
The Huffington Post has run an investigation into allegations about the conduct of ABC News executive Barbara Fedida: