I've had an idea in the back of my head for a news channel concept for a while now, I made a mock a few weeks back and abandoned it, but with a recent post in the gallery requesting some designs that don't get in the way too much I thought I'd remake it and offer my contribution

WARNING
I don't have any fancy video/graphic design software so this is all powerpoint, and done relatively quickly but hopefully you can see past it's rough around the edges look to see the concept!
Also, I've just noticed typing it up that I've got a bit carried away so it's quite long haha

The idea was for a new news channel by the fictional National Television Company, NTC NewsDesk .

The idea was inspired partly by the stacking cards style of pres shown on itv endboards and trails, and partly by my own annoyance at lower thirds that take up too much space - especially now when we have lots of badly-framed people on zoom interviews that have the bottom of their face cut off, and a big blank space above their head

I decided to go with a ticker rather than a flipper because I found it too limiting, but I would make sure that the headlines that scroll on them are kept as concise as possible.

The main headline and extra info have been combined and squashed into the left hand side, allowing for enough space to fill a couple of sentences, but leaving the majority of the lower screen blank.
I think this gives a clean look that gets out of the way, while still providing glanceable information.

I was debating a clock, but to be honest I mostly watch sky news via the youtube feed on my chromecast, and that has no clock. I haven't missed it and it helps with the minimal, clean look to not have one. (we have enough devices to tell the time these days I reckon you could do away with it).

The tag on top would change GMB-style, with things like TOP STORY, DEVELOPING NEWS, NEW TODAY (all in blue) for generic bulletins, BREAKING NEWS in orange, or the names/colours of branded shows (I have a few ideas but won't go further than the generic bulletins right now!) 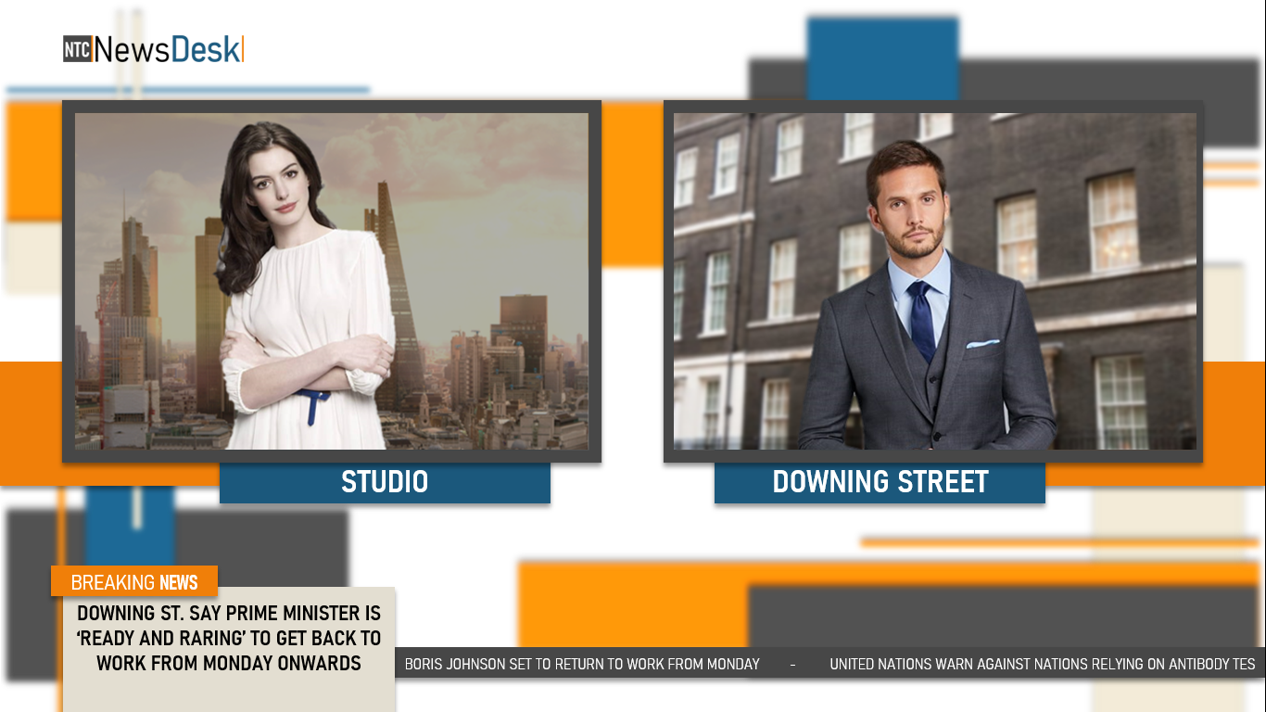 Again, this is all following the idea of having stacked pieces of 'card' all anchored to one side of the screen, using shadows to achieve the desired effect.

This is one area where I feel like the graphics can be a bit more in your face and take up more space.
The idea from these came from the pictures shown at the start of Sophy Ridge on Sunday to preview who's coming up.

It's always mildly irritated me that they do a push up from bottom transition, when if they did a push in from right it would look like the triangles actually extend across the pictures. You can see from the video below where I've attempted to do just that with the headline sequence and live wipes:

If you are interested, I've recorded the original version that I made with Google Docs a few weeks ago, it has some extras like PMQ's graphics that give background on MPs/Factchecks etc.

Beyond Westminster is a political show concept, shown around lunchtime/early afternoon that Brings you all the latest and breaking news from the seat of power, as well as seeing how it affects those outside the Westminster Bubble . It would take PMQ's live each week

Like I said, its very rough around the edges, but I've still tried to follow the basic rules of sizing/safe zones that I see people get pulled up on all the time on here and I'd love to know what you think!

rob Founding member Meridian (Thames Valley) South Today 21 May 2020 7:43pm
Interesting ideas, but I don't like the choice of font you've used, it's not easy to read.
TV Live - The home of TV presentation.
BR
Brekkie Wales Wales Today 23 May 2020 12:41am
Great to see something original. I think it needs more interesting transitions to justify how busy it is on screen but a good start for sure.
Turns out nobody had 2020 vision.
RW
rw96 Granada North West Today 23 May 2020 3:45pm
Thanks for the nice feedback guys

This was only something I worked on for one afternoon, so I'll definitely go back and see what I can do to improve it!


rob posted:
Interesting ideas, but I don't like the choice of font you've used, it's not easy to read.


I've used a condensed version of the font I picked - maybe I'll try the normal version, plus looking back I like the mix of sans and serif on the old one


Brekkie posted:
Great to see something original. I think it needs more interesting transitions to justify how busy it is on screen but a good start for sure.

I quite like the idea of stacking the text rather than having one long logo - this could fit into social media profile pictures etc better and could exist alongside the main logo.

Let me know if you think I'm onto something or if I'm needlessly overcomplicating things!

So I've been working on this on and off for a few days, trying to get another version, but never quite happy with what I've produced.

I was experimenting with getting rid of the TOP STORY/BREAKING NEWS/DEVELOPING STORY etc banner and incorporating it into the main strap as a stacked layer that animates above it and then out again to reveal the text, but it ended up leaving the strap looking a bit boring, empty and lost - this is probably why most designs have a headline and sub heading

So I went with adding a headline as well and I'm pretty happy with the result - let me know what you think!!

EDIT: I've only just now - after screen recording my PowerPoint and making gifs - realised that I misspelt Minneapolis! please forgive my D'oh moment

Since we're back in lockdown I thought I'd revisit my old project for the new News Channel....

The overall concept remains the same, but I've spent a couple hours working on the on screen graphics, starting pretty much from scratch to create what I hope you'll agree is a slightly more refined version of what I started building in the summer. 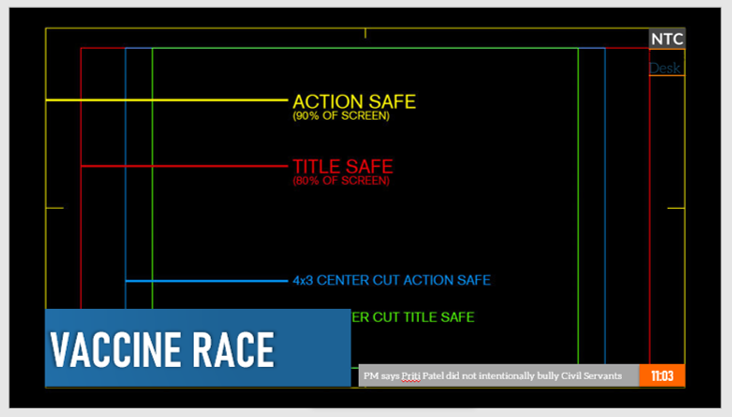 The changes I made and my thoughts behinds it:

- This uses the second version of the logo, with half serif, half sans serif.

rob posted:
Interesting ideas, but I don't like the choice of font you've used, it's not easy to read.


- I loooved the use of Sky headline on their US election graphics, so I've followed a similar look by choosing a condensed font in all caps (I know someone said they didn't think it was good for readability, but I figured if sky can, I can!

TVVT posted:
I like it, the colour scheme fits well and the folding idea is a favourite of mine too.

- I've tried to keep with the stacked cards theme and colour scheme that I've been building on from the start, but a lot less visually busy/messy

- I've switched the flipper to take up half the screen, allowing me to go for the oversized headline without it being too high on the screen. I don't think that fitting a whole story into the flipper would be an issue, I've included 3 stories in the video to demonstrate this.

Brekkie posted:
Great to see something original. I think it needs more interesting transitions to justify how busy it is on screen but a good start for sure.


- Hopefully the animations are a bit more interesting!

Again, this is all done on PowerPoint, so please bear this in mind when giving feedback

I haven't worked at all on the studio/titles/split screens etc - just put something in there to give you an idea, but if you guys think I'm onto something let me know and I'll work on it more, I have loads of ideas for shows etc!


Thanks! That picture was only to show that it was within safe zones

the headline shrinks to reveal the story beneath it...

I've converted it into a GIF that hopefully you can see?