The vital ingredient in an authoritative Skype interview... pic.twitter.com/ejIp2XQaAO

HC
Hatton Cross 26 April 2020 11:40am
Formula E hosted it's first virtual race yesterday. BBC Sport/Red Button and Eurosport 2 were showing it.
The graphics were very realistic - some of the grandstands were half empty, just like the real thing.
BR
Brekkie 26 April 2020 1:10pm
With the Crucible Clasdics are there any compliance rules regarding the old Embassy sponsorship. From the bit I saw the other day the logo was rarely prominent in full so whether that was just the case at the time or they've been conscious of it in editing together the classics I'm not sure. Personally I think archive content should be fine but considering how we see "controversial" things edited out in quick turnaround repeats and even on +1 I was just what the standard is considering we're in a period where archive content is more prevalent than ever.
HC
Hatton Cross 27 April 2020 9:37am
Isn't it a case of just go with it?

And to be fair, a blur or blocking of 'Embassy' would be more noticable to the viewer, than just keeping it in and it becomes part of the background. It could be argued that putting that brands wording over the back on the globe prop actually merge into the background better than if it was out on it's own.

BBC Sport showed a compliation of Rugby League games from down the years a couple of weeks ago - and that had both visual and verbal mentions of 'Silk Cut', so no-one seemed bothered to reduce the mention of that product.

Sky Sports F1 don't seem bothered by the bombardment of various ciggie brands on all the cars and trackside before the European wide ban on cigarette advertising in the late 90's.
TI
tightrope78 27 April 2020 1:19pm
Formula 1 plan to start season in Austria as French GP called off

Interesting quote near the bottom of this article from Professor Devi Sridhar, professor and chair of global public health at Edinburgh University:

"Hate to be bearer of bad news don't see any international sporting events with spectators going ahead in 2020 or early 2021. Goal is to establish some sort of economic/social activity while keeping COVID cases low and big events could upset this fragile balance going forward."

Ultimately this is why I think it's incredibly premature to start planning for international events even early next year. Whilst sporting competitions within individual countries should start as soon as medically possible, the notion of international sporting fixtures this year seems increasingly far-fetched. Much the same as the idea of Eurovision next May seems optimistic to me.
DV
DVB Cornwall 27 April 2020 2:05pm
Mutua Madrid Tennis Virtual Pro .... is now live 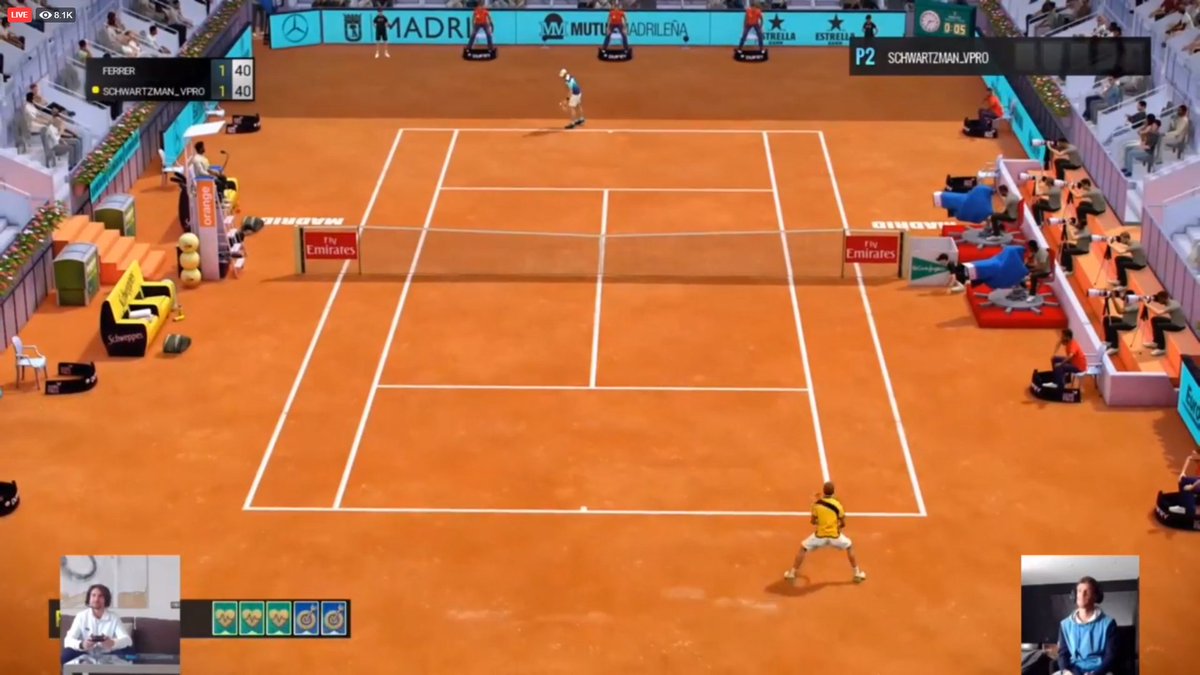 Bloody hell, FIFA seeing sense. This morning they thought they could solve everything by having 5 subs and booking players for spitting.
PE
peterh 29 April 2020 6:06pm
If we have to abandon to many games have been played for null and voiding and to put 29 weeks of toil and trouble seems unfair, so freeze the table, I.e the table as now is the finished table maybe add average points for the games missed and then sort omit champions, qualifications and relegations using the frozen table. So we equalise everything for next season and then start appropriately with Liverpool as reigning champions and the teams as are in the league now in the champions league and europa league. If you void anything void the fa cup. Declaring it finished now means the money will probably be paid, helping low league clubs sort out their finances. If you void no body gets money. So no broadcaster happy, no football staff happy and no fans happy.. so play or freeze not void as this would be unfair on everyone including the broadcasters of the league internationally.
ET
ethanh05 30 April 2020 9:44am
Bit of Champions League rights news elsewhere:
https://media.sportbusiness.com/news/tv2-takes-over-champions-league-rights-from-nent-in-norway/