This site closed in March 2021 and is now a read-only archive
Previous Next
IT
itsrobert Founding member 7 April 2020 12:03am
Just on Click Online and Stephen Cole, I've had a rummage around on my hard drive and found some old materials from the early days. Sadly, I never managed to capture the original Click Online presentation. I do vividly remember it though.

That said, I did capture some elements of a show from September 2003: https://up.metropol247.co.uk/itsrobert/Click%20Online%202003.zip
Quick interesting looking back - the tech covered would have been cutting edge then.....

If you watch the 2004 video and don't really recall Stephen presenting during the orange and black era, you're not wrong. I *think* this was one of his few times. I mostly associate him with the red and cream and flags eras.

I'm afraid all of the videos are in the ancient RealMedia format, but they should play in VLC Media Player.

And finally, some publicity photos: 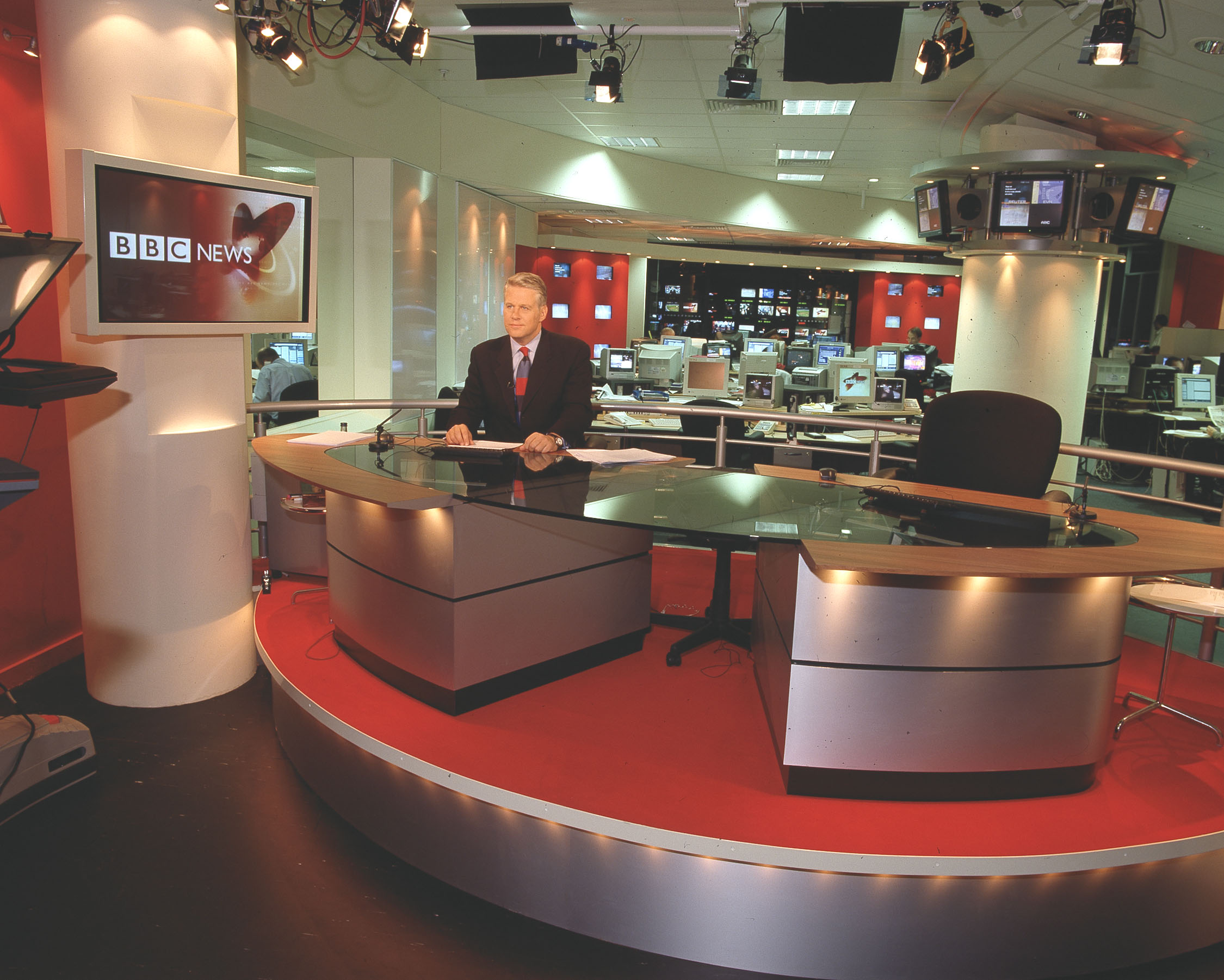 It was really tiny compared to what you saw on screen. I was lucky enough to visit it in person a couple of times in 2001 and 2003 and I was astonished by how cramped it was. The newsroom wasn't very big and the main news set was just crammed in a corner. To give some perspective, right opposite where Stephen is looking in those photos was (eventually) the BBC Four News set and to the left of that, the Sport Today set. So, all three sets were really crammed in together. ISTR that the cameras would be swung round between programmes. The other thing I remember about N9 at that time was all the walls were really scuffed. But, I've now realised that is pretty commonplace in studios and associated environments - the scuffs and scratches just don't show up on screen.
BR
Brekkie 7 April 2020 12:29am
I only ever remember seeing him when the other newsreaders went on strike.
IT
itsrobert Founding member 7 April 2020 12:44am
I've found a couple more publicity photos that might be of interest. I suspect these were taken for the relaunch of The World Today in September 2001. 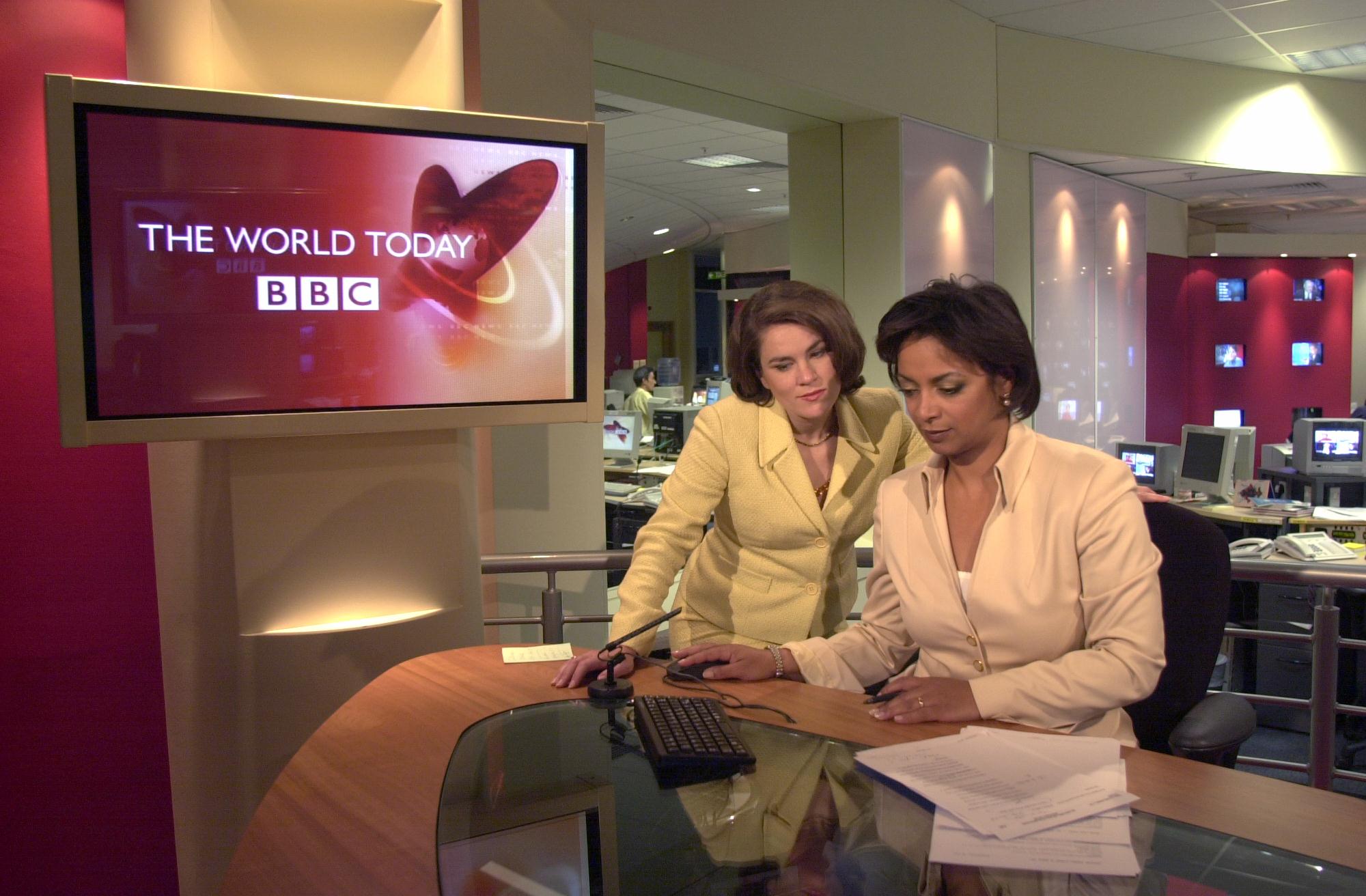 The eagle-eyed will spot Mike Embley sat in the newsroom in the mirror reflection (behind Tanya Beckett) in the first photo!
RN
Rolling News 7 April 2020 12:58am
Is Tanya Beckett still with the BBC? I know Martine Dennis sadly isn't.
JW
JamesWorldNews 7 April 2020 4:04am
Yes, that ‘mirror’ was added to give an impression that the newsroom was vast! Given the camera angles used towards the plasma, it was difficult to ascertain that it actually was a mirror and it was therefore rare to actually see a subject and his/her reflection at the same time.

Tanya left the BBC and became a freelance presenter and often appeared doing weekend news, but never business news. Having said that, I haven’t seen her on air for about a year, approx.
WH
whoiam989 7 April 2020 5:10am
AxG posted:
Should have called it "The World in Portrait"


All shows on Quibi support both portrait and landscape modes, so your proposed name reflects only half of the BBC magazine show's propose.
GE
thegeek Founding member 7 April 2020 6:33am
TheMike posted:
Rolling News posted:
Speaking of Click Online, this surely has to be the best theme tune of the 2000s...

Although it isn't the 'original theme' as claimed by the YouTube uploader. This theme only came in during 2003. It was however, a vast improvement on the actual original 2000-2003 theme.