What if BBC Three became a stand-alone SVOD service? (April 2020)

As you know, there are streaming services on the rise at the moment (Netflix, Amazon Prime Video and Disney+ to name a few), so for my first design project, I thought I'd make my own idea for the BBC to cash in on the action. By that, I mean evolving BBC Three again, to an subscription video-on-demand service that would be independent from BBC iPlayer, in a way similar to 10 Play and 10 All Access in Australia.

The new BBC Three would not just offer programming to the BBC library and back catalogue, but original programming (including current BBC Three originals), select programming from third parties, and maybe some original films. So to kick things off, I designed a newly-refreshed logo: 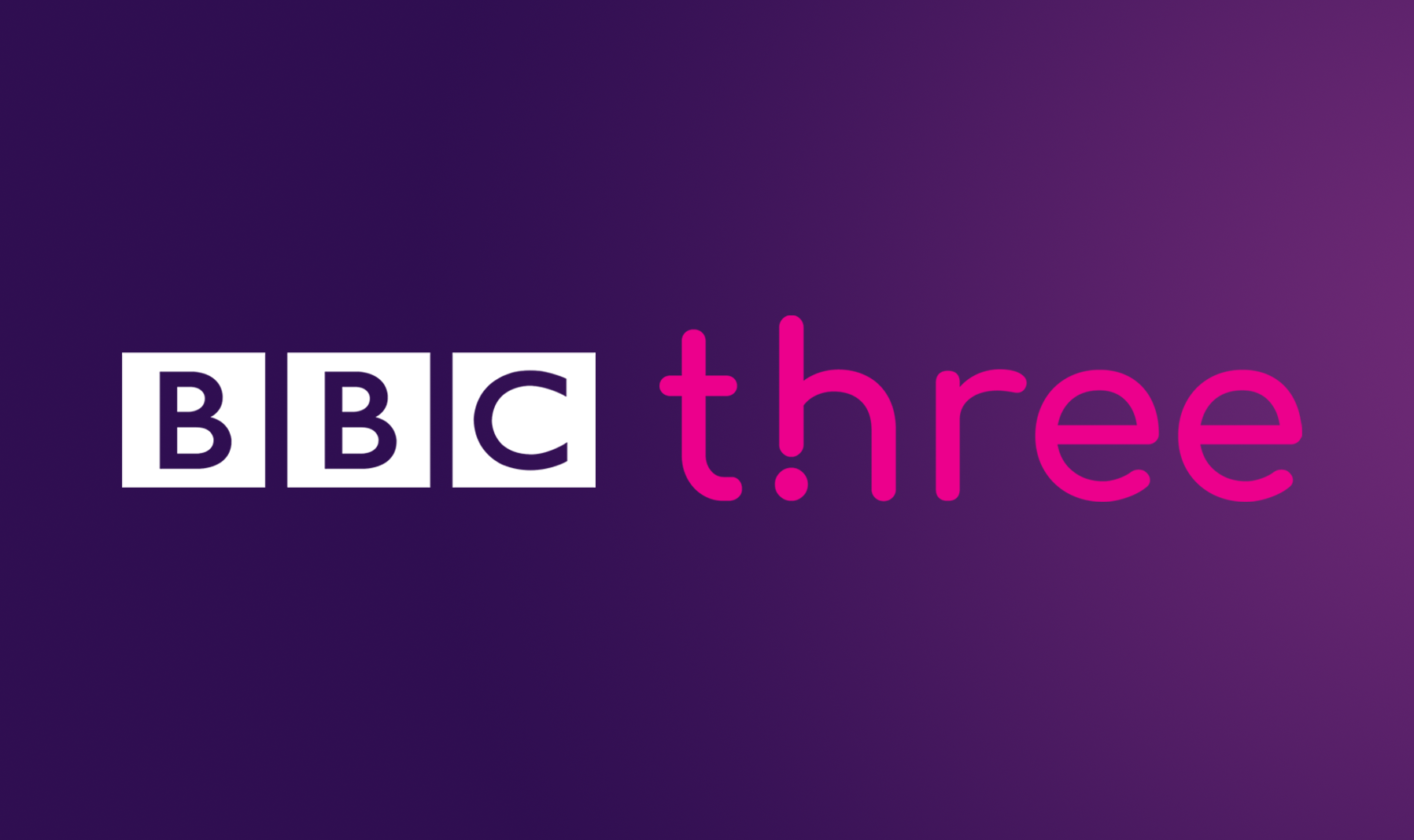 Next, I designed how the interface should look. which has a rather vibrant feel, as with most streaming services. I took it to great lengths to make that design alone stand out, by having preview clips on the featured tab. In the "Popular on BBC Three" scroll, I made BBC Three original programming stand out by containing a "BBC Three Original Series" tag. 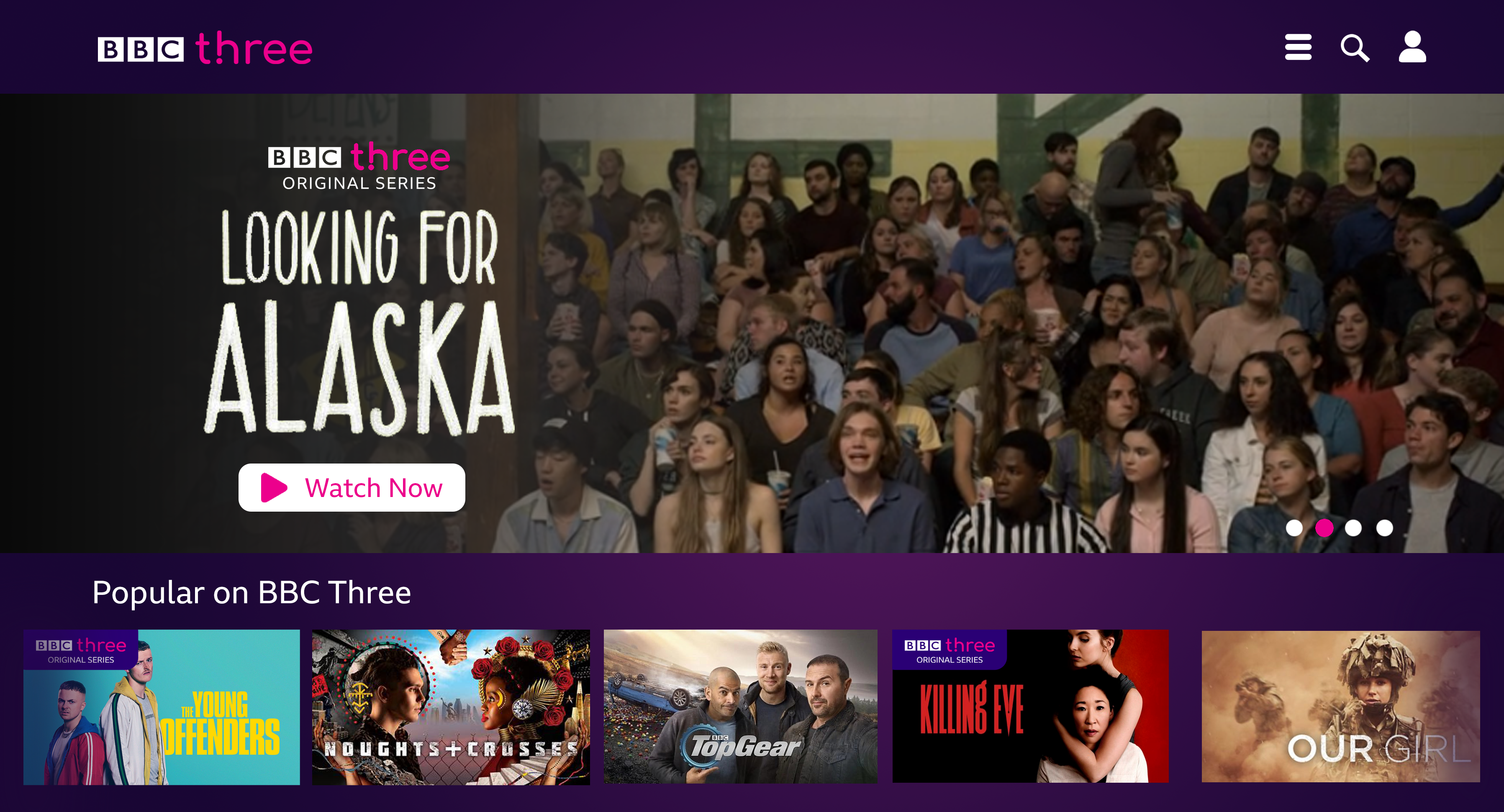 To wrap things up, thank you to anybody who reads my little explainations and info about my early progress of the revamp, and I hope you all like this idea of another BBC Three makeover. I look forward to receiving feedback on this treasured project!

TV
TVVT 4 April 2020 1:22pm
I love the idea of making it a streaming service to rival Netflix, D+ and Prime and also love the design and logo.

5/5
CN
ClarkNarvas 4 April 2020 5:45pm
The idea of having a competitor to Netflix, Prime and Disney+ has already been done by the BBC. That's iPlayer. They've been trying to reposition it as that for the last 1-2 years now.

The reaction to Britbox has already shown why a paid competitor would not work. The BBC doesn't create commercial services, they create public services that are funded by license fee payers, which in a way, are already a subscription.

On the actual mock, the design is honestly just very uninspired and is not an improvement on what they've got now, It's very dull compared to what they've got now and with the user interface, it feels half baked and I feel like iPlayer has a much better layout.

If I were you I wouldn't really continue this mock because the entire idea is really flawed but if you're planning to continue it then I'd say just try and look at little details from other UI's and try to see how you could add them here because it really looks incomplete
BS
BiggieSMLZ 4 April 2020 6:52pm
TVVT posted:
I love the idea of making it a streaming service to rival Netflix, D+ and Prime and also love the design and logo.


Thanks so much for the positive feedback! Next time, I'll explain how promotional materials will play out.

JA
Jake 4 April 2020 9:33pm
I'd love to see a strong rebrand for iPlayer.
JO
Joe 7 April 2020 11:23am
You seem to be combining two different services and I can't work out what for. On one hand, you have BBC Three, a youth programming brand. On the other BBC iPlayer, a service/platform for streaming video content. I can't quite work out why you've used the former to describe an extension to the latter.

BS
BiggieSMLZ 2 June 2020 7:23pm
Joe posted:
You seem to be combining two different services and I can't work out what for. On one hand, you have BBC Three, a youth programming brand. On the other BBC iPlayer, a service/platform for streaming video content. I can't quite work out why you've used the former to describe an extension to the latter.


Good question. Well, I read about how different Australia's 10 play and 10 All Access are. Both video-on-demand services would, as I said very strongly, remain independent. BBC iPlayer would continue as the free video-on-demand and catch-up TV service, and the BBC Three stand-alone SVoD would be the new home of the iPlayer box-sets, films and archive programming. All current BBC Three content (like Killing Eve, Normal People and so on) would continue to air on the service as normal.