Split from ITV presentation refresh in the New Year

Inspector Sands 23 December 2019 7:18pm
Can I just be Mr Pedantic and point out that the thing on Christmas Day is not and never has been called 'The Queens Speech'

thegeek Founding member London London 23 December 2019 7:24pm
You certainly may. The Queen (or possibly HM The Queen) in listings; I think it's The Queen's Christmas Broadcast on the titles.

Looks like it's the BBC's turn to produce this year.
Avatar credit: SMPTE RP198

VMPhil Granada North West Today 23 December 2019 7:47pm
Inspector Sands posted:
Can I just be Mr Pedantic and point out that the thing on Christmas Day is not and never has been called 'The Queens Speech'

I didn’t call it ‘The Queen’s Speech’. I called it the Queen’s speech.

Edit: apologies if this post comes across as angry or passive aggressive. It didn’t come across that way in my head but re-reading it, it does. I was attempting to be pedantic about pedantry.
Last edited by VMPhil on 23 December 2019 8:09pm

Inspector Sands 23 December 2019 9:23pm
thegeek posted:
You certainly may. The Queen (or possibly HM The Queen) in listings; I think it's The Queen's Christmas Broadcast on the titles.


It's The Queens Christmas Message
https://en.wikipedia.org/wiki/Royal_Christmas_Message

tesandco Founding member Granada North West Today 26 December 2019 6:29am
Week 52 of ITV Creates began at 6am this morning, with Anna Lomax's work for the 'exploding confetti' logo. Although the first broadcast doesn't actually show the cylinders explode. Additionally always the sticklers for accuracy in this junction at ITV, it also contains an incorrect pre-recorded announcement which mentions Boxing Day but is still promoting GMB, despite the fact the show was not on in favour of CITV shows today. (Though it does still start with a big C spouting toxic gas so...) 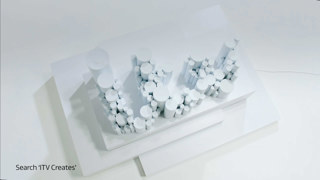 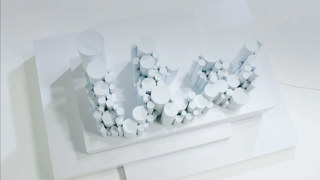 Andrew Wood Founding member Central (West) Midlands Today 26 December 2019 8:51am
Considering the announcement referenced starting the day with a bang - maybe a different version of the ident had been expected to play out. Bit of a mess all round on this one.

Now, I'm sure we'll find out soon enough, but I'm wondering if the exploding confetti will be saved for New Year's Day? ITV's own video seems to suggest so.


Logistically speaking, I take it we'll (hopefully) see this ident until New Year's Day, when we'll get a new ident to take us to the following Monday?
Fan of the media industry, from the UK.

Asa Admin Meridian (South East) South East Today 26 December 2019 1:59pm
Something went a bit amiss with that GMB announcement then, surprising that wasn't picked up by anyone involved. Not sure GMB has ever had a Boxing Day edition?

The confetti has exploded on the more recent showings today, several different versions as normal.


Fan of the media industry, from the UK.

And another one was lazy enough to just use breakbumper footage on a tablet for the logo.
BR
Brekkie Wales Wales Today 1 January 2020 9:55am
Josh posted:
Well, if we don't get Project 104, I suppose we have to resort to these...