) referring to the HDR photography technique of taking multiple still shots of the same scene, with different exposure levels and using tonemapping to produce this kind of saturated image.
Write that down in your copybook now.
LS
Lou Scannon West Country (East) Points West 14 October 2019 11:50am
chris posted:
The colours do look very vibrant - clearly is a touched-up still with some animations added. But as others have said, better than that fake empty corridor.


Has anyone reported this to Operation Yewtree?

Some rough and ready ones from iPlayer:

I don't get the fuss.


Thanks. The orange on the set doesn’t suit the new backdrops, maybe they should change it up a bit?

It looks like they've already made it an ever so slightly lighter shade of orange. 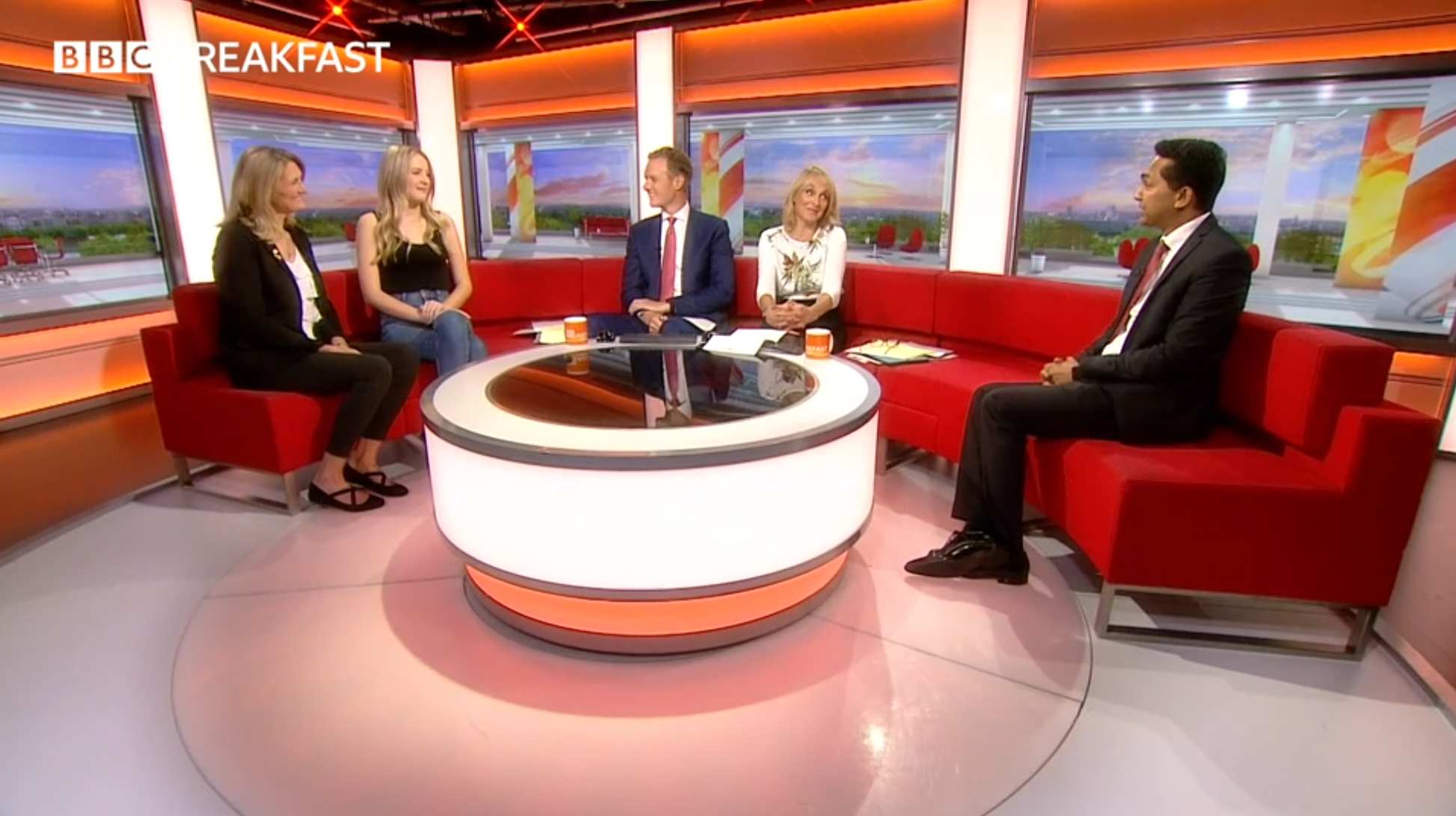 I agree. How that lasted for nearly 8 years is beyond me.
Stay alert. Control the virus. Save lives.
ST
Stuart West Country (West) Spotlight 14 October 2019 2:14pm
The one/two headed shots are very nice, with the rippling water in the background; much better than a few flickering fake monitors, or fake birds flying past.

However, the wider shot doesn't look right as it's not a panoramic view that connects together across the screens.

Definitely an improvement from what was shown before, but I hope they change the views to be more realistic, with less 'stylised' colours.

I withdraw that part of my comment, as by 06:14 I spotted some fake birds, although they look more like fleas just buzzing around Sally's head. 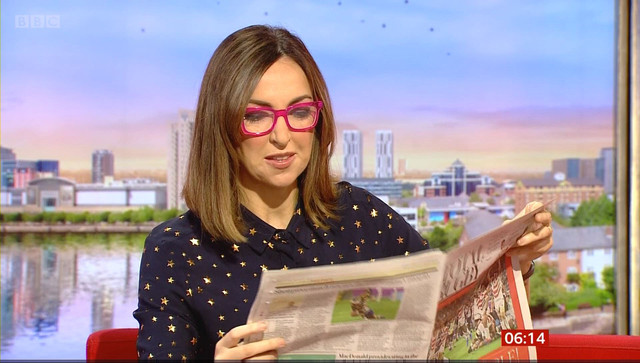 
It was the backdrop which threw her.

ST
Stuart West Country (West) Spotlight 14 October 2019 6:59pm
I think perhaps it would have more effect if they had changed the 'title sequence', music, Reithed the graphics/logo and background screens all at the same time.

This 'drip, drip' effect is somewhat pointless. Either change a programme's on screen presence or don't bother at all.


I'm going to play devil's advocate here because goodness knows how often I've been frustrated by how "static" the visual appearance of Breakfast has been over the last decade (and more), but I imagine they have a philosophy of "don't fix what isn't broken". It still gets a good chunk of the morning audience and I imagine a good proportion of that audience couldn't care less about whether the titles / backdrop / set changes, or certainly aren't as fussed about the visual appearance of the show, as long as they get their news, local news and weather at the times that Breakfast adheres to.
BR
Brekkie Wales Wales Today 14 October 2019 7:13pm
Not overly keen on the new backdrop. Just wrong to have a view of the building g you're sitting in as the backdrop
Stay Local. Stay Safe. Stay Alive.