This site closed in March 2021 and is now a read-only archive
Previous Next
QN
Quatorzine Neko 15 April 2019 9:47pm
Here in France, TF1 and France 2 still are in Special Edition mode if I'm not mistaken; and, unusual thing, even M6 is going to air a special broadcast at 9:50 pm London Time / 10:50 pm Paris Time.

First mention was with Clive on the News at Six at 18:20. He wrapped up the bulletin with some live shots from the scene at 18:30.

The news first appeared on the ticker at 18:32 and both World and NC have been in rolling mode ever since.

The cathedral's interior is definitely destroyed as far I can see. It look's absolutely horrific. 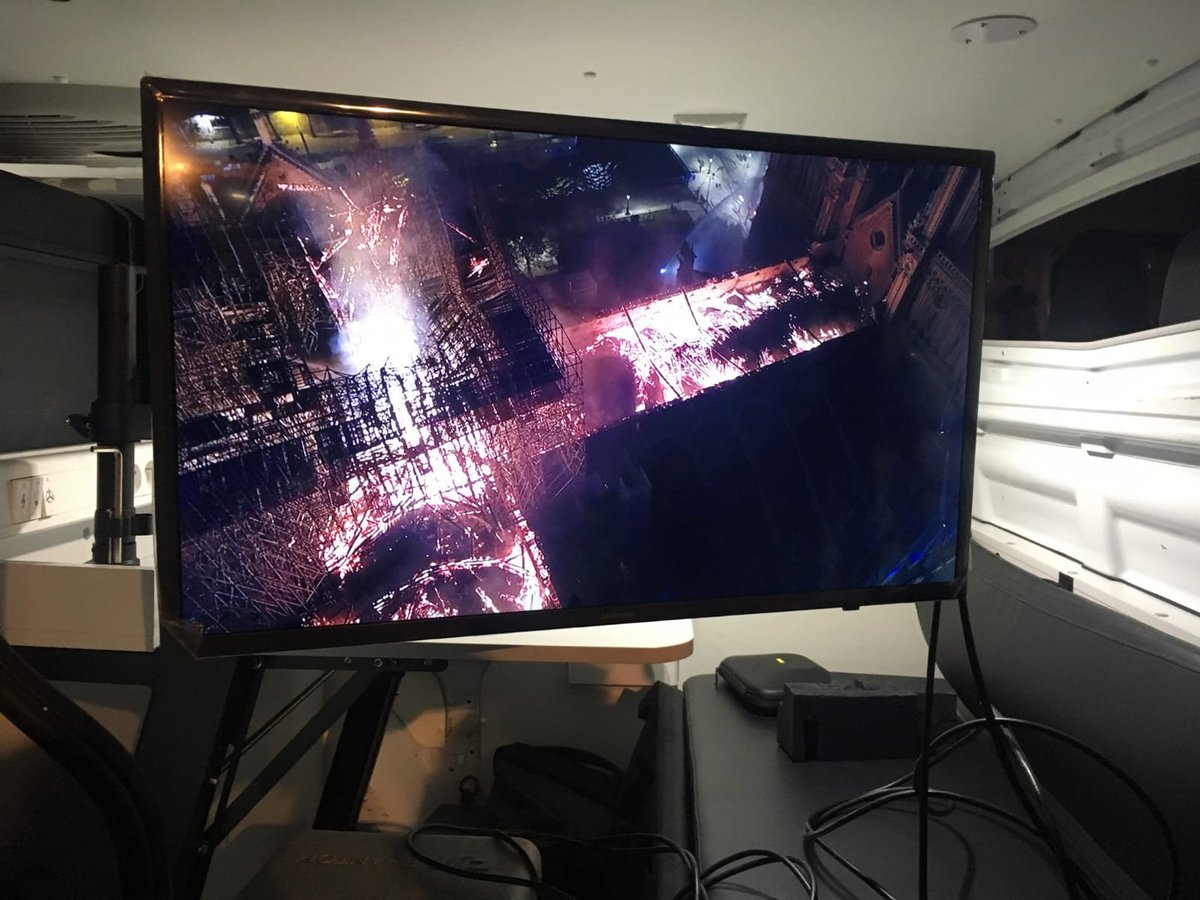 GE
thegeek Founding member 15 April 2019 10:00pm
That angle does make me wonder why we've not seen any live helicopter shots so far, or posts from Mouseboy telling us about the helicopters at the disposal of various US broadcasters.
AN
all new Phil 15 April 2019 10:00pm
Worzel posted:
Not starting conspiracies here but this doesn't look like an accident.

UPDATE: The structure of Notre-Dame has been saved from total destruction - French firefighting official https://t.co/KhNWorzLOi pic.twitter.com/DXlS7jB8Fl

I think that drone shot show the underlaying of the roof on fire. It looks too shallow to be the floor of cathedral burning
WO
Worzel 15 April 2019 10:03pm
Are World taking the Ten?
DA
DAS Founding member 15 April 2019 10:07pm
sigma421 posted:
Bail posted:
It's interesting seeing this feed: https://www.bbc.co.uk/news/av/world-europe-47941756/live-coverage-of-notre-dame-fire (brandless, but the same content as the News Channel)

Would be fascinating to know what's pumping that out. Info on the graphics is the same as on the NC but not in Breaking News mode.


Very intriguing indeed - just watched the top of hour at 22:00, the red BBC News logo in a box appeared on the end sting for Outside Source, then stayed on for the duration of the headline sequence of the Ten (though not on BBC One), then faded out on the opening shot of Sophie Raworth. Then the “web” BBC News bar at the bottom wiped in.
BF
BFGArmy 15 April 2019 10:09pm
TVF's favourite anchor Wolf Blitzer taking over proceedings over on CNN (being simulcast on CNNI). Cue melodrama galore and numerous 'everybody, stand by' remarks. A very shouty end to a report by Brian Todd to begin.
You can just imagine the TOTH being even more over-the-top than usual by Situation Room standards.
NE
Newsroom 15 April 2019 10:11pm
Worzel posted:
Are World taking the Ten?


Nope. World News America with Laura Trevelyan
DV
DVB Cornwall 15 April 2019 10:20pm
For the record. This is the final service of Vespers recorded live in the Cathedral this afternoon and just placed online

BK
bkman1990 15 April 2019 10:21pm
France 24 are reporting as Breaking News that the main structure of the Belfry will be saved from this horrific fire.