That shouldn't happen though, at least not regularly, as Scotland won't start till after the news simulcast has finished.


Something like PMQs will presumably end up on 4 channels, but Parliament's coverage is different to News' and BBC Two's... and they'll all naturally have different delays as they're produced seperately


No, this loop will continue until 7pm Sunday 24th Feb. This is the sustaining feed that will play between 12am and 12pm when channel is live with a few small variations. 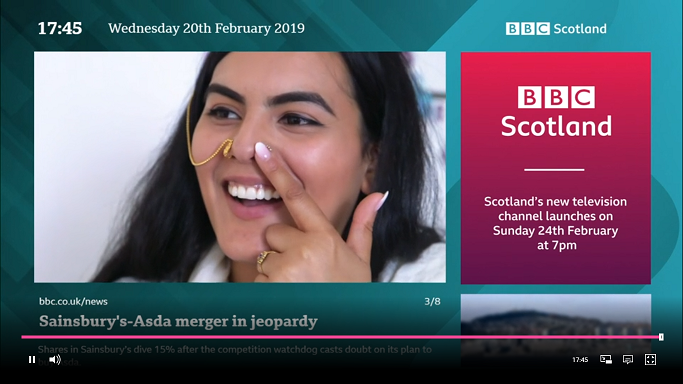 Already posted by Rofters on P34
Fan of the media industry, from the UK.
LH
lhx1985 Yorkshire Look North (Yorkshire) 20 February 2019 9:13pm
Does anybody know if they are using CasparCG for this sustaining feed?
I believe the BBC Alba off-air filler is.
:-(
A former member 20 February 2019 9:40pm
When will this feed turn up on the freeview?