This site closed in March 2021 and is now a read-only archive
Previous Next
SC
scottishtv Founding member 17 October 2018 8:28pm
Charlie Wells posted:
Similarly the 'TV' link has now been relegated to the more section, I'm guessing as it now redirects to part of the iPlayer site. 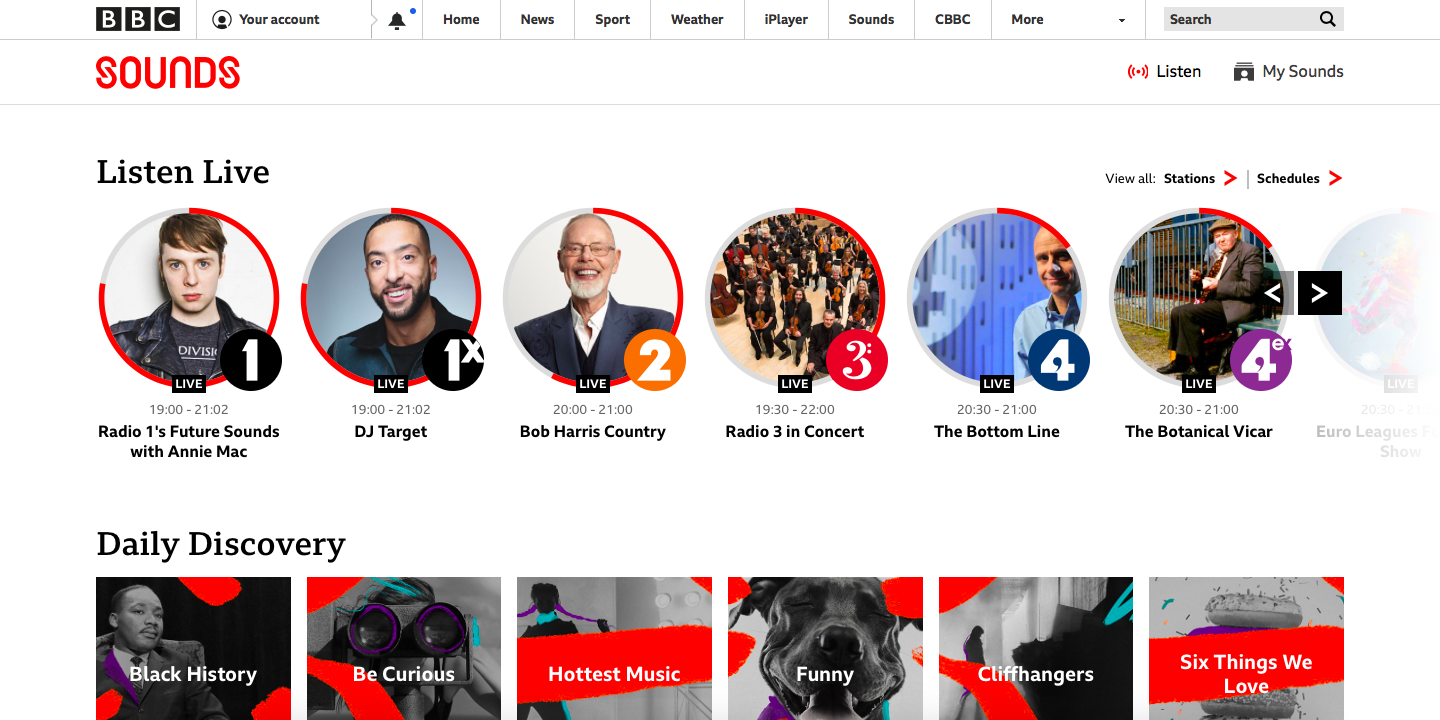 
On that note, I wonder if this “Sounds” business is why her show is now called “Radio 1’s future sounds” rather than just “Annie Mac”
JA
Jake 31 October 2018 12:21pm
I'm not usually one to moan about change, but this seems really underdeveloped at the moment. Just tried listening to Sounds of the 90s on the Sounds app, no tracklisting, no Chromecast support. I've no reason to stop using iPlayer Radio yet.

Edit: Found the tracklisting.
Last edited by Jake on 1 November 2018 10:11pm
MA
madmusician 31 October 2018 12:57pm
There is now a Tracklisting on the new Sounds player pages on the website (that has replaced the old iPlayer radio player) but it has nowhere near the functionality of the Tracklisting on the episode pages - you currently can't play back snippets of tracks on the new pages, nor add them to the My Tracks list (formerly known as BBC Playlister).

Yeah, it seemed to catch Shaun Keaveny by surprise just after the 7.30 news this morning.
Last edited by Jake on 1 November 2018 9:04pm
BR
Brekkie 1 November 2018 9:48pm
Can only see this ending with it being rebranded back to radio in the not too distant future.