Episodes are all 50 minutes this year (apart from the opener).

BR
Brekkie Wales Wales Today 5 September 2018 9:27pm
tightrope78 posted:
What time will it air though? Strictly can’t move from its time, and neither can Countryfile? They would be foolish to move these two from their slots.

Countryfile often gets bumped as early as 5.30pm - indeed I think they've squeezed in less high profile shows before Strictly before. They've options though and I think Strictly going an hour later is the best option. Remains to be seen what The X Factor do this year anyway - last year had full length Sunday shows clashing anyway, whilst there have been reports of returning to Saturdays only.
Stay Local. Stay Safe. Stay Alive.

:-(
A former member 13 September 2018 11:39pm
Yes, I wasn't happy but that was because it was not keeping the states que, I thought the changes was need to give it a kick up the backside.

I actually like both the past two xmas specials, but it seems a few are taking it to a whole new level. Does that mean there will now be ramping up hated while the series goes on?

TROGGLES London London 14 September 2018 10:38am
A serious amount of money and effort is being expended to make it work. I'm not sure there will be any middle ground on this, It will either come good or turn out to be a very big pilkoj supren

I actually like both the past two xmas specials, but it seems a few are taking it to a whole new level. Does that mean there will now be ramping up hated while the series goes on?


There's a whole load of people out there for whom their bigotry is now showing, and they can't stand the fact their little misogynistic fantasies about their favourite shows, Doctor Who included, are being dismantled by actual reality. They all use the same points that feminism and SJWs (Social Justice Warriors) are ruinning their favourite shows.

If you tell them that a man is deciding all this, Chris Chibnall, they just ignore that fact and complain that all this came in during Peter Capaldi's era, an era that was run by Steven Moffat, just like Matt Smith's era was, which they don't complain about.

These people have been living in a fantasy world, but not the Doctor Who universe, and now their little fantasy is crumbling around them, and they're crying like spoilt babies.

Personally I'm looking forward to seeing how the new series goes, and looking at Jodie Whittaker's performance as The Doctor, and seeing how Chris Chibnall makes the show better or worse, and as someone who was not a fan of Peter Capaldi's era, mainly because I never felt like he truly inhabited the character, and just tried too hard to be alien and it just came across as weird, not alien, I'm more intrigued about this new era of Doctor Who, than I have been since the initial return in 2005.
EL
elmarko STV Central Reporting Scotland 14 September 2018 11:09am
Top post.
JC
JCB 14 September 2018 12:42pm
That video is just embarrasing. *facepalm*

Whataday Founding member Wales Wales Today 14 September 2018 1:00pm
Excruciating.
:-(
A former member 14 September 2018 2:04pm
The first doc was a git.. Also it has been proven he tried to leave an injured pearson behide or kill off someone was ill?
LB
Luke B (previously Lukeyboy) Meridian (South East) South East Today 18 September 2018 9:34am
A new promo image. 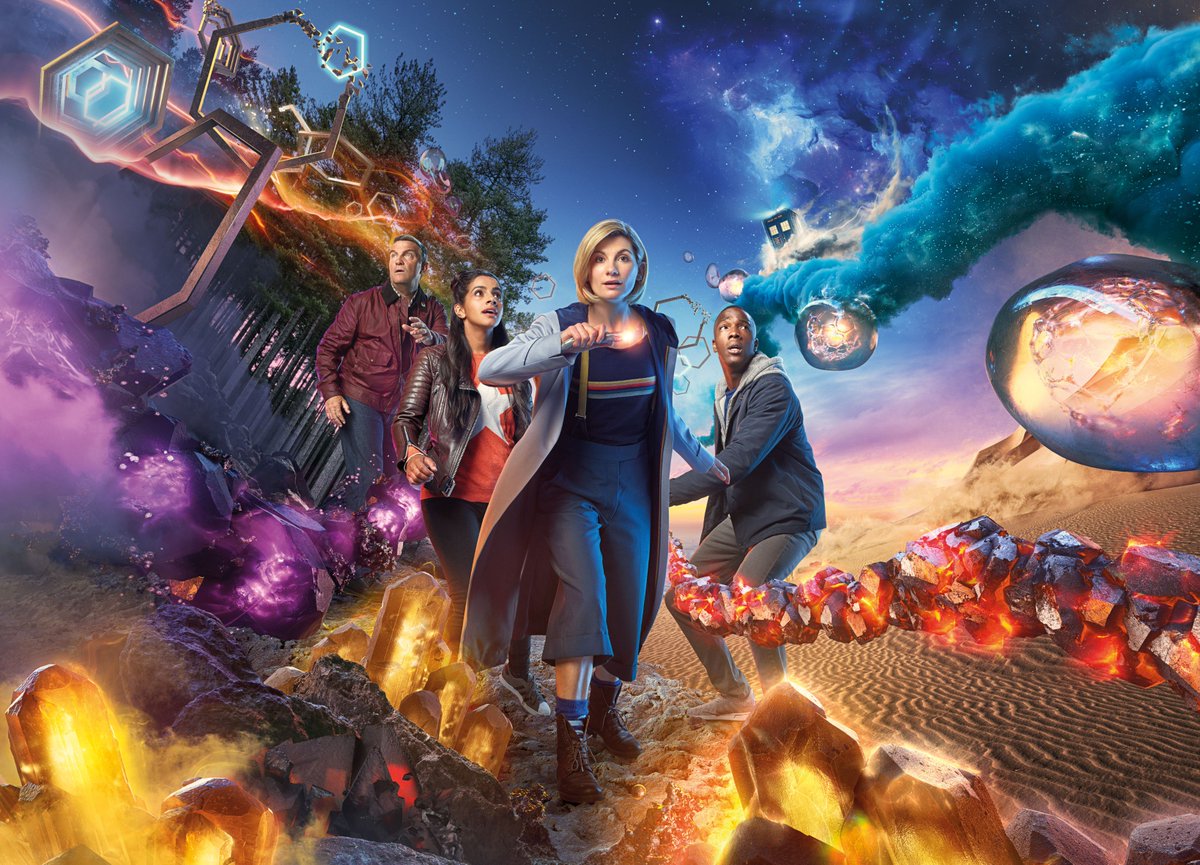 Love the detail in this stunning poster. Those amber “crystals” at the bottom seemingly resemble the tip of the sonic screwdriver.
LB
Luke B (previously Lukeyboy) Meridian (South East) South East Today 18 September 2018 10:10am
BroadcastWales posted:
Luke B posted:
A new promo image.

Love the detail in this stunning poster. Those amber “crystals” at the bottom seemingly resemble the tip of the sonic screwdriver.


I agree. I think some of the features in this poster are referencing to some of the settings in the series. The sandy desert and forest both remind me of locations they were using in filming.