In Northern Ireland, Scotland and Wales you at least have some degree of shared regional identity, accepting the fact parts of Wales don't like each other and the north of Scotland feels slightly alienated by the central belt. The establishment of national parliaments and assemblies points to the fact that something had to change in those territories.

In England, people in north London don't give a toss what happens in south London, and people in Manchester and Liverpool aren't huge fans of each other. And there may be City Hall in London and local councils elsewhere, but traditionally everything else has looked south.

I do believe local TV, and not just news, is hugely important. Or perhaps what I think is important is decentralisation. We can't just have a scenario in which all our broadcast media comes from London. If you live in London you have an entirely different perspective of the world to someone in Glasgow, Edinburgh, Leeds, Cardiff or Scarborough. And it means there's far less opportunity for someone from the rest of the country to make it big as well.

It's not a sexy area to get involved in, but if the BBC decided to go full pelt at it then it would be a huge case for its future going forward. I suspect, in terms of comments made about local radio recently, they're aware of that as well.
WH
Whataday Founding member 23 January 2018 10:36am
JAS84 posted:
another guest claiming that The Lost World by Arthur Conan Doyle was made into a movie in the 90s - that's actually Jurassic Park 2, which is based on a different book by Michael Crichton!

AK
Araminta Kane 23 January 2018 4:16pm
As I've said elsewhere, and earlier in this thread, I think attitudes to localism have in many ways reversed in the last half-century.

In other words, localism in places like Manchester & Liverpool has if anything strengthened, lost its old shame about what it was, but localism in the shires has greatly weakened. (The part of non-metropolitan southern England in which I personally live is atypical to the extent that it has more of an industrial heritage than is usual in such areas and, as a consequence, developed more of a Labour support base, but the rise of a cultural cringe that wasn't there when the shires were being pushed and promoted to an extent that was undoubtedly unfair to the true motor of Britain's strength at the time seems to be roughly equivalent both where I live and in the neighbouring areas which are more middle-class, more Remain-voting, and where the Lib Dems have been the Tories' main rivals.)

In an earlier post in this thread I spoke about the effects of this change, and this delineation, on BBC local radio going younger and whether it would work. In the past, the split certainly had an effect on TV; because the BBC of those times was very much part of the official culture which pushed the idea that rural England was "the true England" even if much less of the population had lived in it since well before broadcasting began, the BBC tended to have a higher share of the audience in the non-metropolitan southern English regions, and a lower share in regions like Granada & Yorkshire. Things have changed very much now, not least within the BBC, and a lot of the areas that used to be favoured beyond their number but have lost that disproportionate status have not had local TV anyway. It is instructive, though, that it hasn't done very much better even in areas where identities (and accents) *have* grown, *have* strengthened, *have* become much less ashamed of what and who they are. That might tell the ultimate story.
AK
Araminta Kane 23 January 2018 4:26pm
I might add that, at the time they created these stations, the government that put them in place used to talk very loudly and publicly about "localism", while at the same time supporting the very forces which erode such things and homogenise places and people. It was simply a nicer-sounding cover for the further dismantling of the welfare state, a euphemism almost like "states' rights" is in the US (though obviously not quite as bad in most cases), and like all such rhetoric from the Tories, aimed at reassuring those of their voters who don't like what the party actually does that in fact it is not doing those things, did nothing to work against the power of global media and technology and so was utterly futile.

Local TV was part of that. At best futile, at worst actively dangerous.
MA
Markymark 24 January 2018 8:48am
Araminta Kane posted:


Local TV was part of that. At best futile, at worst actively dangerous.


That's TV dangerous ? Blimey, If only !
AK
Araminta Kane 25 January 2018 3:04am
Ignoring the puerile drivel above, I'd say that a big part of the change is illustrated by the now-unthinkable roots of the BBC's two main current affairs public discussion programmes.

For about two decades, until the late 1960s, Any Questions? was broadcast nationally despite only ever coming from venues in the BBC's West Region (latterly the South & West Region after Southern Television existed - basically the Westward & HTV West areas plus much of the Southern area) and for much of the 1980s Question Time was broadcast nationally despite, with very few exceptions, only ever coming from London (indeed, it was only invented - like Friday Night, Saturday Morning and the Harty show from London when he did two shows a week, the other from Manchester - to fill a gap after they'd booked the Greenwood Theatre to do Parkinson five nights a week, only to find that the governors thought that was too American and stopped it; amazing how something so institutionalised now started virtually by accident).

These situations embody the bias that latterday management at the BBC inherited and have put a lot of effort into rectifying, towards both a mythos of "the unchanging countryside" and a particular idea of "London" which had much more to do with Westminster/Kensington/Chelsea and the outer suburbs than it had to do with Lambeth/Hackney/Tower Hamlets etc. - unsurprisingly, London and the non-metropolitan southern English regions tended to be where the BBC had its highest share of the pre-multichannel audience. It is instructive that both could just *happen*, both could simply be accepted by a lot of people, because both would (quite rightly) obviously be wholly unimaginable today.
MO
Mouseboy33 26 January 2018 11:53pm
The nonstop rolling coverage of the Paris Flooding coverage on BFM Paris is brilliant. Too bad the UK local channels never really amounted to much. Really highlights the need for such a channel in the major cities (London, Manchester, B'ham, Leeds, Newcastle, Glasgow, Edinburgh). A local channel can really get into the minutia of the city during a such a crisis. Updates from certain parts of the city and what the residents are doing and where they get for assistance Closures and shelters and things that would be irrelevant for a National audience. Missed opportunity IMO. Just sayin'

http://www.bfmtv.com/mediaplayer/live-bfm-paris/
Last edited by Mouseboy33 on 27 January 2018 12:30am - 2 times in total
:-(
A former member 27 January 2018 12:06am
ITV used to have lots of nice office dotted around many towns and city in days of old.
SP
Steve in Pudsey 27 January 2018 1:29am
The main point of those regional offices was an edit facility and/or feeding rushes down the line to the main base to be edited. Laptop editing and SNG/VSat vehicles have made them an expensive luxury these days.

The BBC have done the same thing, closing the district offices/"studios" that they used to have primarily for sending material back to the local radio base because an iPhone can do that and go live from anywhere, within reason.
LL
London Lite Founding member 27 January 2018 2:46am
Am I right in saying that the BBC maintain DTL at sites where they don't have a tv studio? Such as using the local radio station BBC Sussex in Brighton.
S7
sbahnhof 7 27 January 2018 5:00am
cityprod posted:
New Zealand, where local TV is given the support it needs to survive and thrive


Maybe choose another country - New Zealand's regional TV is in the same mire as Britain's. The channels come and go, the budgets and audiences are tiny, there's no cooperation with bigger channels, and the official site is only available on the Wayback Machine.

They do what they can, and their public funding is secure for the moment, but there's no strategy for how regional TV and national TV could work together. TVNZ was commercialized years ago, and doesn't have any regional structure.

New Zealand On Air ensures that some decent NZ-made programs are publicly funded, and broadcast on various national channels, but often in poor timeslots or without promotion. Te Māngai Pāho similarly provides much of the funding for Māori Television, which is a public-service broadcaster. 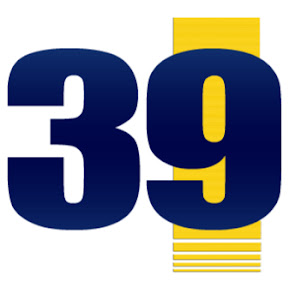 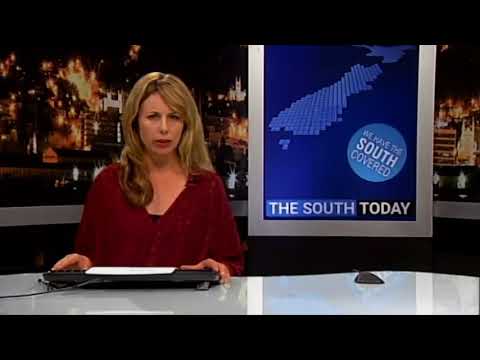