This site closed in March 2021 and is now a read-only archive
Previous Next
JU
Justin 29 November 2017 4:48am
DVB Cornwall posted:
Strong from Wolf Blitzer on CNN

Even the loudest critics can't silence the facts. https://t.co/GfUKFJK4ff 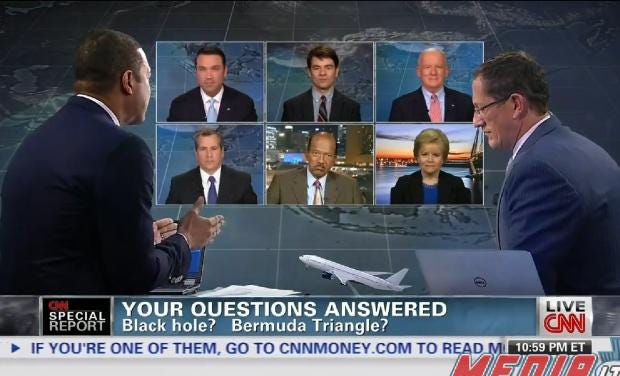 Matt Lauer has been terminated from NBC News. On Monday night, we received a detailed complaint from a colleague about inappropriate sexual behavior in the workplace by Matt Lauer. As a result, we’ve decided to terminate his employment. pic.twitter.com/1A3UAZpvPb

Tweets from those close to the source but were tweeted prior to the official announcement. Confirmed speculation probably the wrong phrase to use...

However apparent evidence that this was not an isolated incident...
BA
bilky asko 29 November 2017 12:55pm
all new Phil posted:
They’ve terminated his employment based on one allegation? Ridiculous.

One detailled allegation and suspicion of it not being an isolated incident.
MO
Mouseboy33 29 November 2017 12:55pm
It highly unlikely that he was fired over just speculation or allegations. Thats what they are telling the public. Im sure there is much more to the story and NBC wants to get rid before it mushrooms. They told him he was sacked before bed last night so something must have been brewing. And i doubt NBC would fire a top talent so quickly. But clearly there is more to the story and as far as we know he probably admitted. Lauers is paid tens of millions of dollars a year, he has highly paid agents and he and NBC have lawyers im sure that up all night trying to figure out the best way to handle this. Plus in the statement from NBC lack they dont think this is the only allegation. Remains to be seen what else comes out.

BRIAN STELTER on CNN is just reporting that Variety Magazine is reporting their are multiple women who have come forward for a article they are writing. Apparently NY Times was working one as well. Seems NBC was trying to get ahead of this mess. So there you go.

I feel bad for Savannah Guthrie and Hoda Kotb who were apparently told just before airtime. Horrifying.

This is the statement NBC News Chairman Andy Lack released this morning about the firing of longtime Today Show anchor Matt Lauer: https://t.co/VPZC5l0zZb

Alisyn Camerota: Will NBC firing Matt Lauer prevent reporting from other outlets on his alleged misconduct from being published?@brianstelter: "My sense is no. The stories will still be published, maybe a little sooner than they otherwise would have been." pic.twitter.com/5keuDfqtd7

RD
RDJ 29 November 2017 1:00pm
NBC would not have terminated his employment after 20 years on Today and longer with NBC if this was an isolated incident.

After the Brian Williams incident this could be another blow for NBC and especially for the Today programme which was only just recovering from the Ann Curry incident.
JK
JK08 29 November 2017 1:54pm
Not wanting to distract from another abhorrent abuse of power at yet another U.S. network, but bringing it back to TV, losing Matt at this time is surely a massive headache for NBC. It's taken them years to recover from the Ann Curry thing, and unlike CBS This Morning, Today seems to rely on the personality of it's anchors a lot more.

Surely the frontrunner is Willie Geist? He seems to have been groomed to take over from Matt for a few years at this point, hosting Sunday Today and contributing to MSNBC's Morning Joe. I can't think of anyone else (except Hoda Kotb but something makes me feel that's unlikely) to take over Matt's role.
FA
fanoftv 29 November 2017 5:13pm
Awful news to hear.

Going slightly off topic Matt & the today show hosts were due to host the live programme lighting the Rockefeller tree tonight on NBC.