Previous Next
RH
richard h 6 June 2017 6:06am
First off let me praise Sky News coverage over the weekend. I watched many hours of it.

Has anyone noticed that the TOTH has been broken for the last couple of days? its still saying LIVE: PM says attack 'potential act of terrorism'
Last edited by richard h on 6 June 2017 6:31am
JC
JonathanC (previously JonathanEx) Look North (E.Yorks & Lincs) 6 June 2017 8:37am
Whitnall posted:
Sorry if it's already been discussed, but is there a reason Sky are not showing the opinion polls as they did last time in 2015?


Here's an article where the mayor broadcasters were all asked about using polling this year and why they're choosing not to obsess over them in the same way: http://nordic.businessinsider.com/bbc-itv-channel-4-channel-5-and-sky-news-shun-election-polls-2017-6
:-(
A former member 6 June 2017 9:35am
Stv has done a poll but that's partly because the Scottish polls were more on the money. But again if tact voting comes into play snp could lose 10, and you mystic meg that. The South West polls from2015 were also correct in stating lib dem losses.

Steve in Pudsey Yorkshire Look North (Yorkshire) 6 June 2017 1:49pm
The big issue with the polls is predicting how many young people turn out. Some polls are assuming that despite stating that they will, many young voters won't actually bother to vote.

That is the main reason for the discrepancy between they polls and being such an unknown quantity is probably a big factor in why broadcasters aren't interested in polls this time.
Write that down in your copybook now.

bilky asko Tyne Tees Look North (North East) 6 June 2017 2:04pm
They're also not dropping polls that are out of line with the rest, and not herding towards a false consensus.

Lots of black and white as far as I can see around the big screen, seems to be some light blue as well but not easy to see. 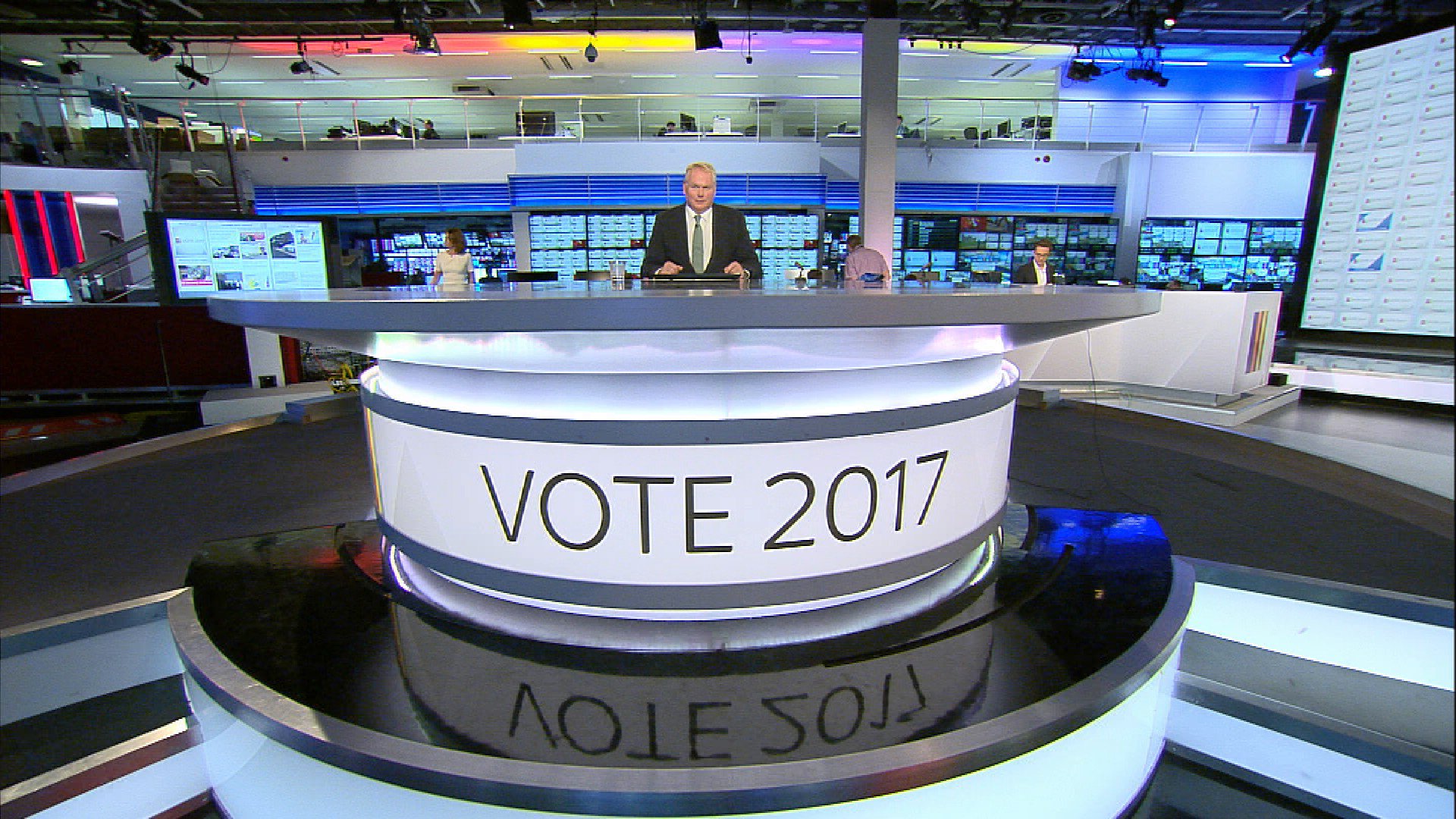 I was waiting to see something like this... I have picturea but the lighting isn't like it will be on election night. This is what it will look like
EE
EastEngland 7 June 2017 6:37pm
I see what they are doing with the different colour lighting, but surprised they went with a different order than from the Vote 2019 straps, I'd have thought they'd have gone with the same?

Vote 2019?
Last edited by BBI45 on 7 June 2017 7:41pm - 2 times in total
First person to post in 2021!
MA
mark Founding member Granada North West Today 7 June 2017 8:30pm
The election set is a pleasant surprise. They haven't done anything on that scale in a very long time, and I wasn't expecting much this year, with so little time to prepare.
SK
Skygeek 7 June 2017 8:42pm
Yes, the desk on the right of that photo will be home to Lewis Goodall (context specialist) and Ed Conway (numbers specialist), giving Ed the ability to jump up when necessary and hop over to the big screen.

The touchscreen to the left of the desk will relay social media updates, fronted by Jayne Secker, and the rows of desks behind Adam will be home to our psephologist, Prof Michael Thrasher, and the results team (including me).

We hope the simple but visually-compelling set-up will rival and excel all the VR whizz-bangery and Jeremy Vine-ness on other channels.
Last edited by Skygeek on 7 June 2017 8:48pm