Refund credits or charity donations being offered to customers 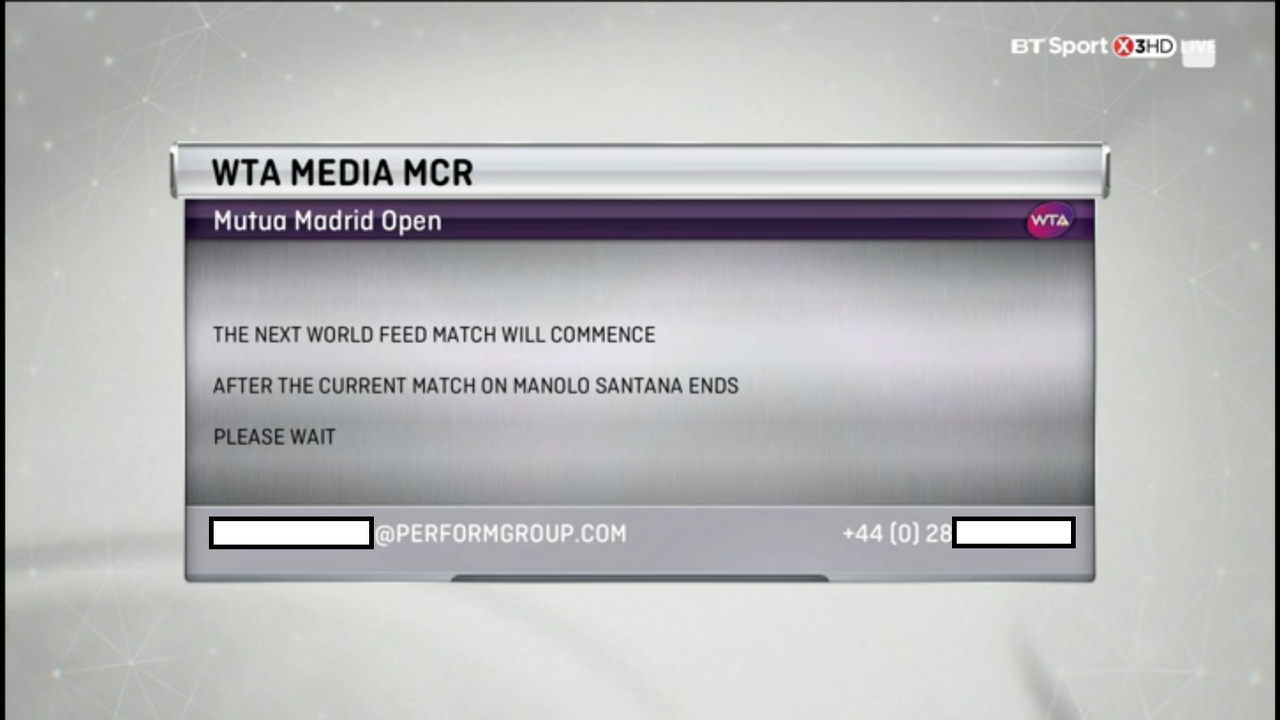 thegeek Founding member London London 6 May 2017 6:12pm
BT Sport will be looking for a new commentator for their Scottish coverage:

After much deliberation, I have decided that this will be my final season based in the U.K. with BT Sport. 1/13

Thanks for being with us this season... https://t.co/myLfbFulBq

dvboy Central (West) Midlands Today 6 May 2017 9:30pm
I can see BT Sport upsetting a few baseball fans this evening with their decision to put the WTA Madrid on BT Sport ESPN at 19:45, in anticipation of showing Konta v Siegemund which is yet to even start.
Hello, good evening, and remain indoors.

thegeek Founding member London London 7 May 2017 5:44am
thegeek posted:
Fight Night Live at 2am will be the same fight that's on BoxNation, but with a studio wrap.

Apparently there was a change of plan:

We know the two finalists, now we just need to get the Champions League trophy to Cardiff…🏆

There’s only one team for it! pic.twitter.com/yiiCJ9ixPU

Also: UEL and UCL finals will be available in 360° VR on BT Sport's YouTube channel.

BC
Blake Connolly Founding member London London 17 May 2017 11:05am
Also, the YouTube stream for the UCL final will be in UHD from the BT Sport 4K channel (without the Dolby Atmos used on the broadcast version though because YouTube can't take that at the moment).

nwtv2003 Granada North West Today 19 May 2017 10:02pm
According to Twitter, the European Football Show that goes out on a Sunday night won't be returning next season.
steve
steviegTVreturns

thegeek Founding member London London 19 May 2017 10:20pm
nwtv2003 posted:
According to Twitter, the European Football Show that goes out on a Sunday night won't be returning next season.

As confirmed by one of the pundits:

@TomMcN @acjimbo @honigstein @LaurensJulien it is unfortunately. We’ve 3 shows left though until the end of the season & had a great run

At its peak, EFS was a 12-hour beast, starting sometimes before noon with a couple of games presented by Lyndsey Hipgrave, followed by James Richardson taking over for the hour's review and the match of the night - whereas this season it's been rare to have a studio wraparound on any European match. I believe there is one this Sunday evening though.

Can I use this as an excuse to post this?

As noted above this season they seemed to change the format so that it was only a pre-game show at Sunday teatime instead of actually covering the game of the night.