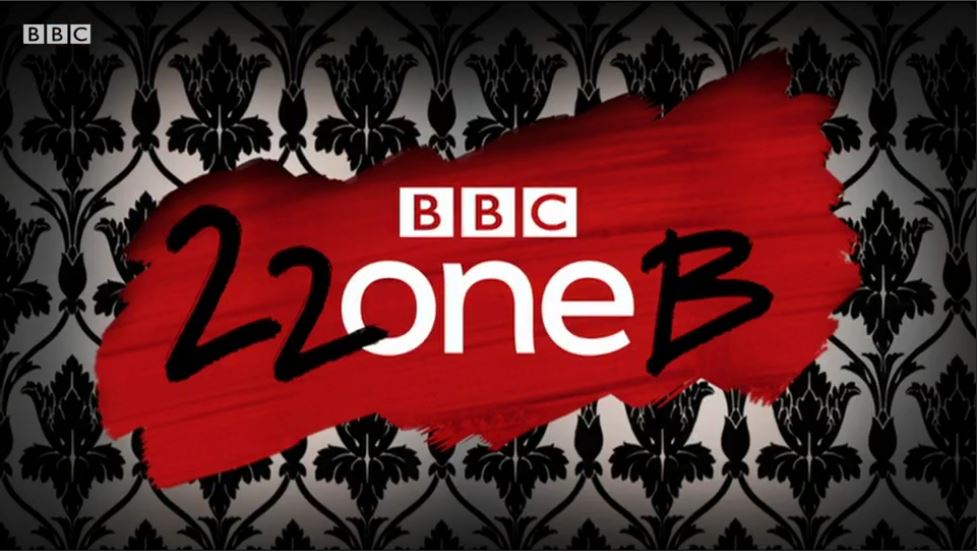 Only when you take a step back, do you see the full picture.


Sting with accompanying ident explaining all...

Charlie Gough Wales Wales Today 15 January 2017 11:11pm
BBC One should just have used the Sherlock sting as the ident before the episode, much like they do with 'Let it Shine'.
MR
mr_vivian UTV Newsline 15 January 2017 11:25pm
You just couldn't write this stuff. The BBC obviously don't like what they are using.

It's a failed experiment.

Only when you take a step back, do you see the full picture.


Sting with accompanying ident explaining all...

Rex (previously MetalGearRex) London London 16 January 2017 12:06am
Juicy Joe posted:
23 pages since I last looked in here. Saw the Forrest ident after Sherlock into the news tonight. You can't really call that an ident though - motionless, bland, lifeless and visually uninteresting - sums up BBC1 at the moment.

It's essentially film with a logo slapped on - it manages to be far more lifeless than any of the other four idents aired. No post-production techniques, no creativity of the sort and it definitely does not represent BBC ONE as a whole.

Compare it to the last three pres packages (the Balloon, Rhythm and Movement and the Circles), and you can see a huge difference. Rhythm and Movement, featured red as its colour motif - and had a decent to middling soundtrack for the most part. The circles were a nod to the globe whilst instantly carving itself as a recognisable symbol. And who could forget about the legendary globe - wrapped up in a hot air balloon, traveling all over the UK's landscapes, showing the beauty of the country with a sublime soundtrack?
REEEEEEEEE

JAS84 Yorkshire Look North (E.Yorks & Lincs) 16 January 2017 12:11am
Wicko posted:
Yes, it does seem as if a sudden change of heart has occurred at the BBC. It was simply unsustainable for Sea Swimmers and Exercise class to be used for 31 days non-stop. It also clearly demonstrates just how an authoritive ident the singular spinning globe was. That could be used for every junction bar none because it represented quality and authority. I think if the BBC had a bold and instantly recognisable symbol, they could easily get away with just one or two variations. I wonder if they will now rush out more idents in order to enhance the new set more quickly?

I think the crux of the matter is that whoever launched the new look with just two idents was clearly making a major misjudgement. I doubt that we'll ever see a rebrand like that again!
Yeah, if they're only going to have one or two versions, it needs to be a CG one, not live action. They could've just evolved the circle theme. They could have different circular objects, including the traditional globe as the news/obit ident. The January 2015 package had the right idea, they should've made more than just two full idents and used them for longer, those certainly didn't attract endless complaints, unlike Oneness.

Charlie Gough Wales Wales Today 16 January 2017 12:33am
Rolling out new idents earlier than planned could also mean the BBC are trying to end the whole 'oneness' campaign earlier than planned, so they can either revert back to the 'circles' in a few months, or launch a fresh new look, that is hopefully more tasteful.

I could just be having another 'wishful thinking' moment though.

Wicko Meridian (South) South Today 16 January 2017 12:37am
Charlie Gough posted:
Rolling out new idents earlier than planned could also mean the BBC are trying to end the whole 'oneness' campaign earlier than planned, so they can either revert back to the 'circles' in a few months, or launch a fresh new look, that's hopefully more tasteful.

I could just be having another 'wishful thinking' moment though.


Making such a big thing about "The Circles have been replaced after ten years" or "Goodbye to BBC1's Hippos" in the press would suggest that it is unlikely they will revert back to the circles. I reckon we could be in for a fresh new look in the Autumn though. But, again, this is just me getting my hopes up.

If you zoom in enough, you can just about see this:

james-2001 Central (East) East Midlands Today 16 January 2017 7:48am
So basically this ident set is so much of a mess they've had to pull out the obituary ident for regular use into news and serious programming after less than 2 weeks?