Channel 4 (Pylons) - 2005
[image]
The Channel 4 logo is formed from elements of an inner city block of flats.

I've been busy over the last few weeks, with some minor less visible changes such improving the way images are handled and improving the site speed. A new server is coming online in the next few weeks to help further with this too. More visibly, I've also been continuing to rewrite a lot of the textual descriptions and content as I've been going along both based off feedback here and a lot from my own eye. The programming and feature sections are the main ones I have left to address now.

There have also been a few new functions added on the site. Firstly, on the player page for every clip there's now an ability to mark this as 'more like this'. The only purpose this serves is statistical for highlighting the sorts of things people would like to see more of on the website, as it means I can focus more resources there where possible. The Latest Updates page also now has an RSS feed (https://www.tvwhirl.co.uk/site/latest-updates/rss), which I'm sure someone must find useful for something, and inkeeping with the retro features the guestbook has also been fixed up - apparently the bots hadn't been able to find it all these years until the relaunch.

New clip wise, I spotted the other day that the ITV National Weather page that used to be on the site got 'lost' at some point. No idea when it disappeared, but I've put the page back together, replaced all the clips on this page that were already there, as well as added some newer ones from the mid to late 2000s that have been gathering dust on the computer. From the well produced Powergen Weathergens to cringing at Sheilas' Wheels!


Upload it to the mock section, that the best your going to get,
TE
tesandco Founding member 20 June 2016 7:20am
Yeah I'm afraid I'm not looking to change the site design in the short term, which is why I just gave it a small 'refresh' and left it at that. At the moment I'm focussing on getting the site functionality, features and content all sorted first.

Why dispense with a classic? It's the perfect combination of 70s TV, a 70s disco, and a 70s laundrette.


I really wish I had a testimonials section on the site at this point!

I've not posted any updates in the thread for a while, but there has still been quite a bit going on the site - more so than TV Forum's 'last updated' thing on the right hand side would have you believe (one of these days I'll find out what that actually monitors). Firstly, I finally completed going through all the text descriptions on the site updating them to correct mistakes, typos and add in extra detail. It'll hopefully all read a lot better now than it did before. I imagine there'll still be some mistakes here and there of course, but I am now working on a better system for suggesting improvements or changes next. As well as adding in more indepth detail around everything.

In keeping with the adding a bit more depth to things, I've finally relented and started adding a feature that at least 1 peoples have been clamouring for since forever. There are now series of larger images available on the site for various clips, rather than just the single thumbnail that's been there forever. At the moment this is present on most of the newer content, so things added to the site most recently like the ITV Weather Update and the E4 page (yes, E4 finally has a load of stuff from 2009-2016 rather than just one random set of Christmas bumpers!) all have it. Larger images should be present on nearly all new content going forward, and I'll add it to as much of the existing and archive content as possible over time - though that is largely dependent upon me having access to it on a reasonable quality format. There's probably not going to be huge value in upscaling lots of Long Play VHS screengrabs for example.

(Oh, and as a complete throwaway remark, RBS testing is planned soon on TV Whirl, so those people in Scotland may experience some disruption!)
RO
rob Founding member 12 August 2016 1:36pm
tesandco posted:
I've not posted any updates in the thread for a while, but there has still been quite a bit going on the site - more so than TV Forum's 'last updated' thing on the right hand side would have you believe (one of these days I'll find out what that actually monitors). )

TE
tesandco Founding member 10 October 2016 9:21am
For those who don't watch the Twitter (@testvwhirl) or RSS feeds and only rely on here to tell you when it's been updated, the past week has been a busy one for updates with over 120 clips updated on the website from across the whole of the 90s. All new videos have had the resolution and bitrate increased as well as higher resolution images added... for all it's admittedly a bit of a moot point with VHS sourced material.

In addition to satiate those who like the extra bits of detail on these things, all the new stuff also comes with an accurate date of the original transmission .

Content wise, it's a bit of a spread across the site and a mix of mostly new content with some recaptures of some very old and low quality stuff on the site.

Just a few of the main highlights:-
* Adverts - 76 new or updated clips mostly from the 90s, from Bradford & Bingley (remember them?) through to Woolworths (er... also remember them?)
* HTV - The first new region to be added to the site since 2002/2003 amazingly.
* BBC Weather - stuff from ITV has been there for a while, but the start of some from the BBC too.
* Granada Night Time - a good bunch of extra material found from rescouring some of the tapes, as well as the opening to that late night 'cult' classic The Hitman and Her 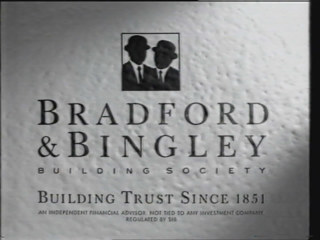 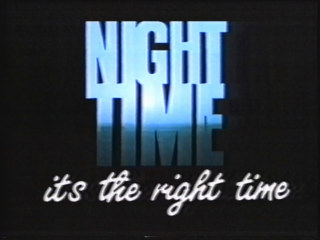 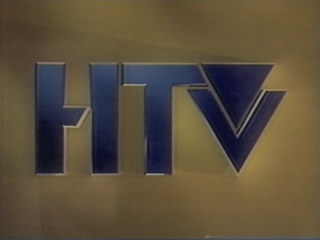 
I haven't got anything waiting in the queue at the moment, however I still have loads of ITV tapes to go through so there's a good chance I'll run into something.