"1996 British World Cup Winner" - should be 1966 England World Cup Winner
"1997 Footballer of the Year" - should be 1966-67 Footballer of the Year
"Went on to manage other football teams" - isn't wrong, but perhaps would've been better to note his management of the Irish national team since that is the most notable
HE
headliner101 West Country (West) Points West 12 July 2020 12:40pm

thegeek posted:
DigitalSpy's long-running commentary threads appear to have recently spawned a website to track this sort of thing. The ICDb shows that Alan Parry has indeed been back on Sky since the restart:
https://icdb.tv/stats/188/Alan-Parry


Apparently a few years ago Parry was thinking of retiring, but Sky wanted to keep him, so they compromised and he's now seemingly like John Motson in his last few years on the Beeb - low-profile matches, and not every week.
JW
JamesWorldNews STV Central World News 12 July 2020 12:32pm

Rolling News posted:
JamesWorldNews posted:
Don’t worry. There’s still more than enough presenters in the presenters pool to ensure BBC News and BBC World News stays on-air this summer. Just as there has been for the last many years.

A few names will come back from radio for a few weeks as well, bolstering the numbers. Especially on World, where 4 radio mainstays will take-up their dual roles again and ensure Mathew and Co can have a break.

Plus, Rolling News and I are also available should the need arise. I haven’t done it for a few years though.

I'll do the One when McCoy's on holiday. Don't fancy doing the late 😉

japitts posted:
rdd posted:
At the moment what is being run isn’t really Super Rugby as we know it. While it’s being branded (effectively for sponsorship reasons) as if it were, what we really have is two separate tournaments in NZ and Australia, with derbies only and a team in each country on a bye each week. So there are only four games a week instead of the seven there would normally be, so a lot more time. NZ is playing a game on Sunday, so you have one game on a Friday (in Aus), two on a Saturday and one on a Sunday.

So yeah, much longer time slots. What is happening as well, at least with the NZ coverage, is that Sky (UK/Irl) are relaying the entire Sky NZ coverage including pre game, half time and post game (albeit the latter may be truncated if there’s an Australian game after) whereas traditionally coverage was little more than “whistle to whistle”.


All good points, but my observation is why Sky UK are now giving the Kiwi games quite generous schedule slots, but still squeezing the Wallabies into tight 1hr 45mins (or so) slots. The games get shown in their entirety which is the main thing, but they're dropping (most of) the pre & post-match stuff for the Aussies. But not the Kiwis.

I also believe that ITV would ditch PSB requirements if possible. They could then rid themselves of any semblance of regionality. They could save money on transmission costs on DSat by reducing to just macro regions for advertising purposes the same as C4 & C5.

Their EPG position wouldn't suffer that much, as they'd just move it to the ITV2 slot and shuffle everything else down.
BA
Barney99 12 July 2020 11:44am

Aaron_2015 posted:
Universal_r posted:
Does anyone think ITV would ever put gmb on 7 days a week?


It’s always seemed fairly unlikely because of the extra costs involved, and the number of viewers around on weekend mornings is very low (sometimes around 100k).

However, GMB has been getting some genuinely strong numbers recently - 968k the Wednesday just gone, which is probably one of their highest ever averages on a day without a big news event. A lot of the talk around GMB’s ratings are hugely spun by Morgan, and should be taken with a huge pinch of salt, but the show has been performing well recently (Breakfast is still far ahead on 1.5m before the usual suspect gets themselves carried away).

This improvement might potentially make a weekend GMB more viable, but can the show hold on to its strong ratings over the summer, and is the recent boost solely down to coronavirus?

GMB would certainly strengthen their weekend mornings though, added with the likes of James Martins’ cooking show and This Morning on Sunday, ITV could have a solid schedule for Saturday and Sunday mornings, if it was commercially viable of course.


Wasn't Wednesday just gone the Kate Garraway interview? I'd say there was a lot of interest in that, so not really surprised there was a large audience.

The BBC Sport app has a crowd-less Test Match special. You could live pause the telly to get it in sync.
Write that down in your copybook now.
CM
cmthwtv West Country (East) Points West 12 July 2020 11:41am

BBC Parliament one looks great. Much better than what is there currently.
NL
Ne1L C Yorkshire Look North (Yorkshire) 12 July 2020 11:24am

Applemask stated in one of his videos that "ITV" doesn't mean anything anymore. Its simply a peg on which to hang programmes on. But because its such a well know peg whoever had it will inevitably have a big grip on the UK market.

This next part is purely subjective and has probably been mentioned many times before but I believe that ITV would drop PBS commitments in a flash if they could and have 6-10PM as pure primetime.

Happy Sunday, peeps! I've spent the past few days perfecting my "boxless" BBC News graphics concept, particuarly with the shadow effect so it stands out. To me, this is the peak of my news design abilities. So without further ado, here are the remaining BBC News channel graphics! 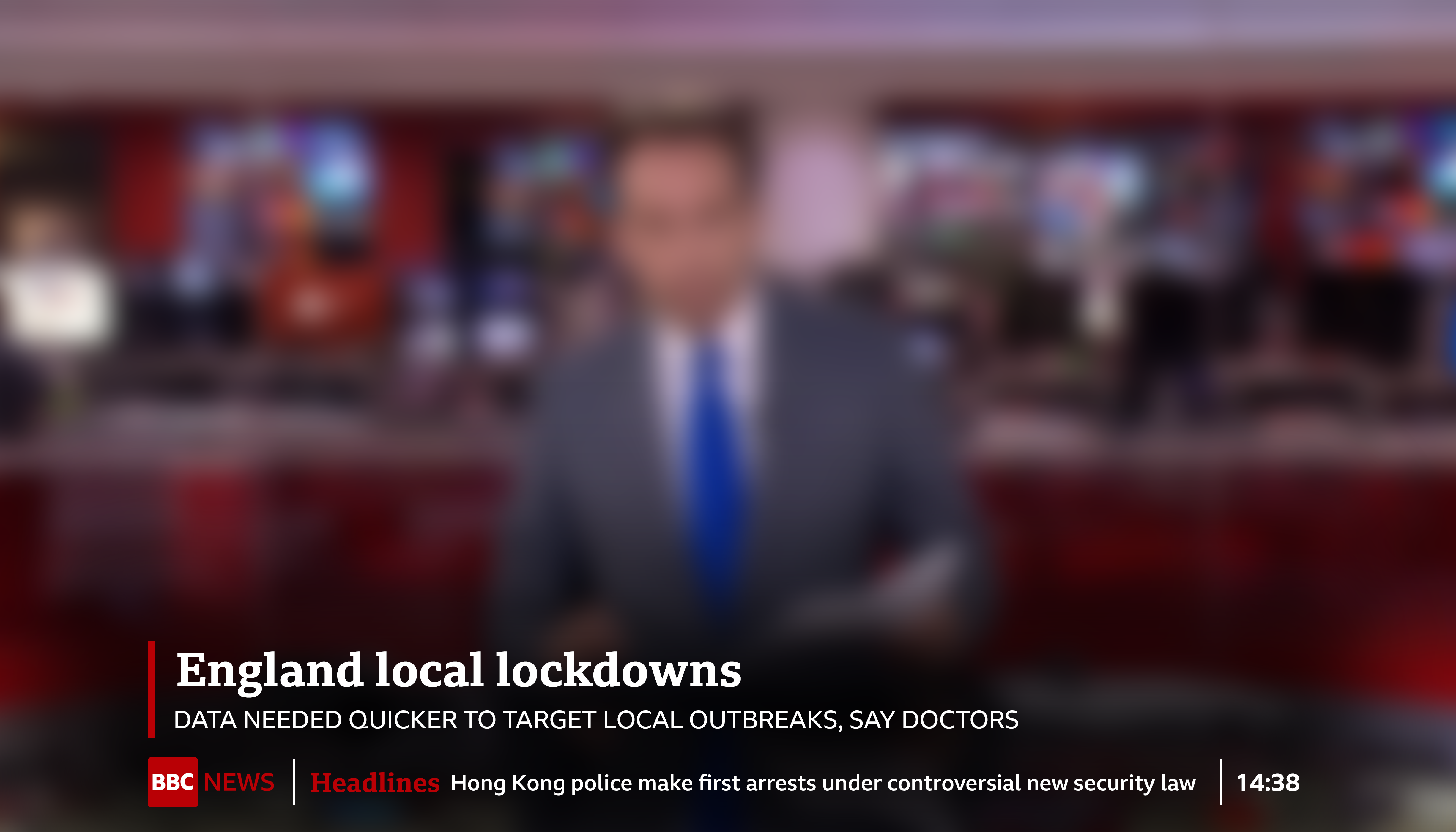 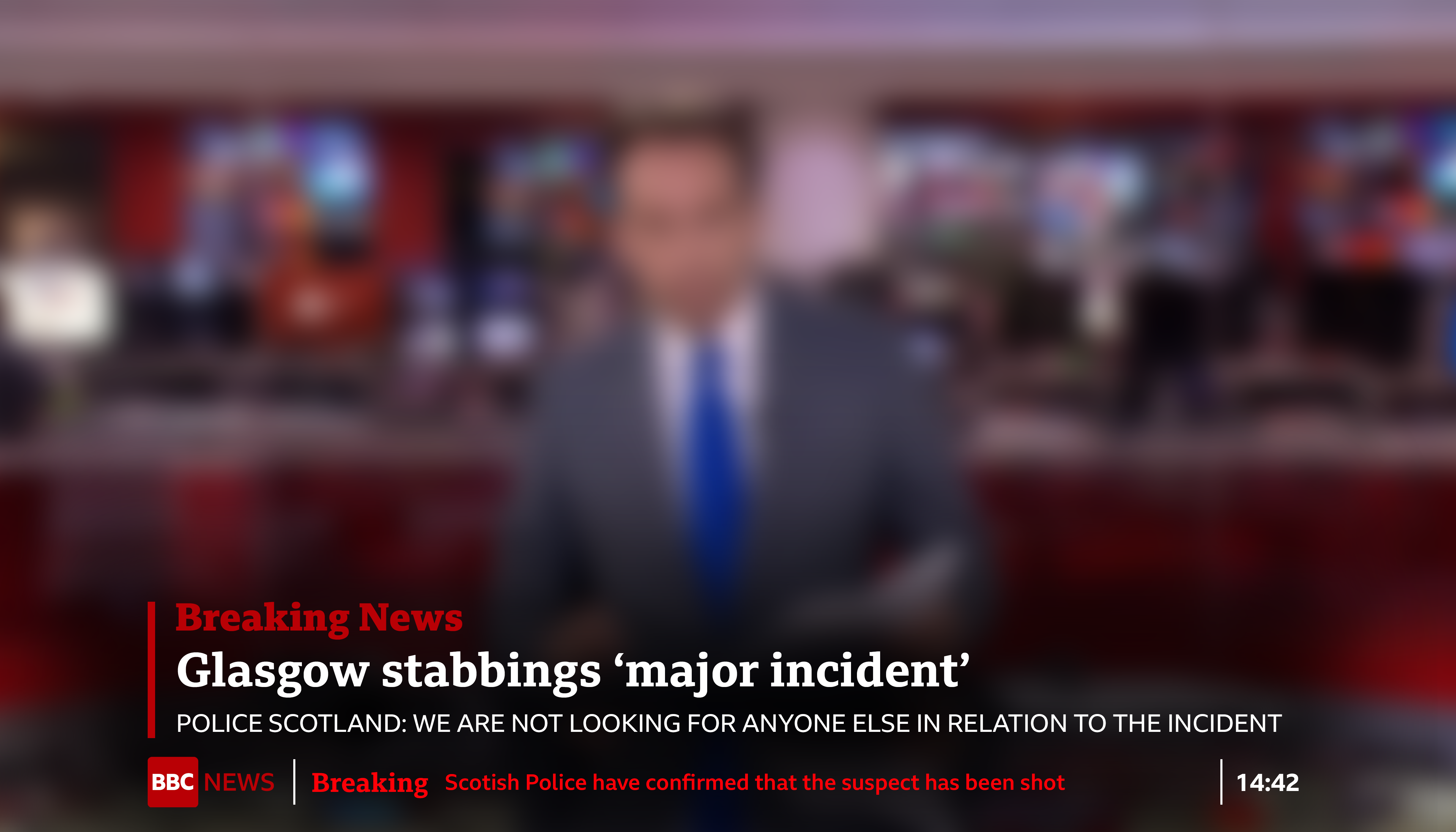 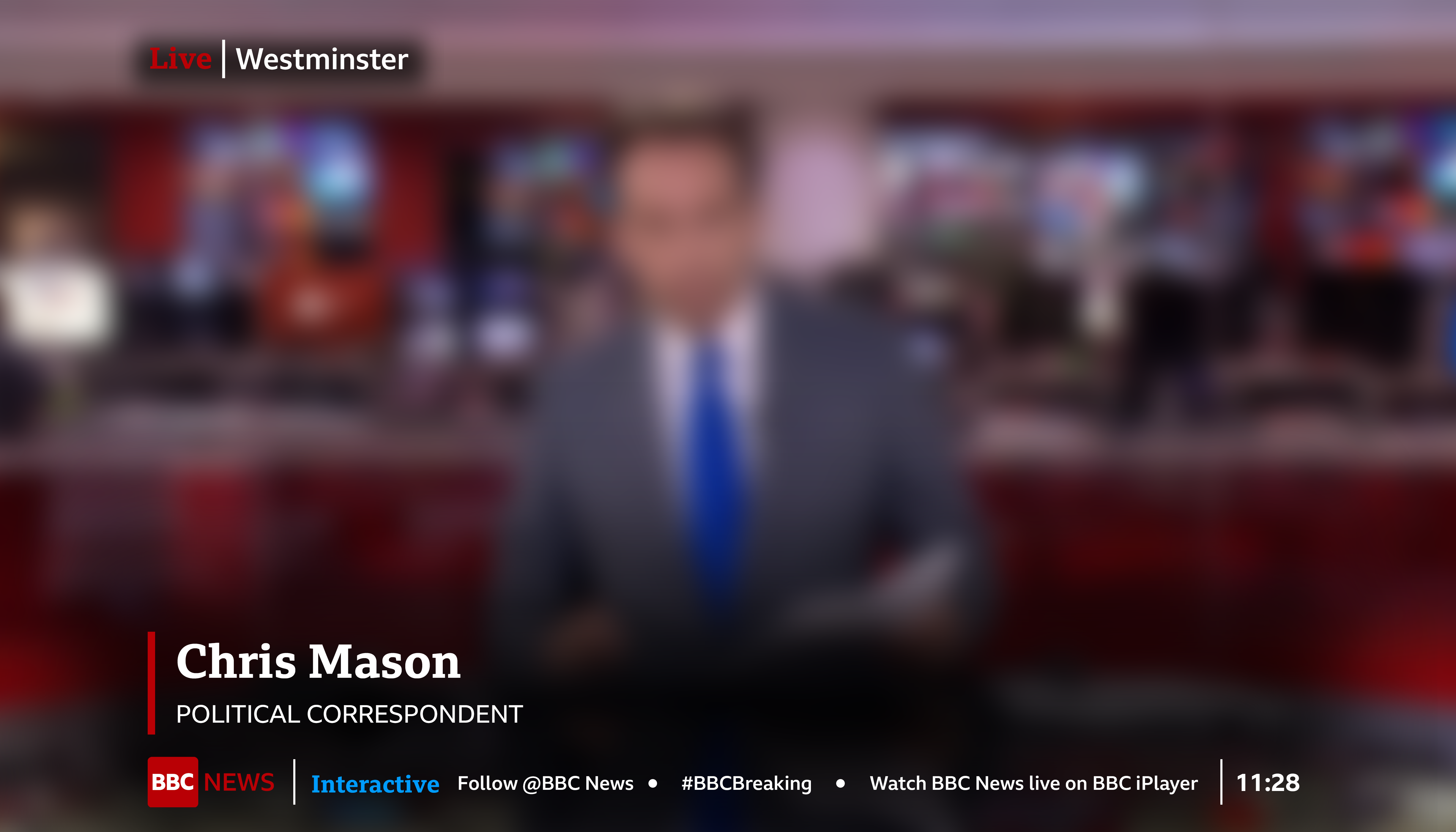 As a bonus this time around, just in case there's special branding on bulletins (example: Newsroom Live from 11am-1pm). 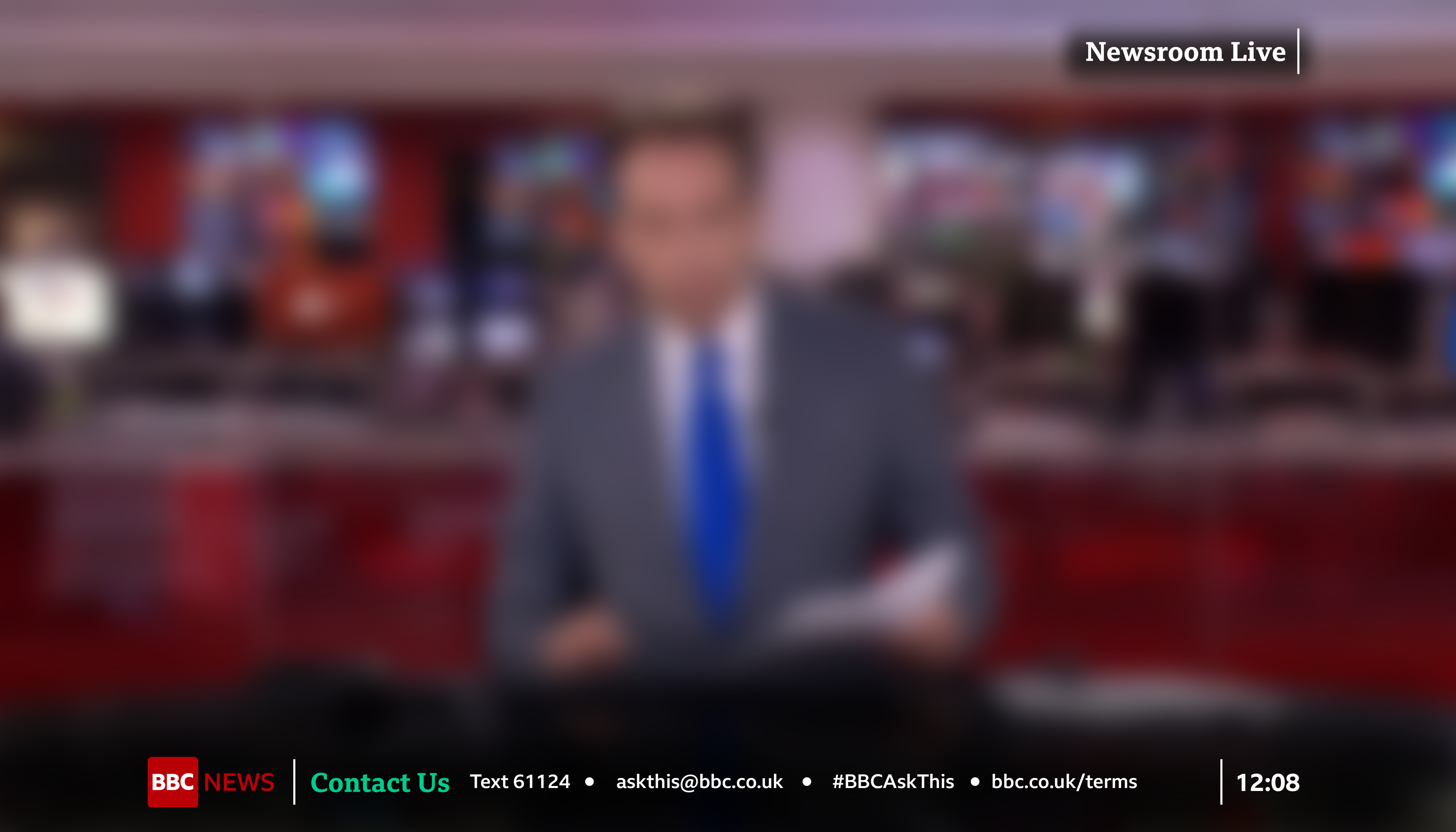 And here's what a slightly revamped countdown could look like. Let me just point out that I envision the music here to be more dramatic than its predecessors - a slight combo of the 2010 and 2013 countdown themes, with a decreased presence of electronic sounds (excluding the iconic beeps). 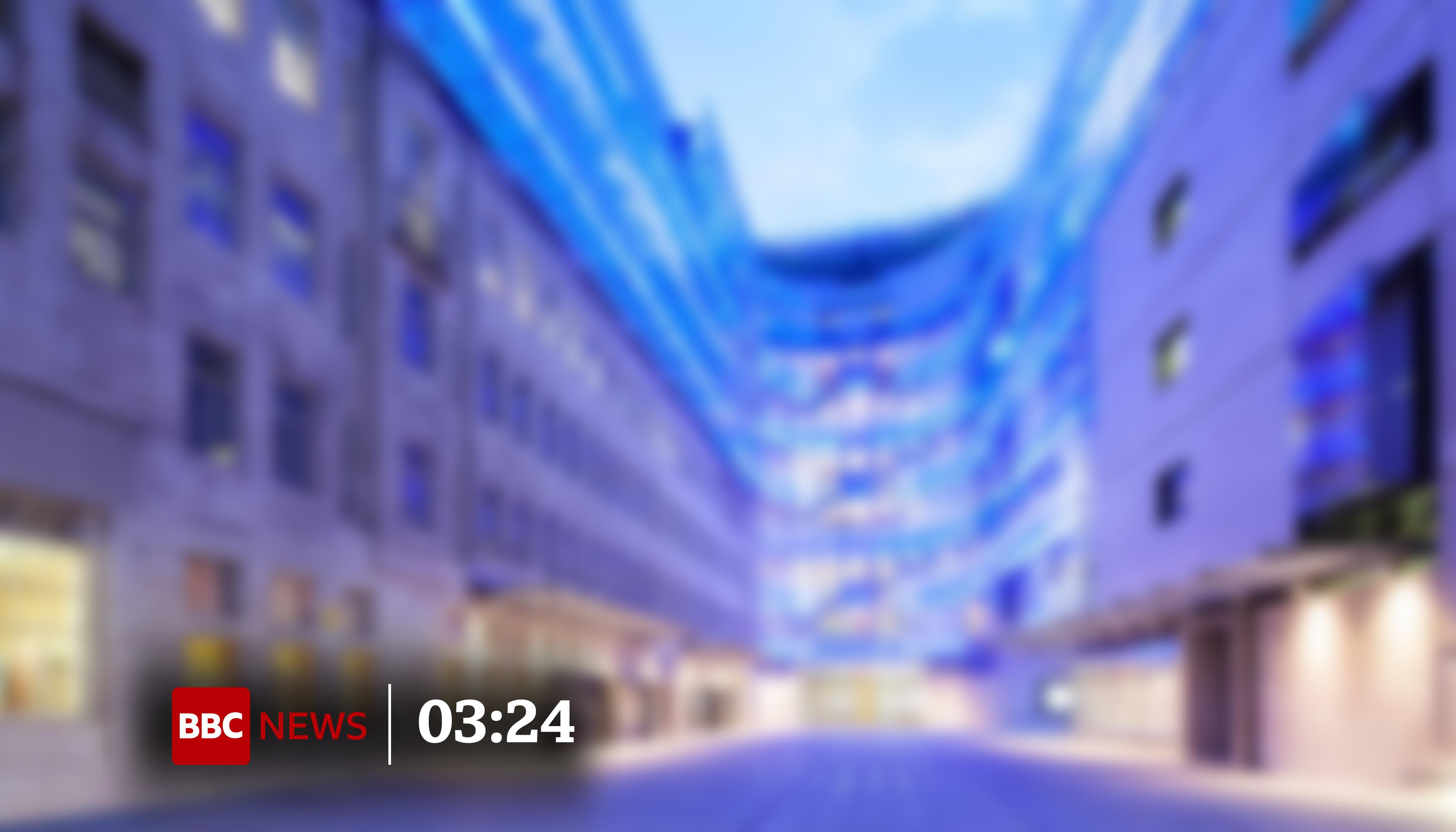 And, we can't forget about that TOTH thingy, can't we? 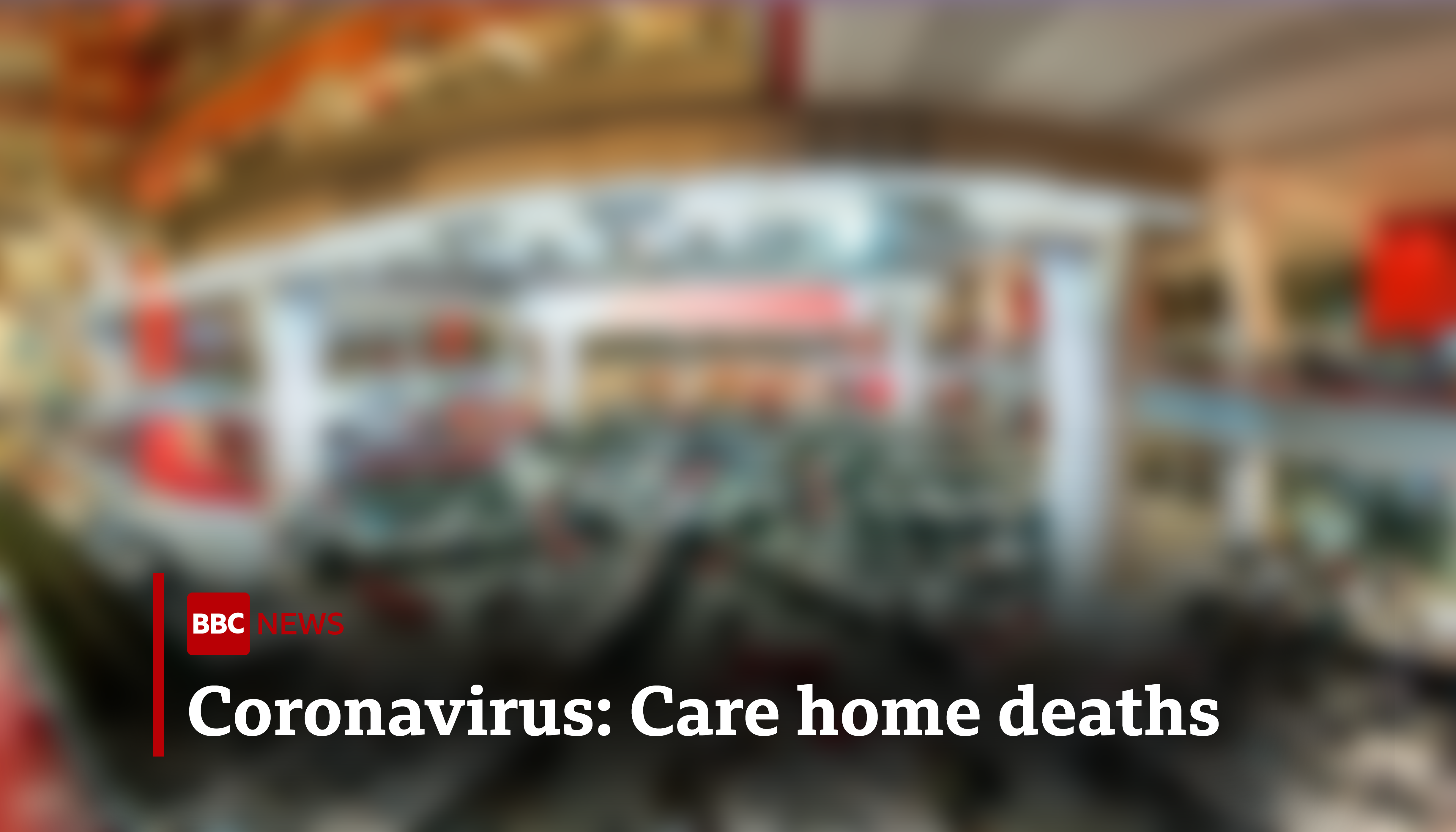 Sticking to news, This affects Breakfast as well. 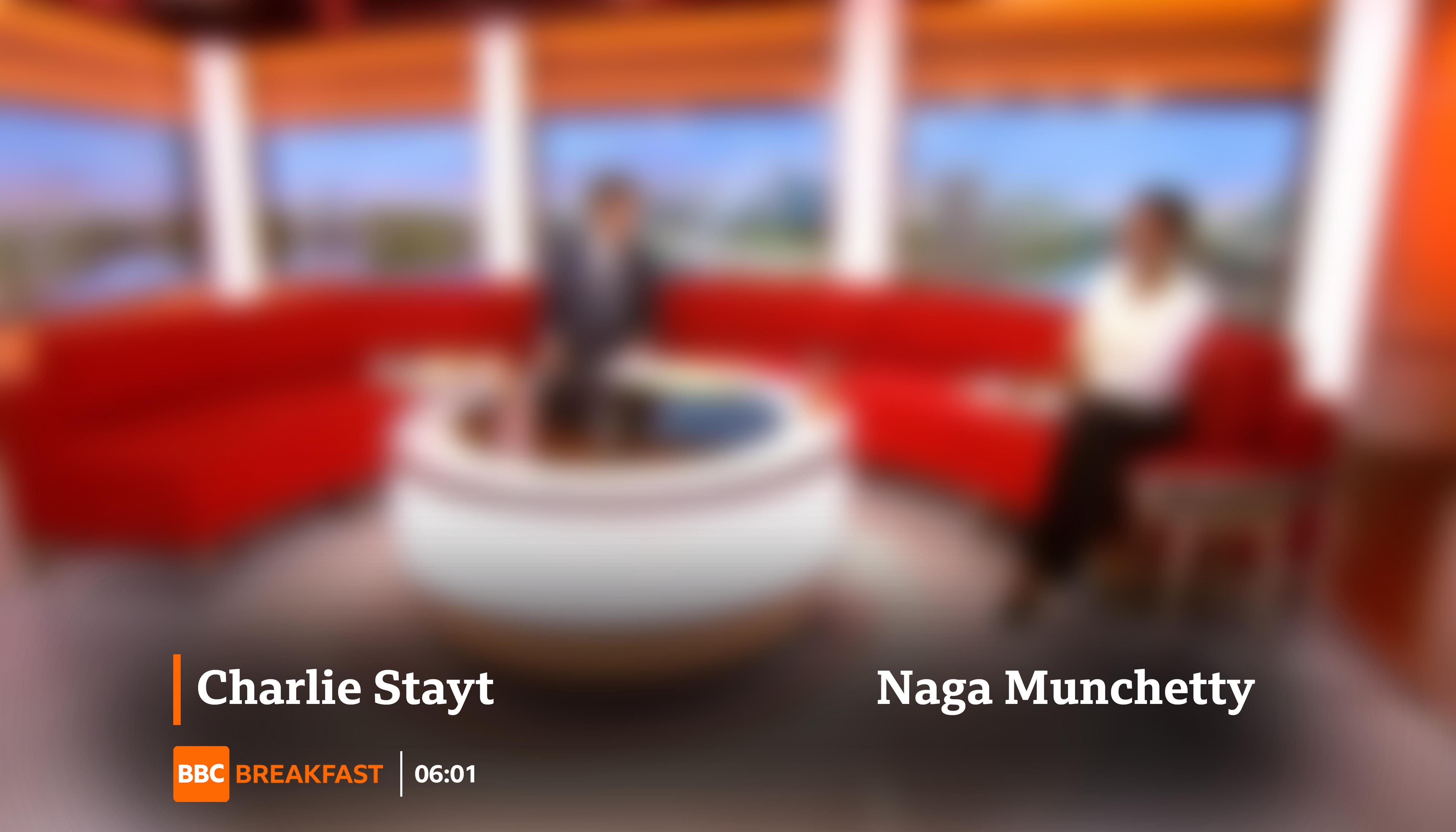 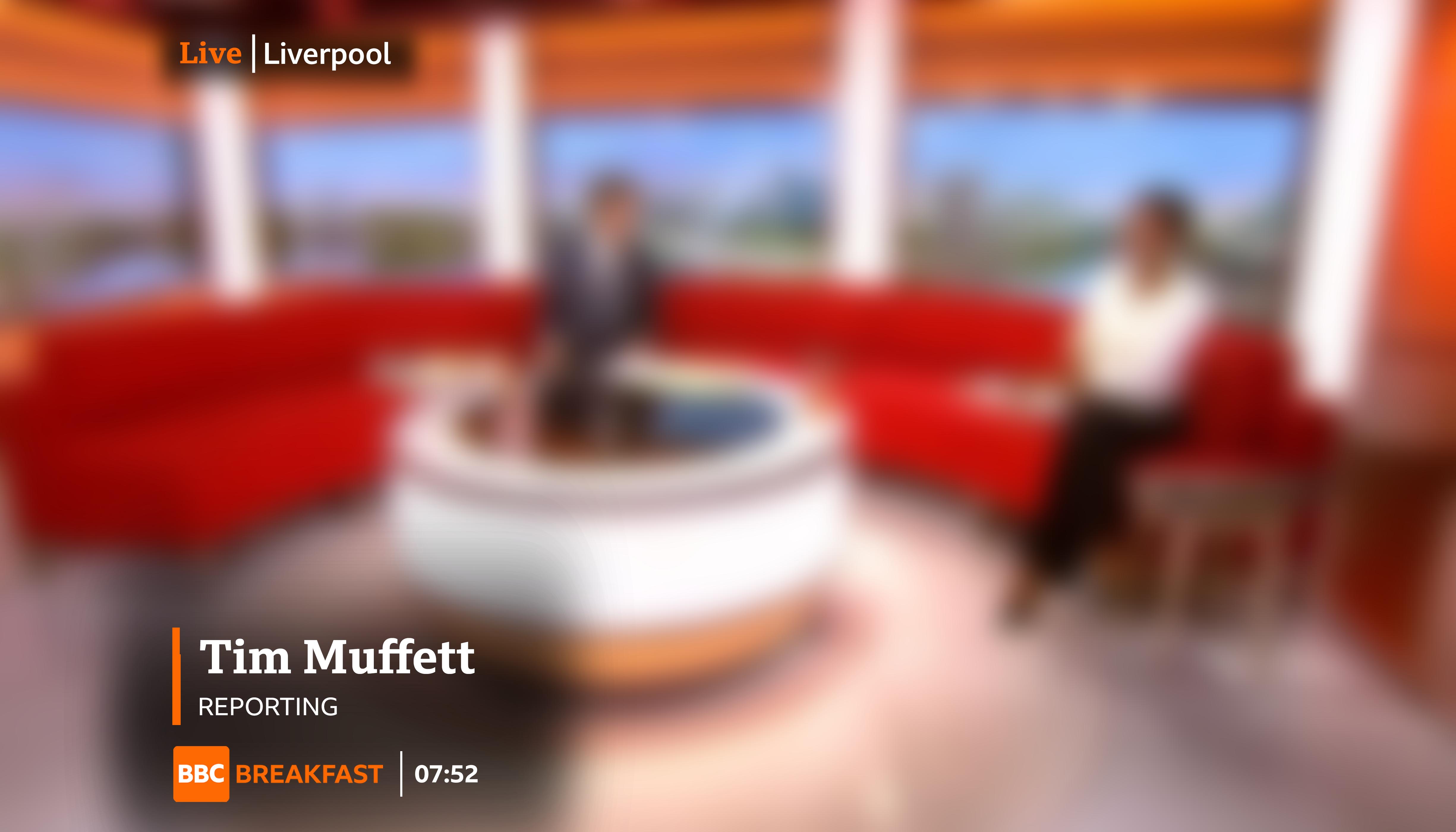 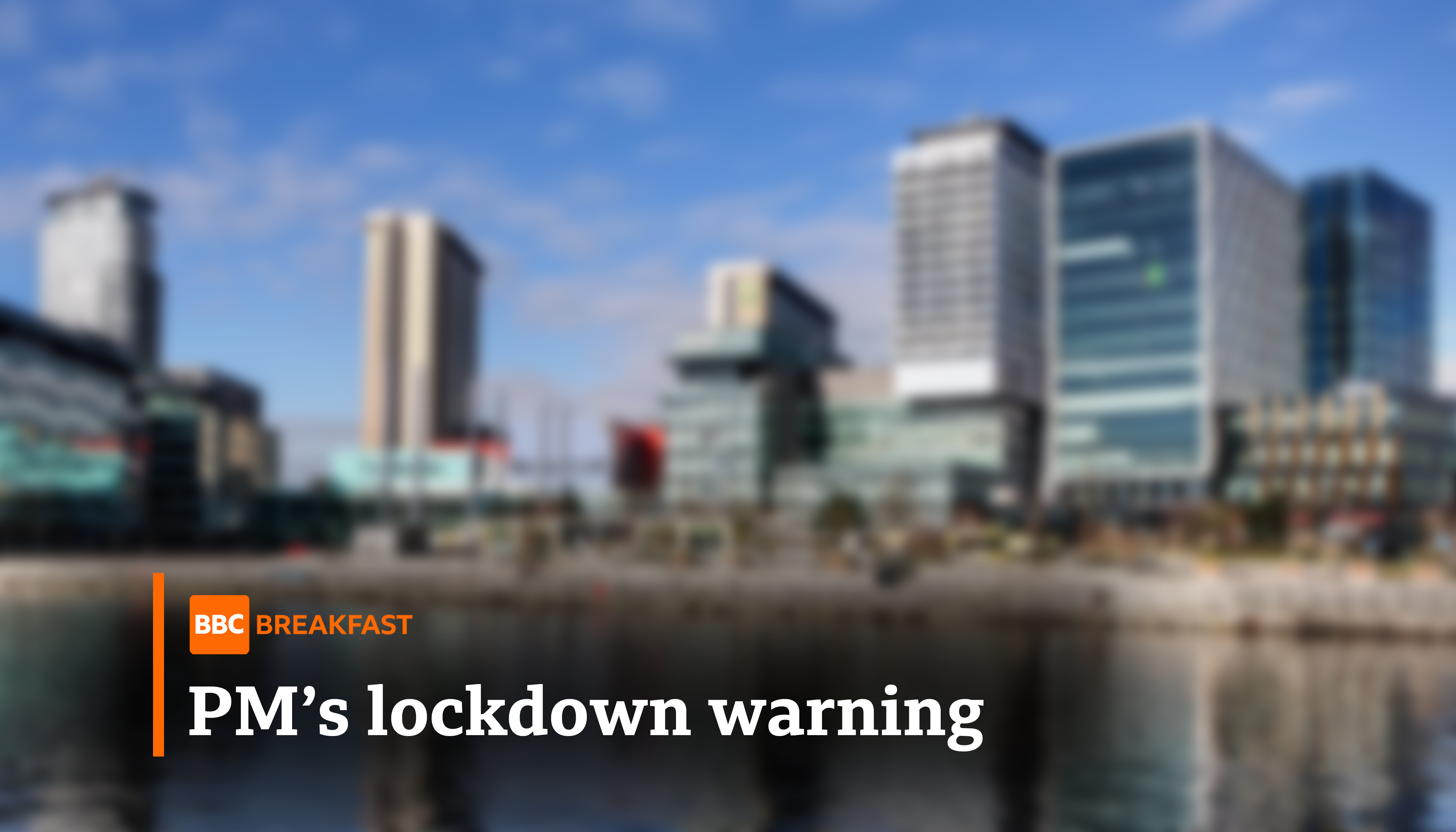 As does World News. Now, I've had a think about clocks. Seeing as this is the international counterpart of the BBC News channel, I thought about putting in rotating time zones for any city, but I decided not to. I might do it in the future, though. 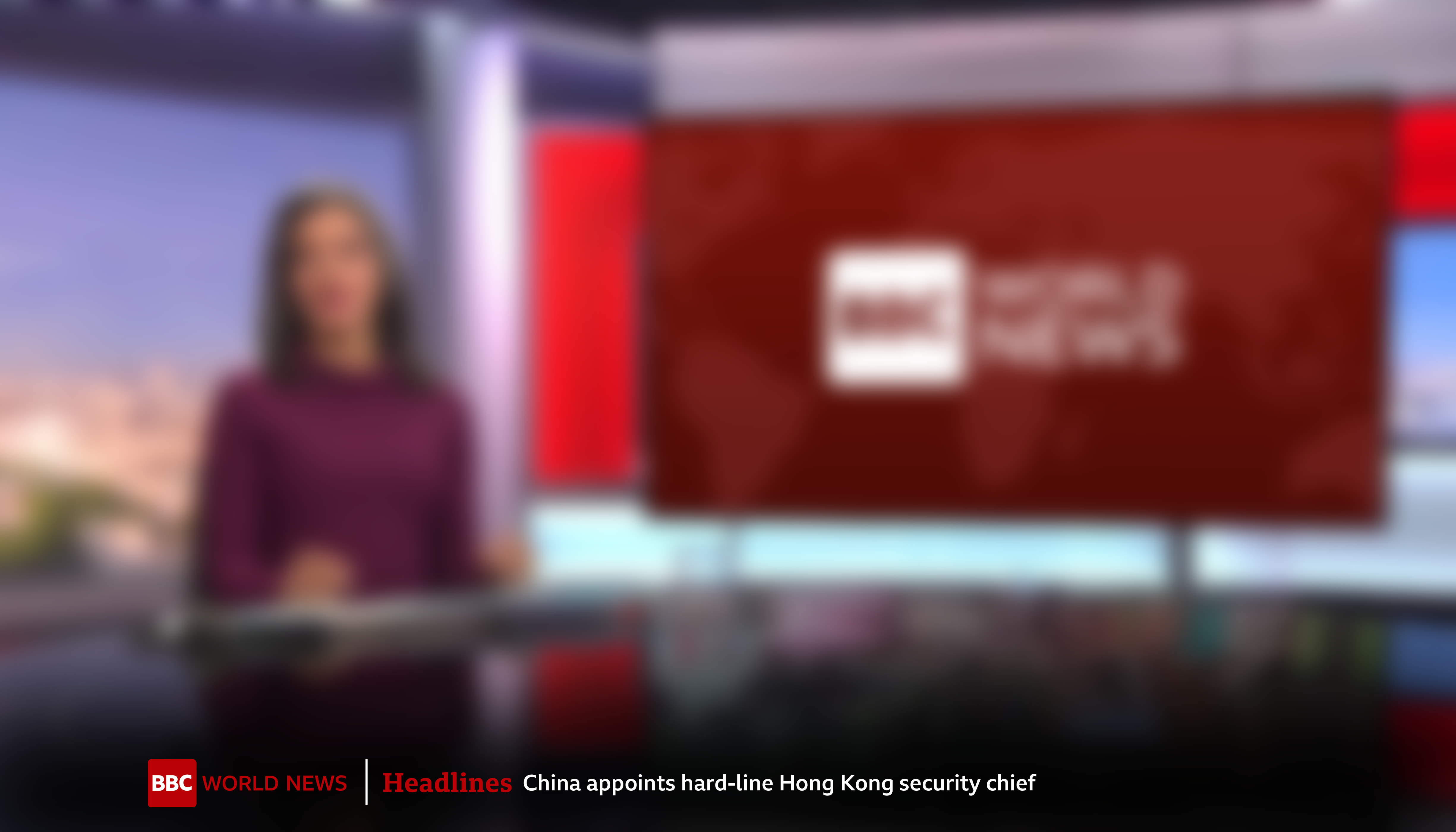 Even BBC Parliament gets the boxless treatment. This one features a sneak-peek of what the "subtitles" tag on idents could look like. 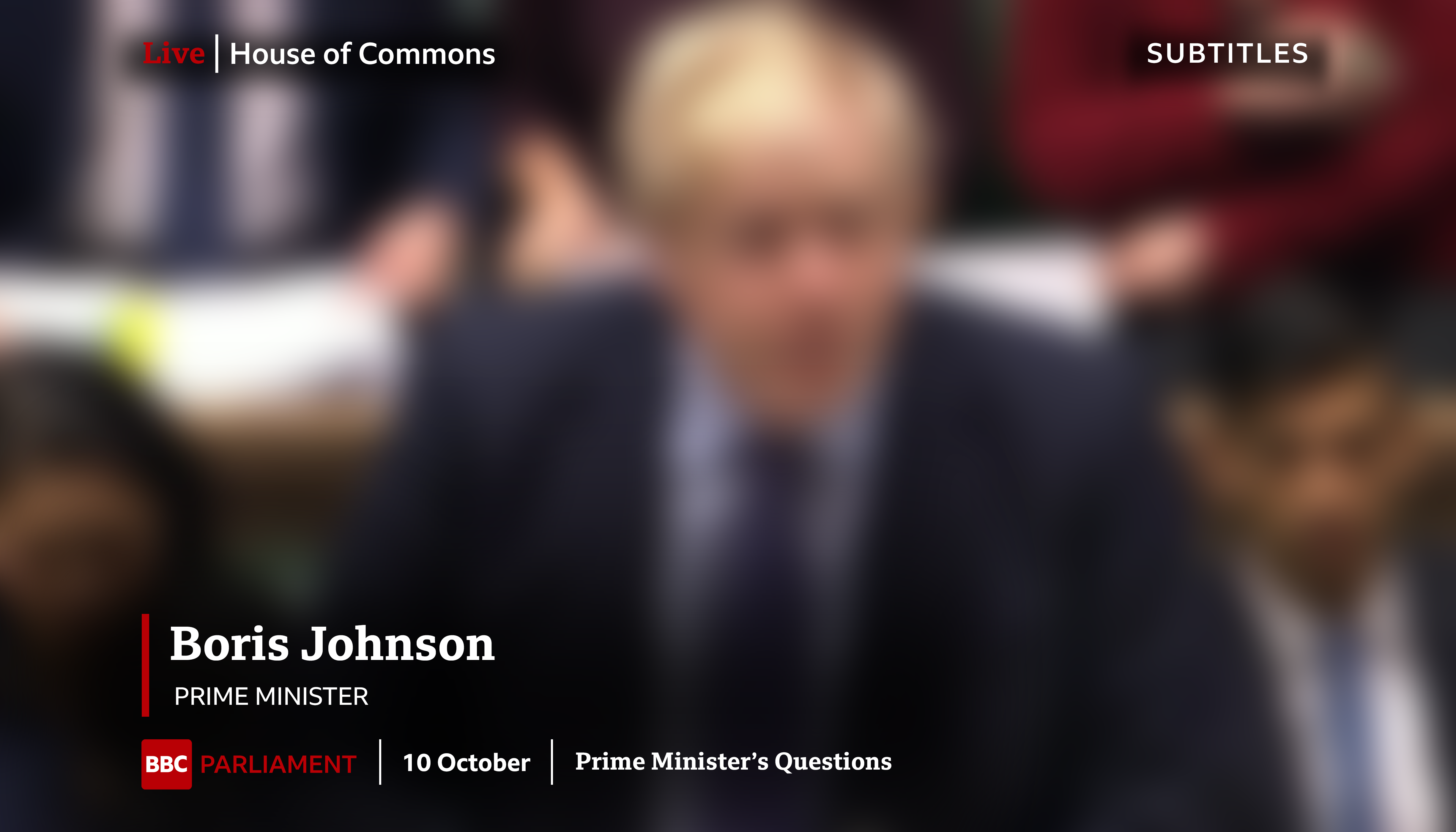 Which brings me to what I would like to call a "theory test". Here I'm gonna put these new graphics on a real background (like I did in the past) to see if it looks good on screen. This is obviously hidden, so you're gonna have to expand the box below to see the magic happen. 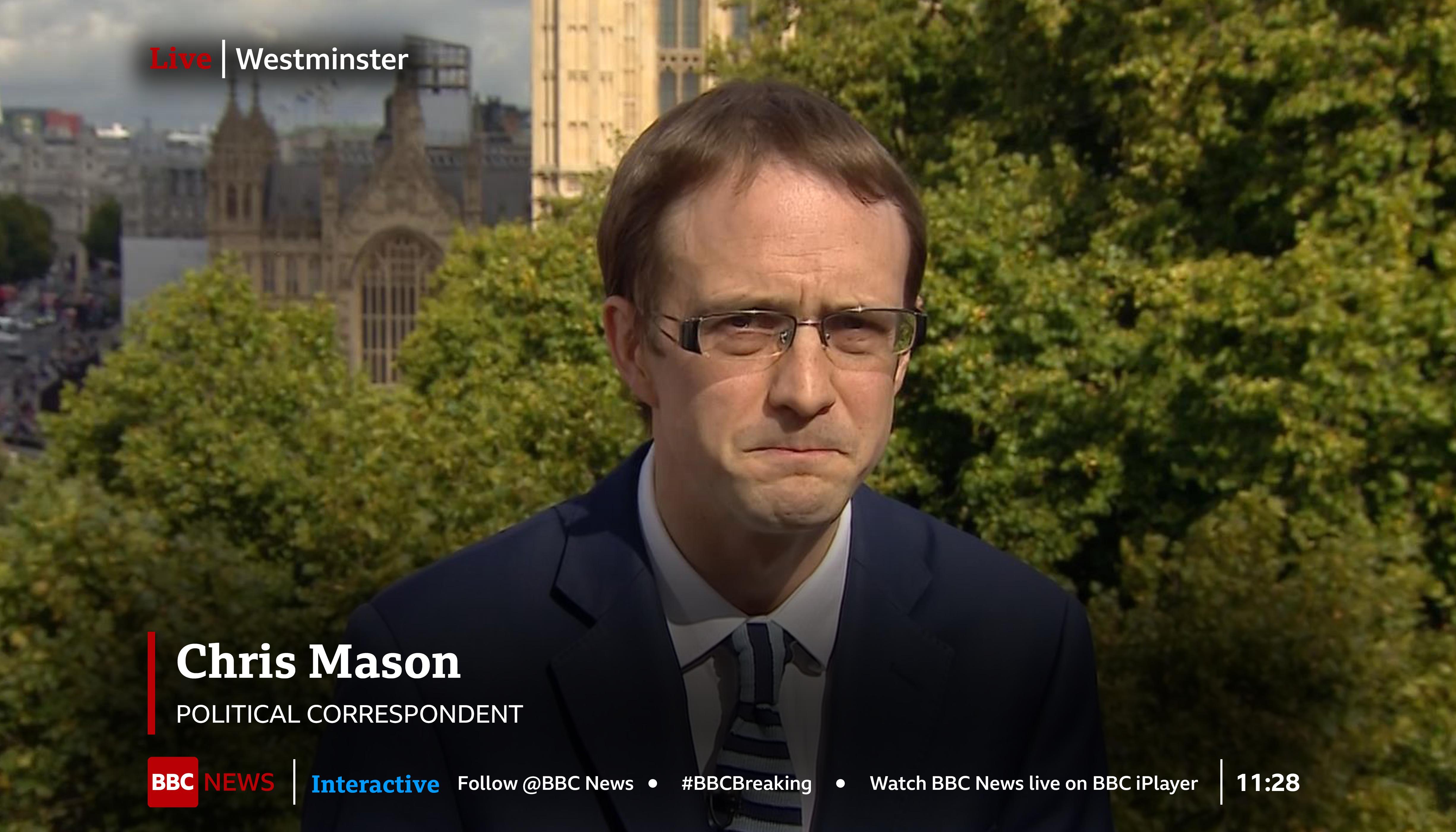 AlfieMulcahy posted:
I think for the BBC2 & BBC1 breakdown cards you should feature your curves and circles motifs possibly moving up and down. just to add some movement


...I've implemented the patterns to the BBC One and Two breakdown slides, along with BBC Four. 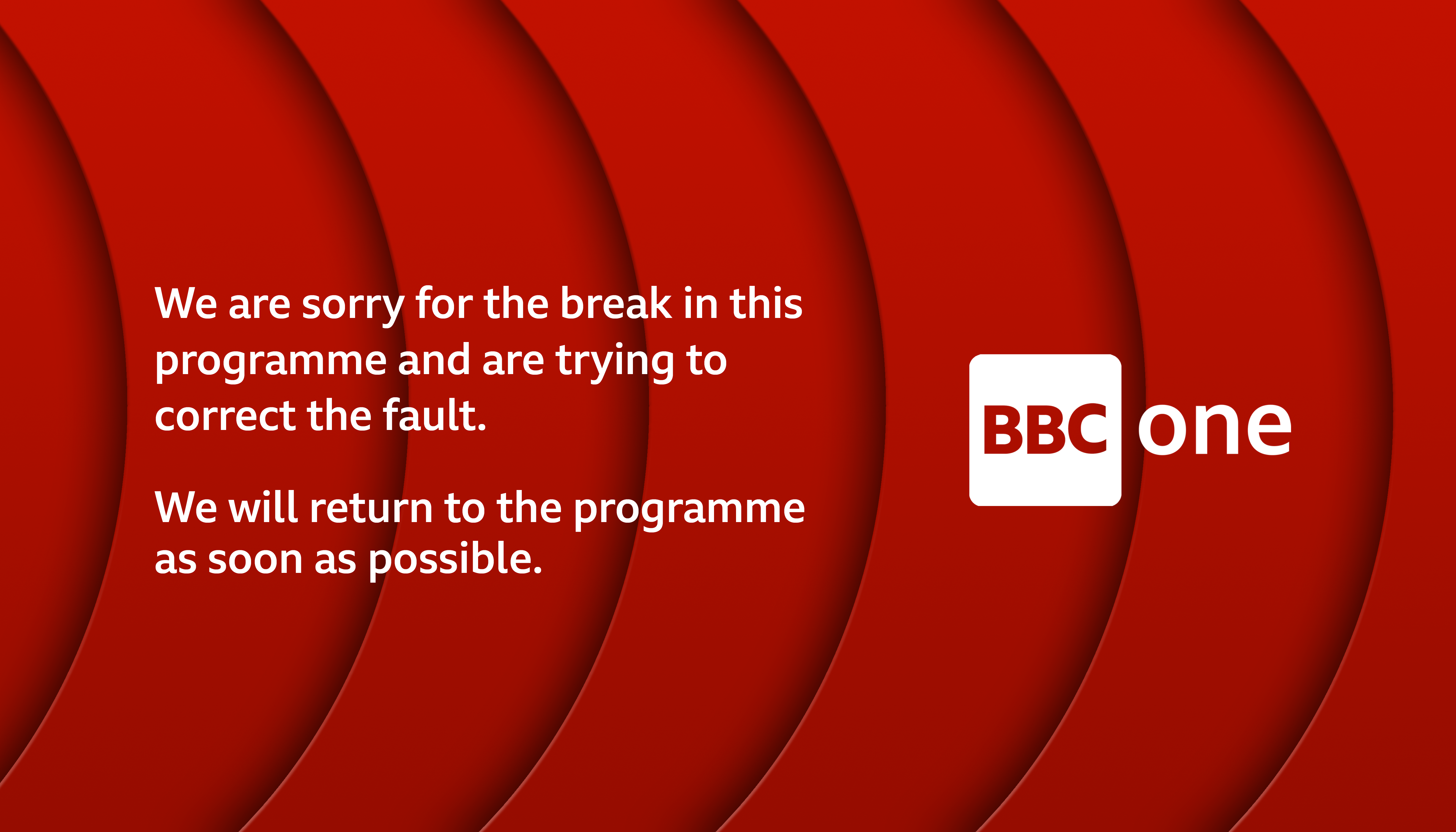 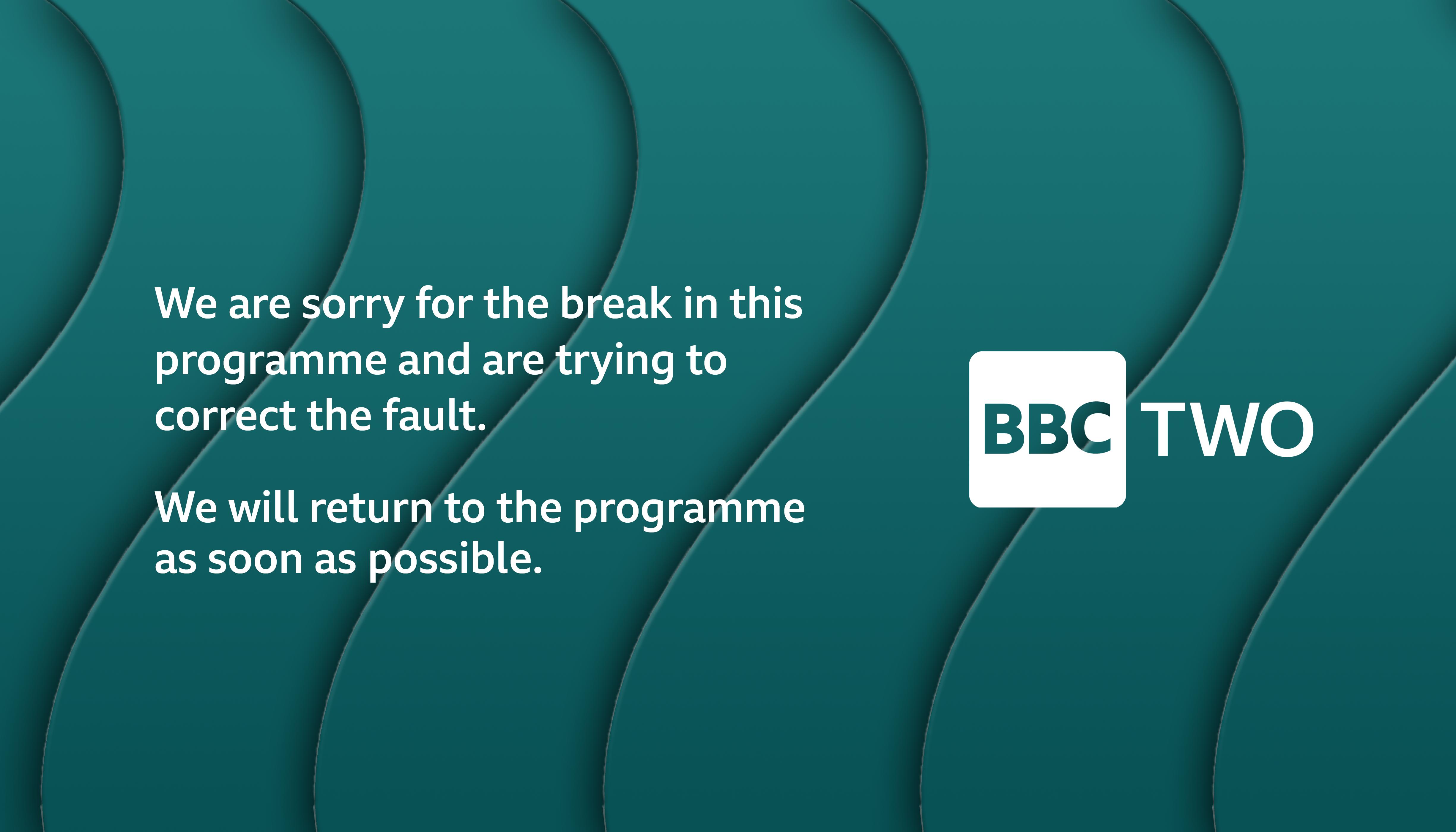 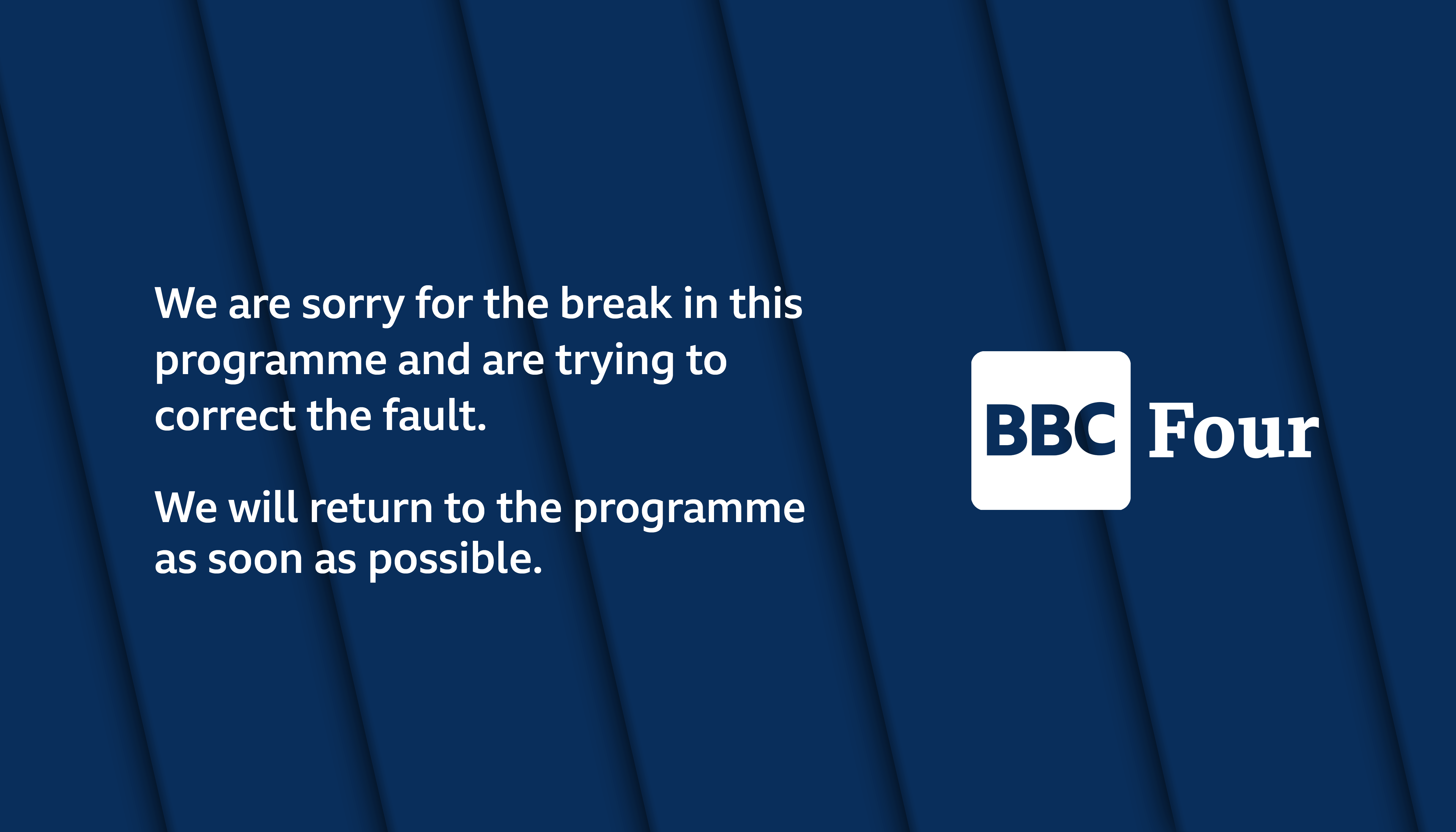