Catchup: all posts in the last 24 hours


Well, that's as maybe, but This Week was never broadcast during parliamentary recesses, and this show is seemingly a straight replacement for it so is seemingly following the same schedule. I know it's cheaper, but seemingly one of the reasons for commissioning this instead was to save money.

Andrew Neil wasn't on this week either.
Permalink
dbl9,299 posts since 11 Jun 2004 20 February 2020 10:06pm
London London
Identity posted:
Oh yeah JAS84 forgot about that. Would you say both channels and run from the same building then or is utv controller from its own territory?

UTV playout moved to RED BEE (Ericsson) in Chiswick [ITV playout], but I'm guessing it depends how they've set up the chain. I suspect UTV's playout is fairly basic compared to the network. (I.e. no ECPs, Menus - idents and ECVOs only)
Permalink
Steve Williams2,959 posts since 1 Aug 2008 20 February 2020 10:02pm
james-2001 posted:
Did anyone remember that was even still going? They seemed to give up on it after a few years.


As I said two posts above yours, it's still running, and it's easy to work out why they'd be checking in on the families more frequently in the early years because kids change so much so quickly. Not so much in their teens.
Permalink
peterh280 posts since 6 May 2012 20 February 2020 9:57pm
Central (East) East Midlands Today
Technically as no formal single uk constitution exists, the role of prime minister is enshrined in the various acts and laws etc that act to form a constitution - do Irish tv follow the taosich to the president like the uk channels follows the pm to the queen after the election is resulted
Permalink
Lieuwe50 posts since 4 May 2018 20 February 2020 9:56pm
Some exciting news about the show!

- The interval act in the final will be a medely with 8 ex-winners to celebrate the 65th anniversary. Some winners will perform live in Ahoy, but some will also perform at well-known locations in the city Rotterdam (such as the Erasmus bridge and euromast, etc). That will also be with the public, but pre-recorded. However, it must feel like it is live. Those winners who participate are: Gigliola Cinquetti (1964), Lenny Kuhr (1969), Teach In (1975), Sandra Kim (1986), Paul Harrington & Charlie McGettigan (1994),
Alexander Rybak (2009), Duncan Laurence (2019).

- Every show opens with images of freestyle dancers moving around the Netherlands.

- Duncan will sing a special version of 'Arcade' in the first semi final. The second semi final will be opened by breakdancer Redo.

- And about the stage.... There will be a second (transparant) LED Wall !

Why have one giant LED wall? Let’s add a second, semi-transparant, diagonally positioned screen to create intimate settings at the B-stage! And who knows, what else... 😏🎉 #OpenUp #Eurovision pic.twitter.com/5wJTgYz4wL

1
Sh1ruba gave kudos
Permalink
ToasterMan (previously BeanosOnToast) 106 posts since 17 Feb 2016 20 February 2020 9:56pm
Granada North West Today
Also worth mentioning that Granada was one of the founders of BSB in 1986, and provided programming for its five channel service that launched four years later after numerous delay, until, of course, BSB merged with Sky to create BSkyB in November. 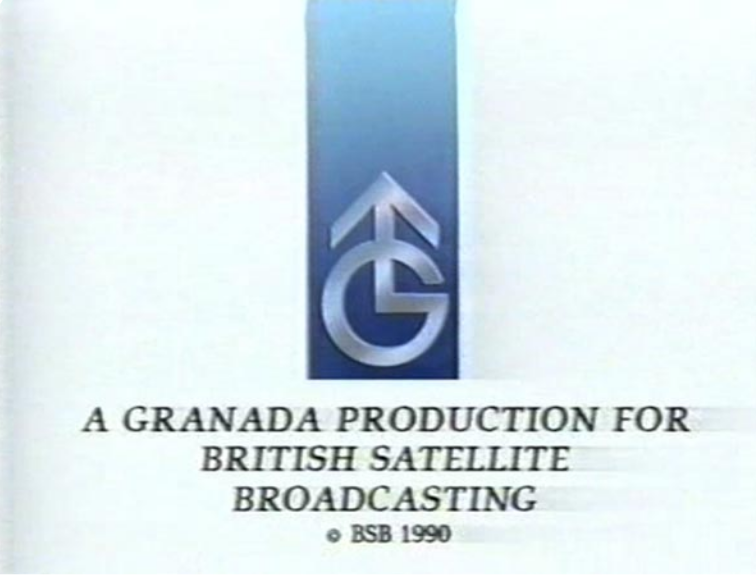 They even threatened to sell their programming to satellite had they lost the Channel 3 North West franchise in 1991, which, of course, didn't happen.

But six years later, Granada did it anyway, as they and BSkyB formed Granada Sky Broadcasting Limited (now ITV Digital Channels Limited) to create four channels dedicated to Granada's ever-expanding film and TV archive, until BSkyB sold it's stake in the venture to the rechristened ITV plc in 2004, (although Men and Motors survived until April Fools Day 2010).
Last edited by ToasterMan on 20 February 2020 10:03pm - 3 times in total
Permalink
dosxuk4,389 posts since 22 Oct 2005 20 February 2020 9:51pm
Yorkshire Look North (Yorkshire)
Overnight turnarounds for studios is standard. TVC was literally built to be able to do it.
1
Brekkie gave kudos
Permalink
JKDerry2,312 posts since 15 Oct 2016 20 February 2020 9:40pm
UTV Newsline
Just noticed that QI will be recorded in Studio TC1 on the Thursdays of the week SNT are in the studio the following Saturday - that is a fast turnaround for the sets, as QI films two episodes a day.

Tomorrow's Last Leg for Channel 4 will come from Elstree Studios, as it was impossible for them to film live there with SNT in the following day - I wonder which stage Last Leg will use there?
Permalink
BFGArmy547 posts since 15 Jan 2018 20 February 2020 9:16pm
London London
Would it be too harsh to suggest CNN is the 'Coronavirus News Network' these days. It's no doubt a big news story but every time I tune in these days they're leading with the coronavirus story and in particular the 'Diamond Princess'. I wouldn't be surprised if they'd interviewed everybody on that ship at this point.

Still at least we're nearly had a full week of Your World Today/The Brief in the first time for what must be 3-4 months. It says it all when it's a surprise when CNN actually stick to their scheduled programming.
Permalink
Previous Next
123456